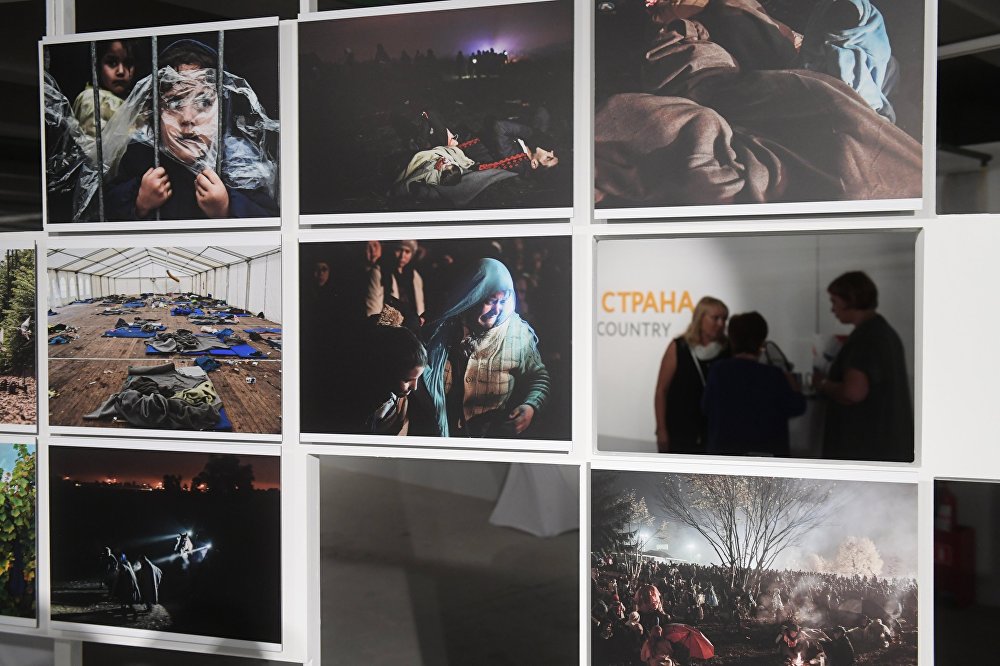 MOSCOW, September 23, Rossiya Segodnya Press Service – The winning entries of the Andrei Stenin International Photo Contest, organized by Rossiya Segodnya under the auspices of the Commission of the Russian Federation for UNESCO, are continuing their trip around Russia and the world. Following an exhibition in the Museum of Moscow, the Maribor Festival of Photography (Slovenia) will host the winning photographs. The festival will run from September 23 through October 14, 2016. Visitors will see a multimedia exhibition, including over 200 works by young photographers who are setting the direction of photojournalism. The Slovenian festival will be followed by Russian and international venues, including the FotoIstanbul festival (Turkey), the All Russia 2015 19th Journalist Festival in Sochi, the PhotoVisa festival in Krasnodar and others. For more information about the winners and their works, please go to the 2016 Winners section on the stenincontest.ru website.
“We are happy to take part in the festival and present the exhibition of the winning entries in the Andrei Stenin International Photo Contest. We used a multimedia format to display the works. As part of the main exhibit, we installed a projector, which displays photos on a modern 4K screen. I’m sure that the exhibition in Maribor will enable all those interested to see the best and the most important images by young world photographers,” said Alexander Shtol, Director of Photography at Rossiya Segodnya.
Matiz Zorman, a Slovenian photographer, is one of the winners. He often works in the Gaza Strip in the Middle East and believes that “photography is a powerful tool for showing and spreading the truth.” In his works he pays special attention to the humanitarian dimension of armed conflicts.
Background to the Contest
The Andrei Stenin International Press Photo Contest aims to promote young photographers and attract public attention to photojournalism and its mission. It is Russia’s only platform to discover new photojournalists and develop high standards for documentary photography in Russia and the world.  In 2016, about 6000 entries by young photojournalists from 71 countries, including Russia, have been submitted to the Andrei Stenin International Press Photo Contest
The contest covers five continents, stretching from Europe and North and South America to Africa, Australia, the Middle East and Southeast Asia.  Russian participants are drawn from all corners of the country – from Kaliningrad, Moscow and St. Petersburg to Vladivostok and Yalta.