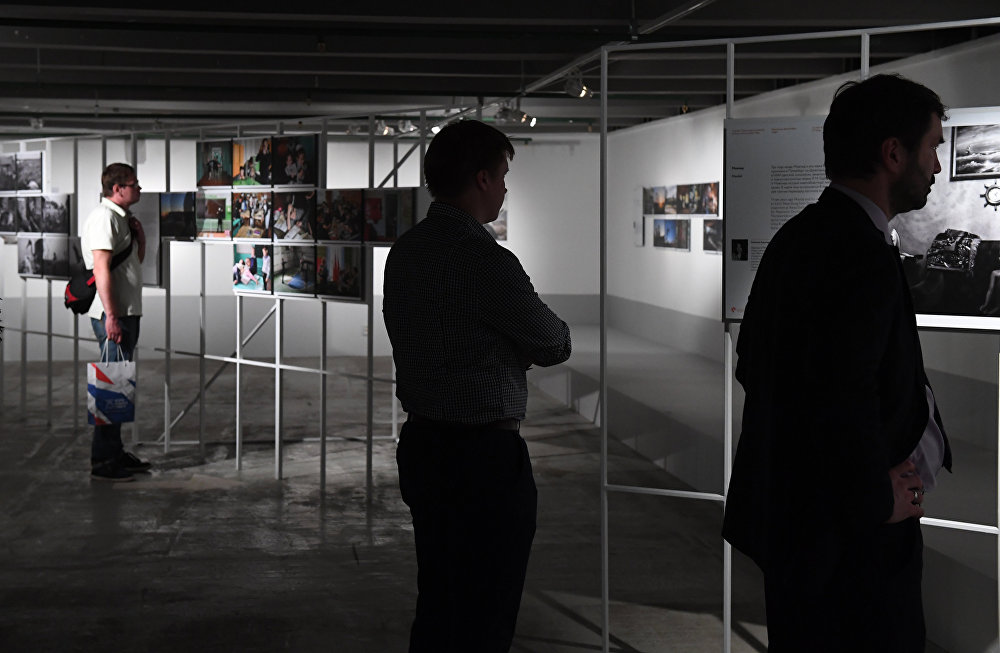 Moscow, October 18, Rossiya Segodnya Press Service. — The Andrei Stenin International Press Photo Contest will exhibit a selection of the winning entries in South Africa. The exhibition by young photographers from around the world will be held in Cape Town between October 24 —  November 6. The exposition trip to South Africa is part of winning entries international tour. The exhibition will stop in Paris, Beijing, Berlin, Cairo and other cities.  Between October 24-28 the exhibition – best of the best photojournalists — will be held at the Eclectica Gallery at 69 Burg Street  and between October 31-November 6 at the Mullers Gallery at Longmarket Street and Parliament Street.
The exhibition in Cape Town will feature a photo series by a winner from Italy Danilo Garcia Di Meo about a paralysed girl named Leticia and Dmitry Tkachuk’s  alternative view on permafrost, Hungarian photojournalist Balazs Beli’s photo story about migrants and  athletes in the dynamics of the jump into the water from the Russian photojournalist  Alexey Malgavko and many other pictures that are in a few years will become a classic photo essay.
The Andrei Stenin International Press Photo Contest aims to promote young photographers and attract public attention to photojournalism and its mission. It is Russia’s only platform to discover new photojournalists and develop high standards for documentary photography in Russia and the world.  In 2016, about 6000 entries by young photojournalists from 71 countries, including Russia, have been submitted to the Andrei Stenin International Press Photo Contest. The contest covers five continents, stretching from Europe and North and South America to Africa, Australia, the Middle East and Southeast Asia.  Russian participants are drawn from all corners of the country – from Kaliningrad, Moscow and St. Petersburg to Vladivostok and Yalta.  Submission entry period will start at 22nd of December 2016.
The exhibition in South Africa is supported by the Consulate General of the Russian Federation in Cape Town and  Independent Media, which is one of the leading South African print media companies. It publishes 19 major newspapers, including the Johannesburg-based Star, Cape Town-based Cape Times, Cape Argus, and Mercury.