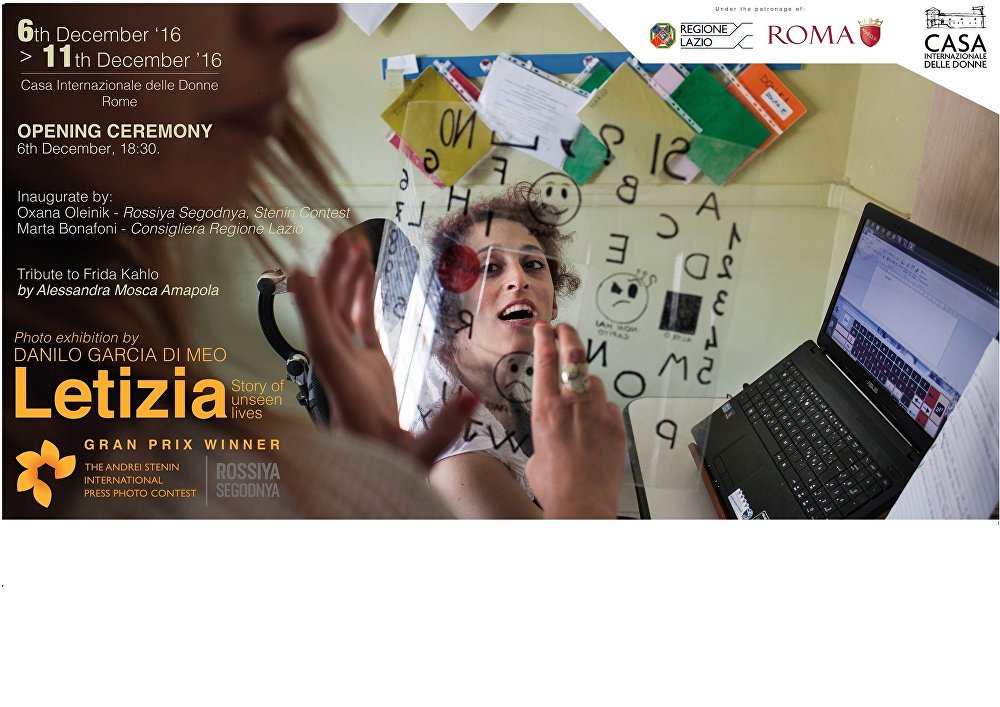 Stenin photo contest: Love of life in a Rome exhibition

In November Letizia for the first time, has flown from Rome to Moscow to prove that the impossible is possible. Russians first learned about Letizia when her compatriot, Danilo Garcia Di Meo, was proclaimed the best young photographer at the 2016 Stenin contest organized by Rossiya Segodnya. Letizia didn’t think twice when she received an invitation to visit Russia. As soon as the doctors gave her the all-clear, she went to Moscow, where thousands of people have seen the series titled “Letizia, A Story of an Invisible Life”.

The Andrei Stenin International Press Photo Contest is held by Rossiya Segodnya under the patronage of the Russian Federation’s Commission for UNESCO. It aims to promote young photographers and attract public attention to photojournalism and its mission. It gives a chance to talented young photographers who are open to everything that is new and who attract our attention to people and events.

The 2016 contest was the largest ever since its establishment. The jury had to choose from among 6,000 entries by young photojournalists from 71 countries, including Russia. The contest covers five continents, stretching from Europe and North and South America to Africa, Australia, the Middle East and Southeast Asia. Russian participants come from all parts of the country – from Kaliningrad, Moscow and St. Petersburg in the west to Vladivostok in the Far East and Yalta in the south.