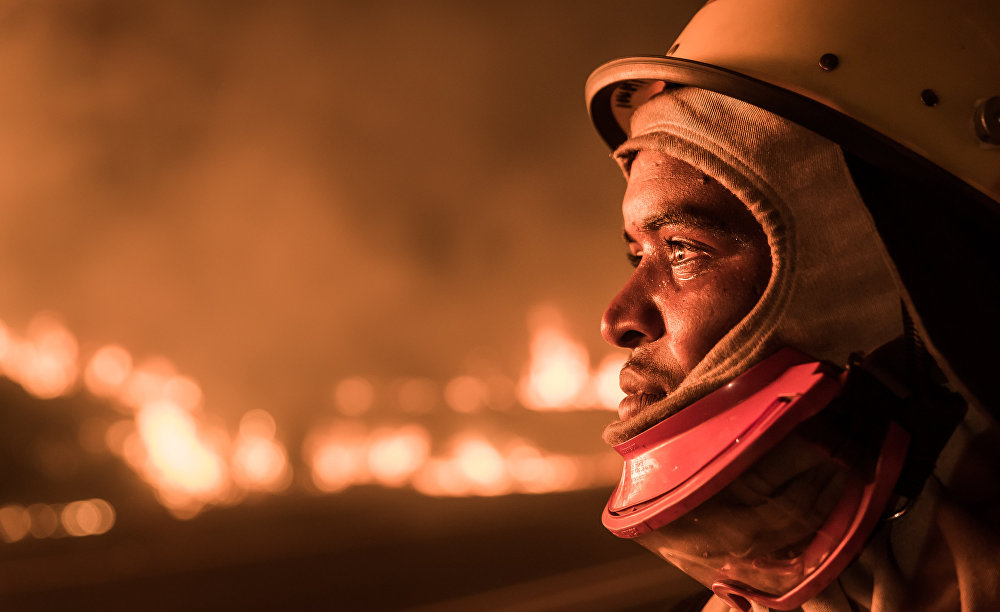 MOSCOW, July 19, Rossiya Segodnya Press Service. Cape Town photographer Justin Sullivan and his documentary series Walking with Fire: Going Beyond won the online poll of the Andrei Stenin Photo Contest. His story about the fight against fire, a plague that destroys hundreds of thousands of hectares of forest in South Africa, stands between arthouse and photojournalism. Sullivan himself says that the photos “represent the intrinsic mix of beauty versus destruction that Mother Nature can offer.” The series has become an absolute leader of the poll and got more than 25% of the online votes.

Looking back on his work on the series, Sullivan commented: “ The 'Wild Fire' images have been part of an ongoing project over the past 3 years and it brings me unimaginable Joy to see South African fire fighters from various agencies featured on an international platform. I’ve invested a huge part of my life over the past 3 years to become a fully trained wildland firefighter, spending countless nights high up in the mountains with firefighting teams and made countless sacrifices on a personal level. More so, the feature in the contest promotes further interest in Fires on a global scale and will hopefully continue to drive investment and environmental conservation for the industry. ”

The online poll winner will receive a diploma along with the contest winners that will be announced at stenincontest.com on August 6, 2018. The award ceremony will take place in the fall, followed by an exhibition of the winning photographs in Moscow.

The Andrei Stenin International Press Photo Contest was launched by Rossiya Segodnya under the aegis of the Russian Commission for UNESCO. Its main goal is to support young photographers and draw public attention to the challenges of modern photojournalism. This contest is a platform for young photographers; talented, empathetic and open-minded, they draw our attention to people and events around us.