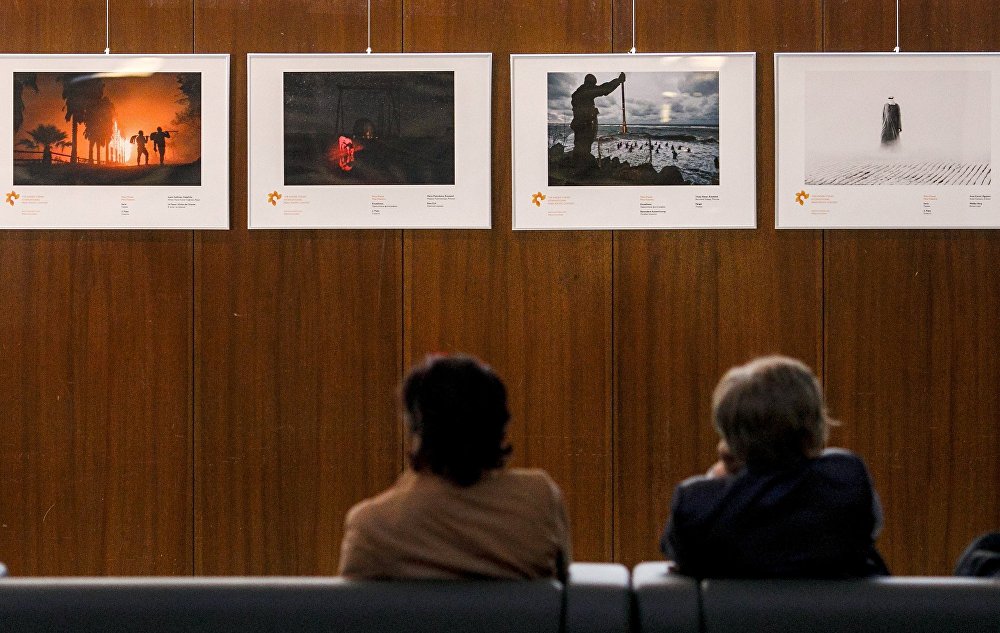 The exhibition is being held at the Russian Center of Science and Culture in Berlin and will run through April 7.

"The exhibition enjoys significant success. We had exhibitions, for example, at [All India Fine Arts and Crafts Society’s Gallery] and we were greeted there as if we were cinema stars… Obviously, it is largely due to the quality of the current works. We can argue that the contest is developing and showing a new, higher standard of excellence every year," Rossiya Segodnya Director of Photography Alexander Shtol told Sputnik.

According to Shtol, the contest has been particularly attractive to young photographers interested in further artistic development.

Meanwhile, it turned out that many visitors to the exhibition did not know why the contest was named after Andrei Stenin.

"We will be explaining that — where and why Andrei Stenin was killed. Perhaps, not everyone wants to know that. But I am confident that history will judge us and [these developments] will once receive a correct assessment," Shtol said.

The exhibitions of the 2018 contest's best photographs have already been showcased in Argentina, Belgium, China, the Czech Republic, India, Israel, Japan, Lebanon, Russia, South Africa, Spain and the United States.

The Andrei Stenin International Press Photo Contest was first organized in December 2014 in memory of Russian photojournalist Andrei Stenin. He was killed while on assignment in the Donetsk region in eastern Ukraine on August 6, 2014, after his car burned down after being shot at on a highway. The photo contest aims to promote young photographers and attract public attention to photojournalism.