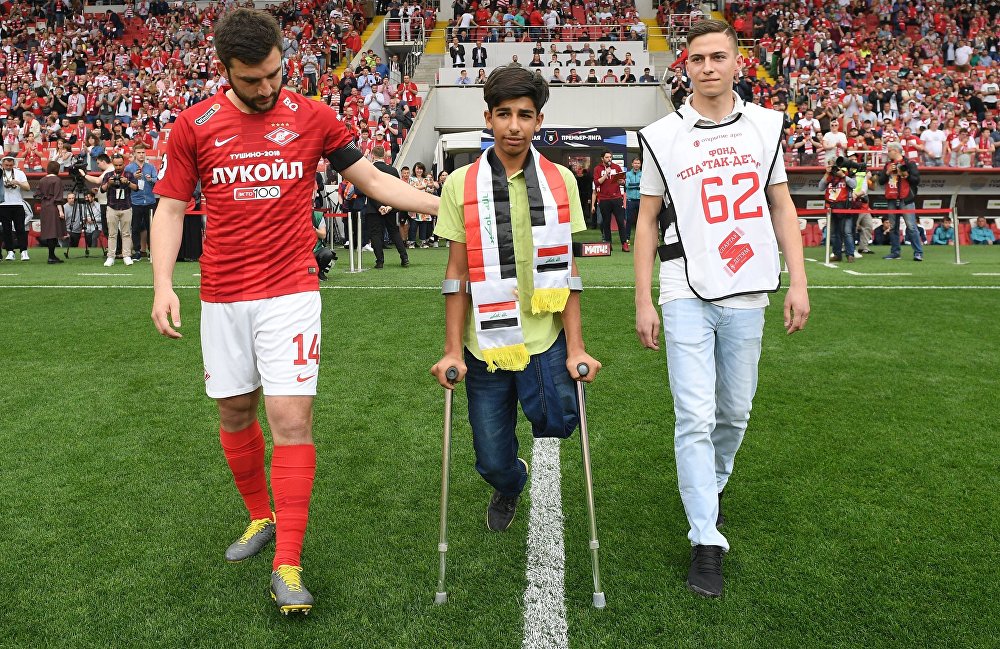 MOSCOW (Sputnik) — Iraqi boy Qassem Qadim, who was captured on a photograph titled "Desire for Life", will undergo a medical examination at the Moscow Institute of Emergency Children's Surgery and Traumatology, and then doctors will make a decision considering replacing his missing leg with a prosthesis, the head of the institute told Sputnik.

"We should examine the child. We should learn what state his residual limb is in, we should also learn about his condition from the point of view of somatics, and then we will make a decision on the prosthesis. He will undergo medical examination at the Vishnevsky Institute [of Surgery in Moscow] and in our institute", Leonid Roshal told Sputnik.

Thanks to Taisir Mahdi, the author of the photograph that won gold in the sports category of the 2018 Andrei Stenin International Press Photo Contest, the young football player, who stands up to his peers in spite of having lost his leg, has become famous all over the world.

The famous boy was captured on video during his trip in Moscow.

His cheerfulness, motivation, and resilience for overcoming difficulties could not but touch people's hearts and raise the desire to help. The boy arrived in Moscow on Saturday on a week-long visit at the invitation from the organiser of the Andrei Stenin contest, the Rossiya Segodnya International Information Agency. Rossiya Segodnya Editor-in-Chief Margarita Simonyan said last autumn that the boy could receive medical treatment in Russia.

The Andrei Stenin International Press Photo Contest was launched by Rossiya Segodnya under the aegis of the Russian Commission for UNESCO. Its main goal is to support young photographers, aged between 18 and 33, and draw public attention to the challenges of modern photojournalism. This contest is a platform for talented, empathetic, and open-minded photographers.