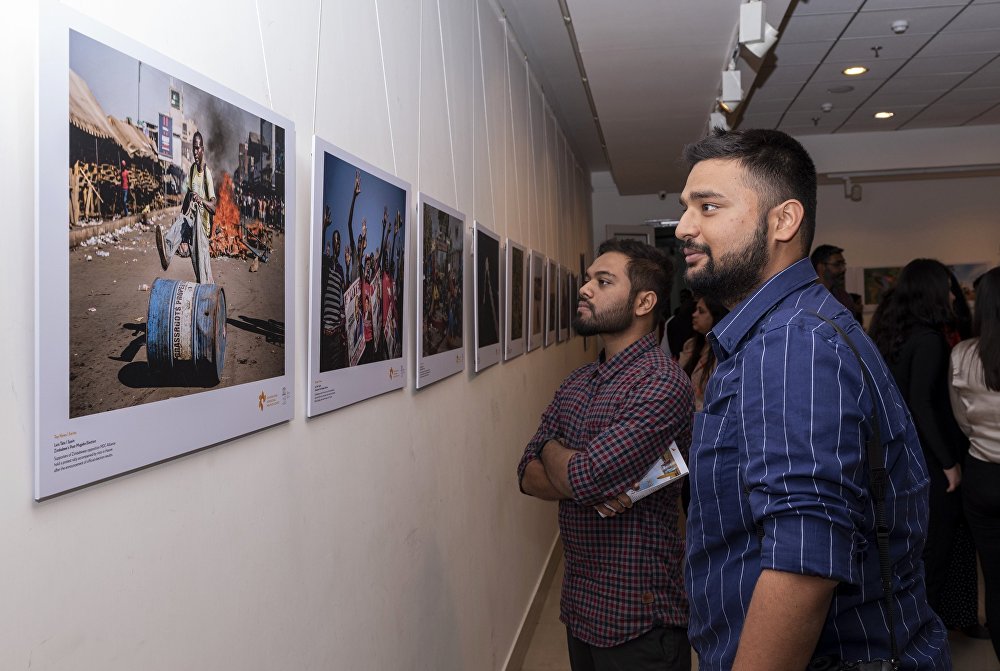 NEW DELHI, November 29 (Sputnik) — An exhibition of works by winners of the Andrei Stenin International Photo Contest opens on Friday in the Indian capital of New Delhi.

The All India Fine Arts & Crafts Society gallery will display several dozens of photos taken by the world's best young photojournalists who won this year in the prestigious international competition organized by Rossiya Segodnya International Information Agency under the auspices of the Russian Commission for UNESCO. The exhibition has already been held in Moscow, Budapest, Cape Town, New York, and Italy's San Donato Milanese.

The Indian exhibition will cover a wide spectrum of topics, including forced migration, the preservation of one's ethnic distinctiveness, ecology, social volunteering and animal protection.

India is represented by Santanu Dey's colorful ethnographic series on the ancient Kolkata's vanishing professions, Debarchan Chatterjee's documentation of protests' against the crackdown on the country's lower and middle classes, and vivid depictions of sporting activities by Amit Moulick and Ayanava Sil.

The Andrei Stenin International Press Photo Contest was launched in memory of Russian photojournalist Andrei Stenin, killed in the Donetsk region in eastern Ukraine on August 6, 2014, after his car was shot at and burned on a highway.

About the contest:
The Andrei Stenin International Press Photo Contest was launched by Rossiya Segodnya under the aegis of the Russian Commission for UNESCO. Its main goal is to support young photographers and draw public attention to the challenges of modern photojournalism.

This contest is a platform for young photographers; talented, empathetic and open-minded, they draw our attention to people and events around us.