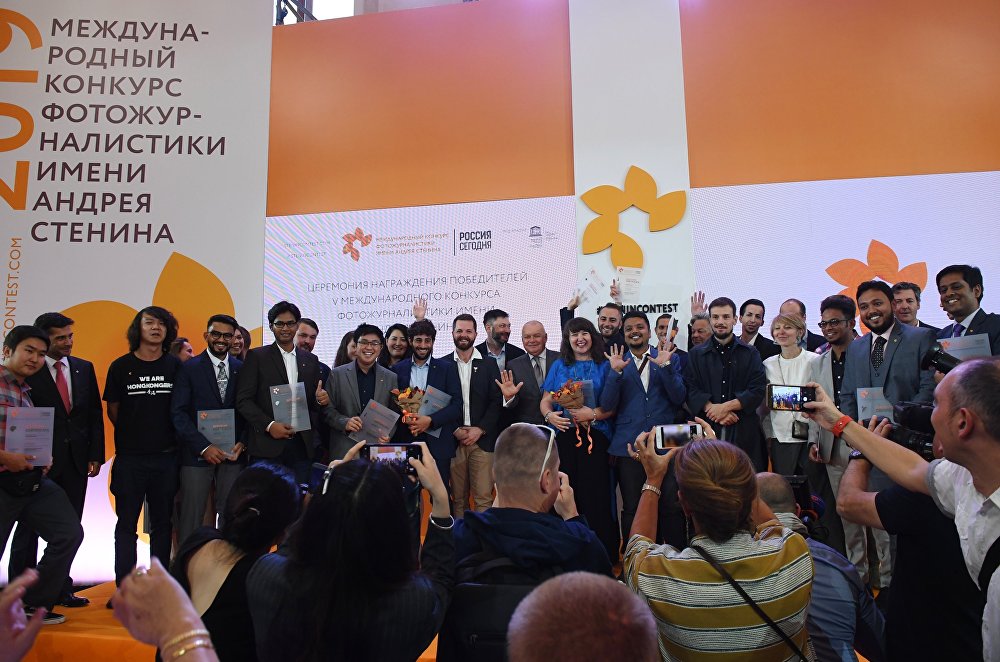 As per tradition, December 22, the birthday of Rossiya Segodnya photojournalist Andrei Stenin, is the day the contest, named after him, starts accepting submissions. The contest, established by the media group in memory of their colleague in 2014, aims to promote and support young photojournalists aged between 18 and 33. Submissions will be accepted until February 29, 2020. Photo series and single photos can be submitted through the stenincontest.ru website in Russian, English and Chinese. The 2020 competition will include four categories Top News, Sport, My Planet, and Portrait. A Hero of Our Time. One single entry and one photo series can be submitted in each of the four categories.

Cash awards for the 2020 competition will be 125,000, 100,000 and 75,000 rubles for the first, second and third places in each category. The winner of the highest Stenin competition award – the Grand Prix – will receive 700,000 rubles. Apart from the financial side, the contest gives young photojournalists the opportunity to show their work at Russian and international venues – a touring exhibit of the winners has become an integral part of the project and has been shown in dozens of cities in Europe, Asia, Latin America, Africa, and the Middle East.

Since 2018, the New York headquarters of the main international organization for strengthening peace and security in all countries, the United Nations (UN) has been one of the exhibit venues for Stenin contest winners.

Oksana Oleinik, the curator of the photo contest and the head of the Visual Projects Service at Rossiya Segodnya, commented: “The Andrei Stenin Contest is entering a new phase in 2020. We marked the first five years in 2019, and we would like the next five, ten or more years to see the competition develop and grow dynamically. We are looking forward to even more participants next year, and more interesting works. Discovering new names in photography is an incredibly exciting and responsible task, and I'm sure the international jury will do a great job in 2020. We invite young photojournalists from around the world to participate in the 2020 contest and we wish them all good luck.”

The 2019 Andrei Stenin International Press Photo Contest was supported by major Russian and international media, news agencies and the photo community. Shanghai United Media Group (SUMG), the China Daily web portal, the Al Mayadeen Arab media network, and the International Committee of the Red Cross (ICRC), one of the largest humanitarian organizations in the world, awarded special prizes as partners of specific categories.