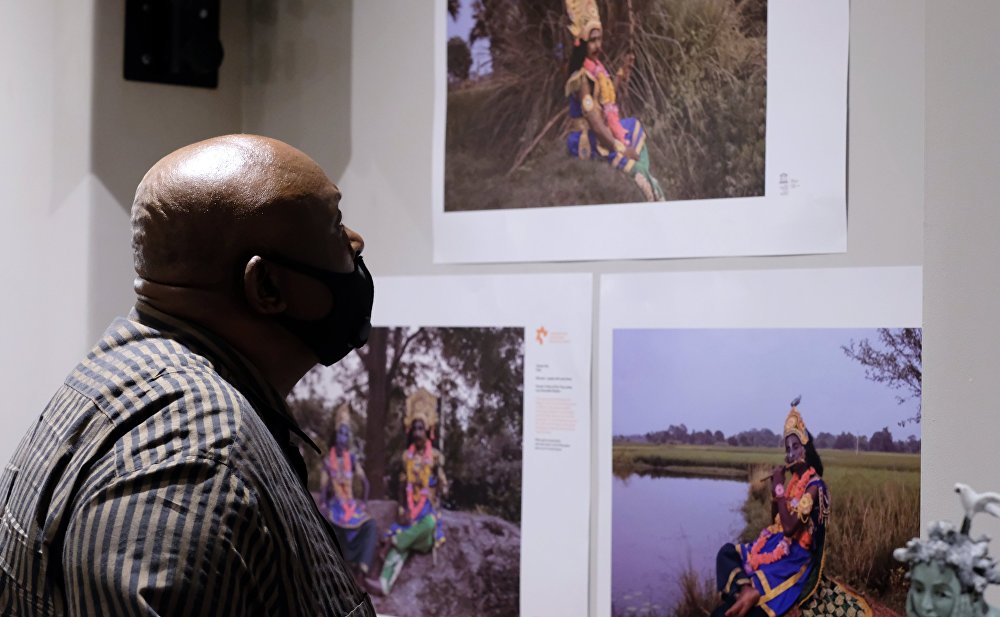 The administrative capital of South Africa, Pretoria, is the second city to host the traveling international exhibition of the Andrei Stenin International Press Photo Contest winners this year.

Supported by the Russian Embassy in South Africa, the exhibition at the Apogee Hotel displays over 40 single photographs and photo series by representatives of South Africa, Russia, India, Turkey, Bangladesh, the United States, Spain, Austria, Hungary and several other countries. The exhibition will run until January 6, 2021. Admission is free.

All the photographs on display in Pretoria concern the most topical issues of modern times. It is the young photojournalists’ response to global humanitarian threats, environmental problems, national self-identification issues, social problems and the challenges of living in big cities and small towns.

“We regard the Stenin Contest as a prominent platform for young photographers to showcase their skill and talent. In a sense, photographs are mirrors where we can see how versatile our world truly is and Stenin Contest turns the mirrors into a kaleidoscope. We find it natural that the Republic of South Africa is among the host countries for Stenin Photo Exhibition, given an impressive participation record of South African photographers at the Andrei Stenin Contest.  In 2017, Phandulwazi Jikelo claimed 1st place in Top News nomination, in 2018 Justin Sullivan has won South Africa another “gold medal” in the very same category and took 2nd place in My Planet nomination. A year later, he improved his result – 1st place in “My Planet”. Finally, 2020 brought South Africa another accolade:  the photo series “Ebola: Democratic Republic of the Congo” by John Wessels earned the ICRC's special prize For Humanitarian Photography in the Top News category.”

In his video message to the participants and guests of the opening ceremony, Alexander Shtol, Executive Director of the Andrei Stenin Contest and Director of Photography at Rossiya Segodnya, noted:

“Our winners are high-class professionals, and I hope that our contest will become a springboard for them in their work and in the future, it will reveal many new names to the world of photography. I hope we will receive many submissions from young photographers from South Africa and other African nations for next year, and perhaps, we will see them among the winners in 2021.”

The 2020 Andrei Stenin photo contest roadshow includes several countries: it will begin once COVID-19 quarantine restrictions are lifted. Until then, the winning photos from 2020 can be seen online in the virtual gallery (https://www.kunstmatrix.com/en/stenin-contest).

The global tour of photos by winners of the Andrei Stenin Contest-2020 (http://stenincontest.com) launched in the capital of the Democratic Republic of the Congo, Kinshasa, on December 18.