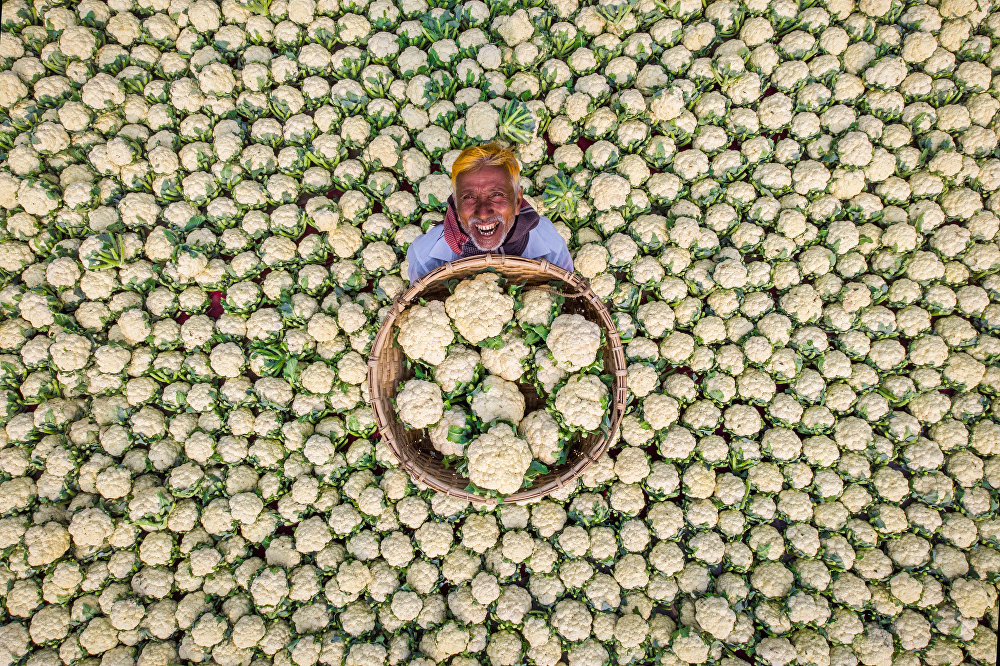 Internet users have chosen "Happy Farmer" by Rafid Yasar, Bangladesh, as the best single work of the Andrei Stenin International Press Photo Contest. The photo, which shows a villager with his harvest of cauliflower, won almost a quarter of the online votes.

Yasar hopes that his work’s recognition by a wide audience will help him make his dream of becoming a film director come true.

“I understand that popular voting is for the Grand Prix, but each vote means support. I don’t know if there is any participant in the contest hoping to win as much as I am. However, let the strongest work win,” he said.

At the end of September, the Andrei Stenin Photo Contest will hold an online ceremony to announce the winner of the Grand Prix, as well as the winners of the category awards from the 2021 shortlist. As per tradition, the organizers plan to launch an international tour of the winning photos around various cities by the end of the year.