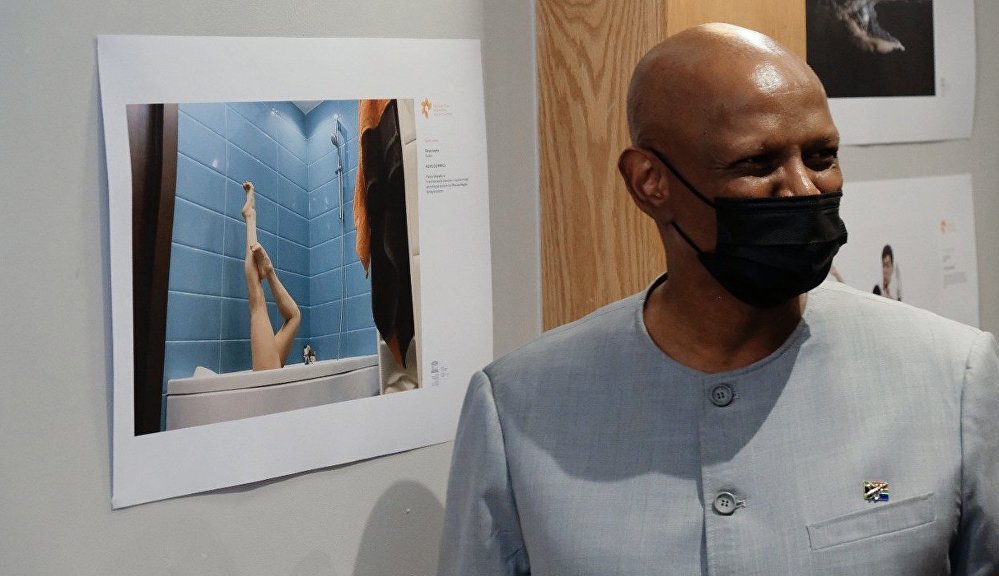 Pretoria: The Next Stop for 2021 Stenin Press Photo Contest Roadshow

PRETORIA, November 23 — RIA Novosti. The African stage of the international touring exhibition of winning photos from the Andrei Stenin Press Photo Contest for young photojournalists (http://stenincontest.com) continues in Pretoria, the administrative capital of South Africa.
The display at the Apogee Hotel gallery, organized with the support of the Russian Embassy in South Africa, presents several dozen images that won the 2021 competition. Among them are single photographs and series by photojournalists from 17 countries including Russia, Spain, Greece, Canada, Mexico, Germany, the UK, China and others, including Grand Prix winners.

For the first time in the history of the contest, the main prize was shared by two pieces: the М+Т, a photo series by Mary Gelman, photographer from St. Petersburg, and Turkish reporter Sebnem Coskun’s single photo “New danger to life below water: COVID-19 waste”.

The Pretoria exhibition will run until December 15, 2021. Admission is free.

The topics presented at the exhibition form a visual string of events that have sent traffic to news websites soaring over the past year. Among the highlights are the May protests in Minneapolis, natural disasters such as unprecedented outbreak of locust in Africa and Asia in the past 25 years, and the COVID-19 pandemic, which has already claimed millions of lives around the globe.

Opening the exhibition, Russian Ambassador to South Africa Ilya Rogachev said: «The Andrei Stenin International Press Photo Contest allows us, its viewers, to see our world through the lens of a photojournalist’s camera.

As Andrei Stenin said himself, «Journalists are the eyes of the citizens and the world.»

The 2021 Stenin Contest Roadshow will visit other countries and cities as soon as COVID-19 lockdown restrictions are lifted there. Prior to Pretoria, the winning photos were exhibited at the National Museum and the Free University of Kinshasa, DR Congo. Kinshasa opened the world tour of the exhibition on October 22.

According to tradition, the annual submission period starts on Andrei Stenin's birthday, December 22. Applications can be submitted in Russian, English  and Chinese  on the contest website.