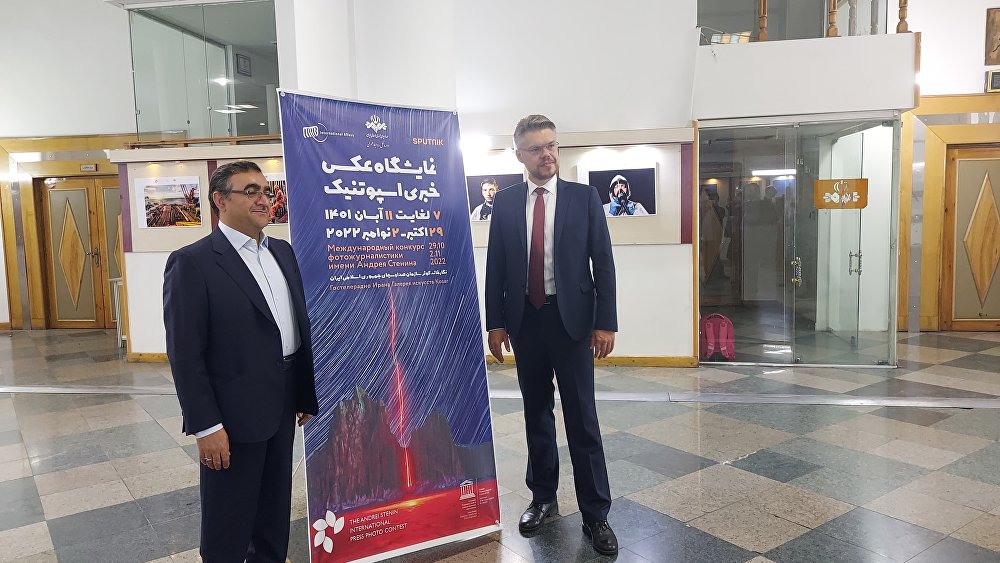 This is the first exhibition of the contest in Iran since its launch in December 2014. The exhibition will be open to the public until November 2; entrance is free.

When greeting the opening ceremony guests in the art gallery, IRIB World Service Director General for International Affairs Seyed Morteza Asghari reiterated that opening оf Andrei Stenin Contest exhibition in Tehran is one of the brilliant steps to promote the cultural ties.

“At last, after so many years, we are opening the very first exhibition of the Andrei Stenin Contest winners in Tehran. And not just in Tehran, but in the headquarters of Iran’s main television and radio broadcasting company, for which we thank our Iranian colleagues. I hope that the local audience will appreciate the contest.”

Thirty images featured at the show in Tehran include both singles and series taken by reporters from Iran, Turkey, China, Russia, Germany, Spain and other countries. Among others, the show features the works that won the 2021 Grand Prix: the M+T series by St. Peterburg photographer Maria Gelman, and New Danger to Life Below Water: COVID-19 Waste, a photo by Turkish reporter Sebnem Coskun.