The city with great past and silent present. 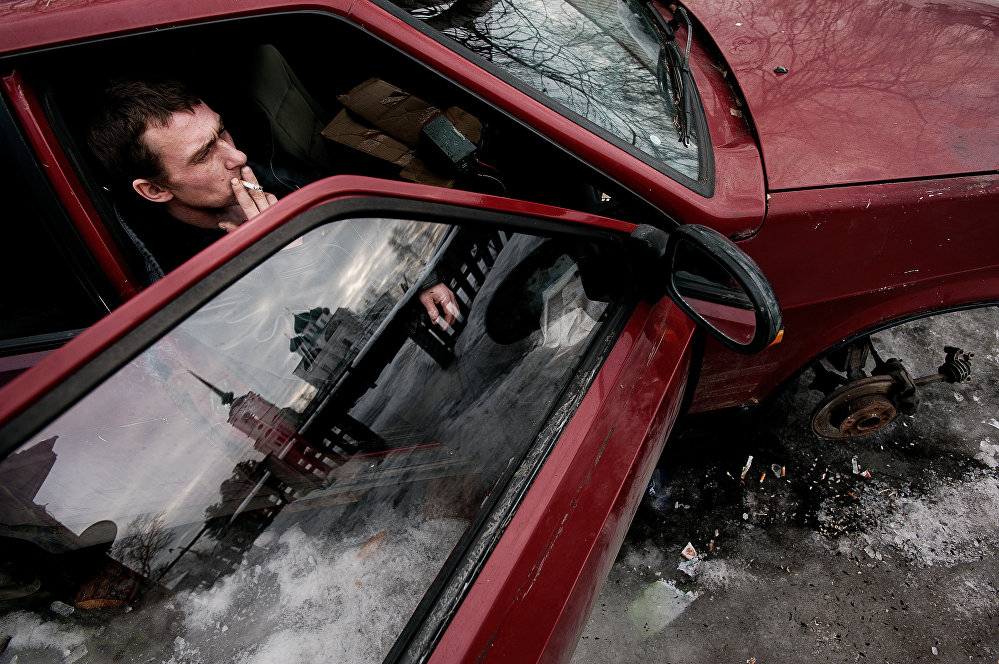 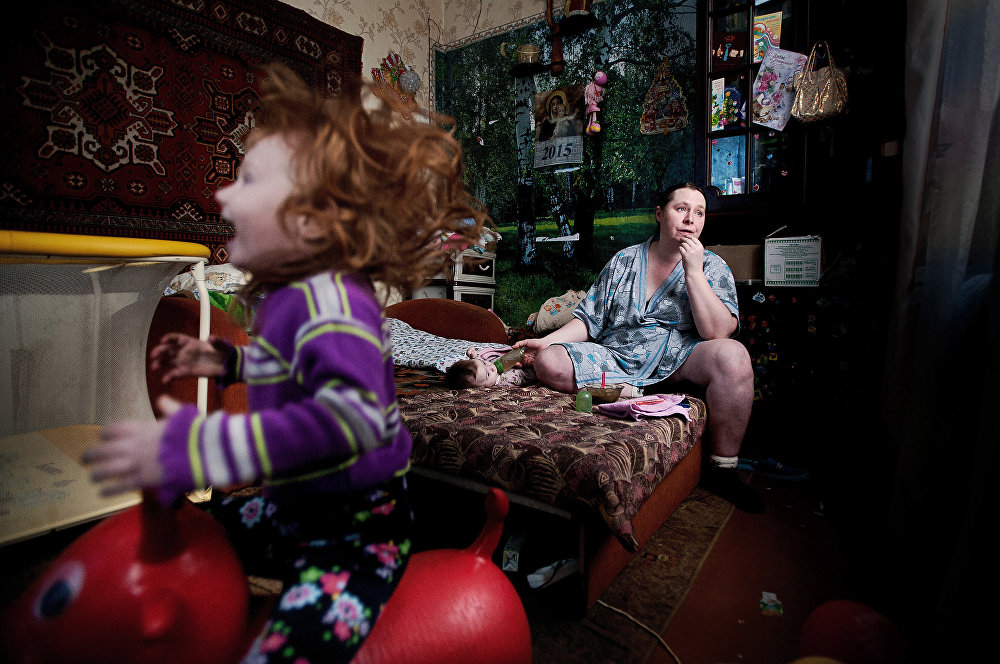 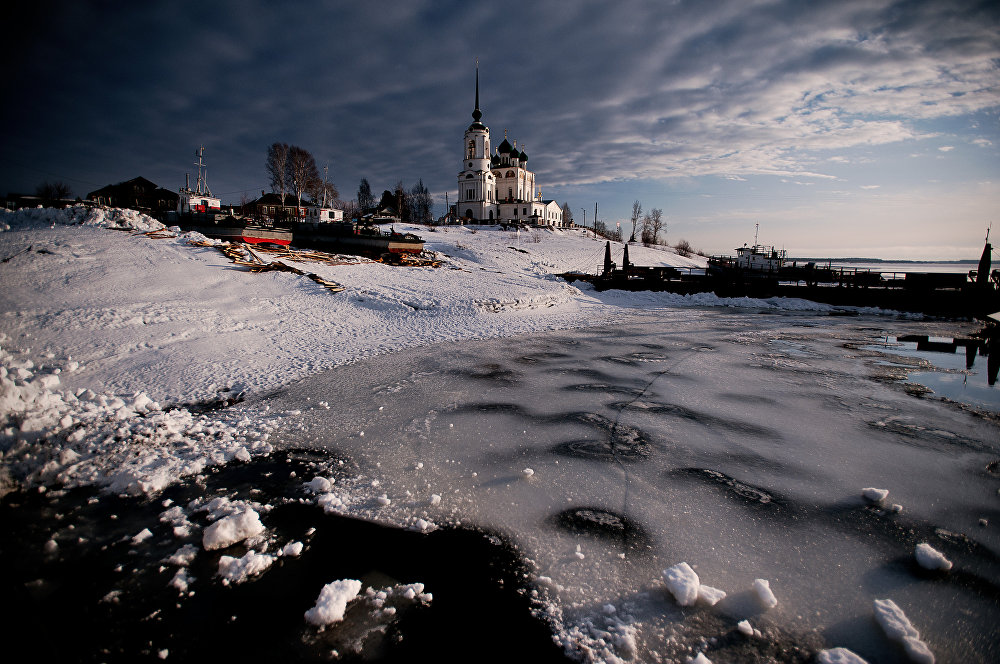 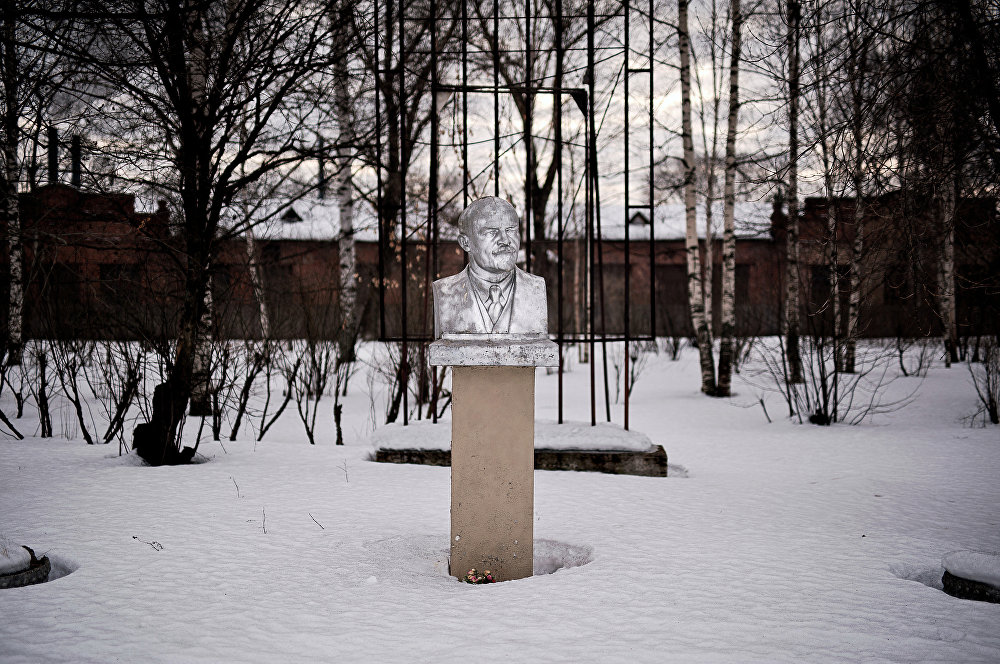 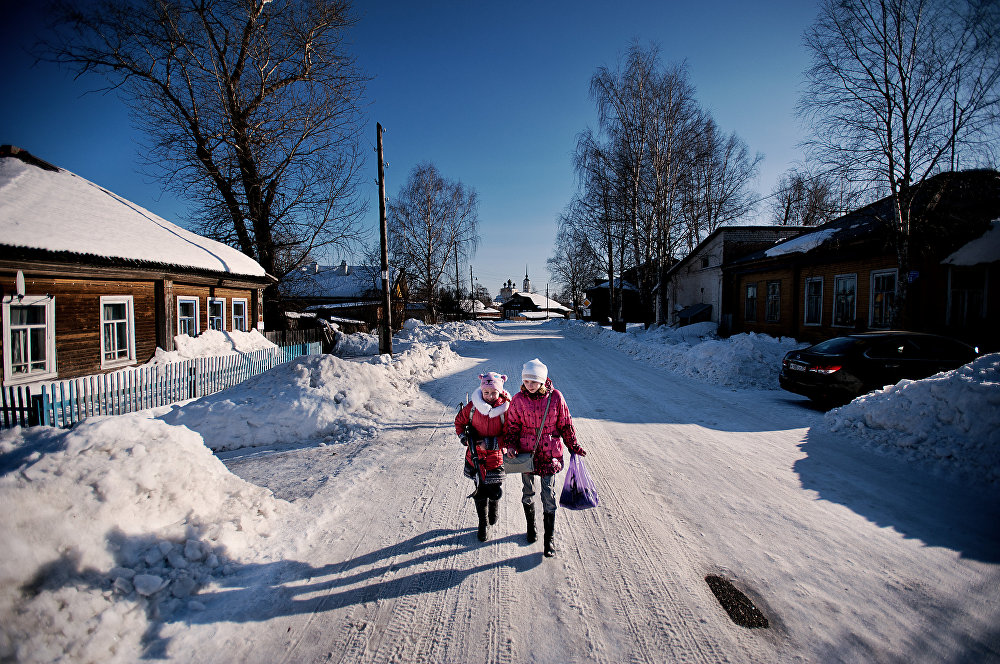 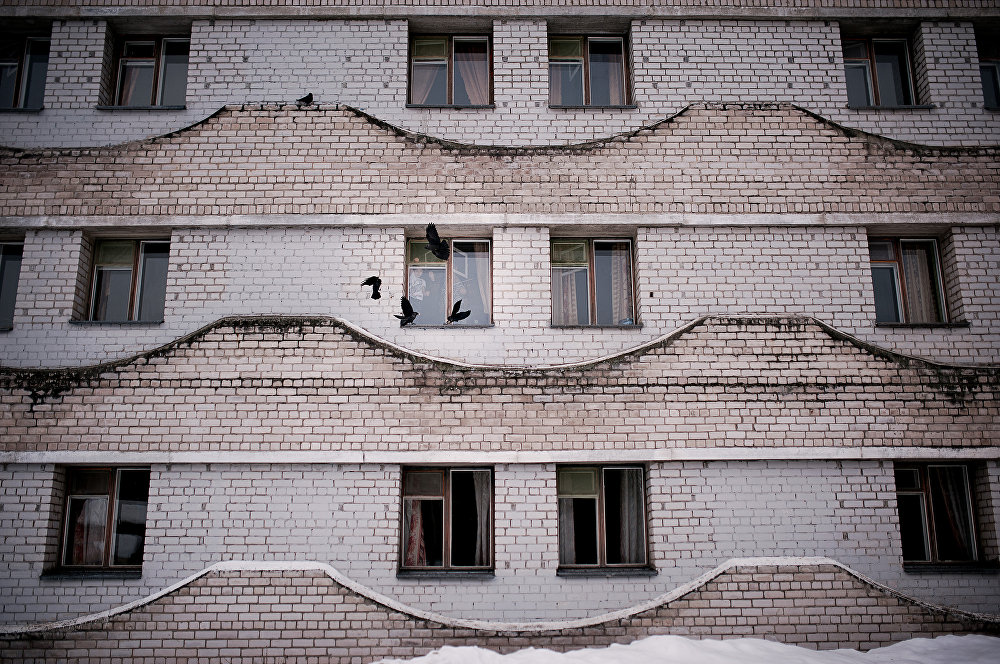 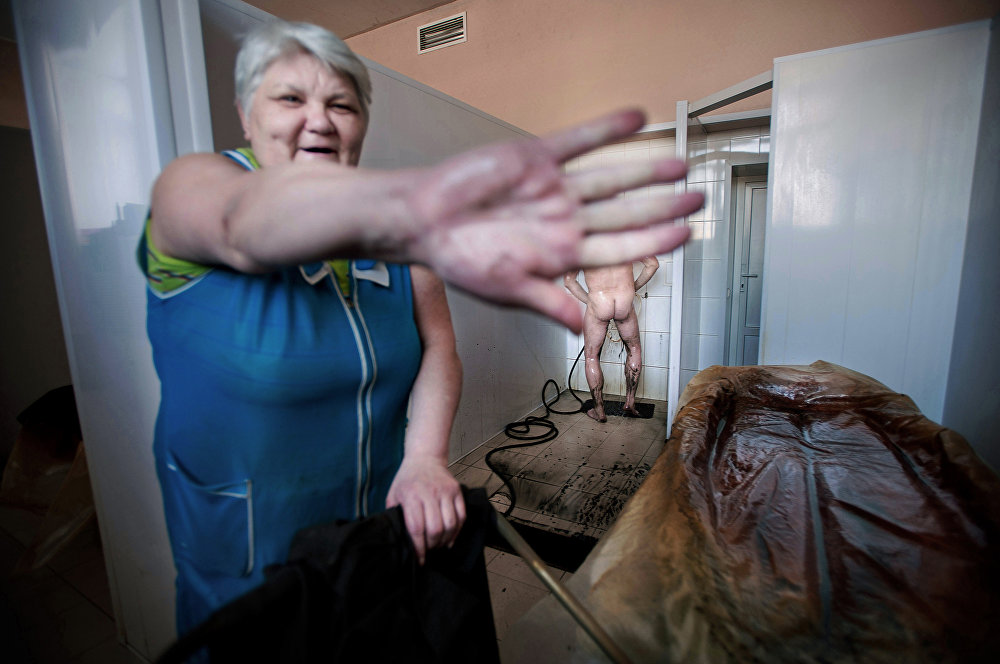 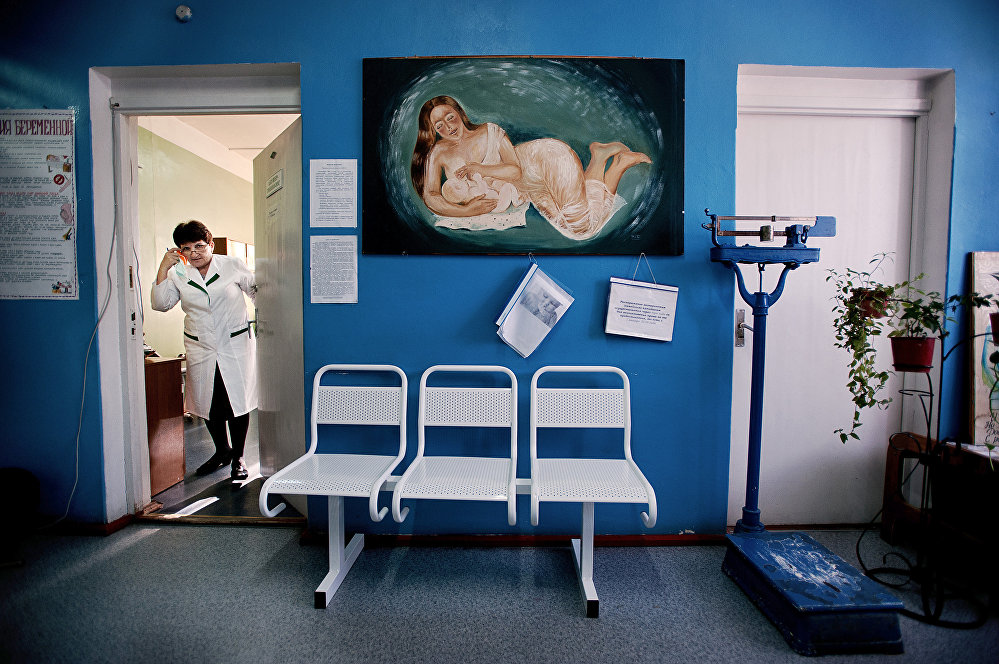 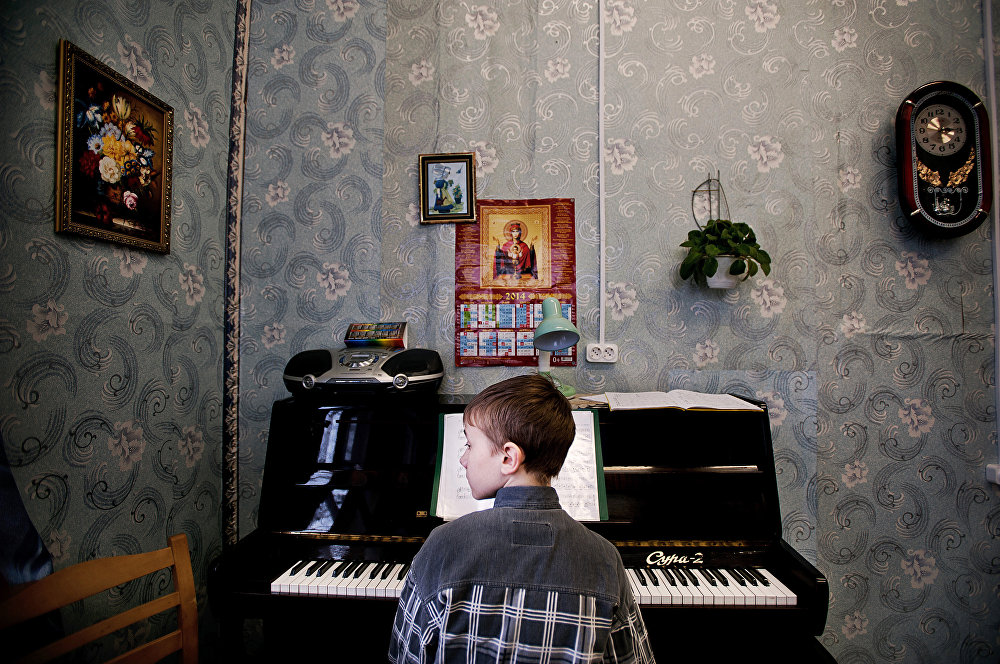 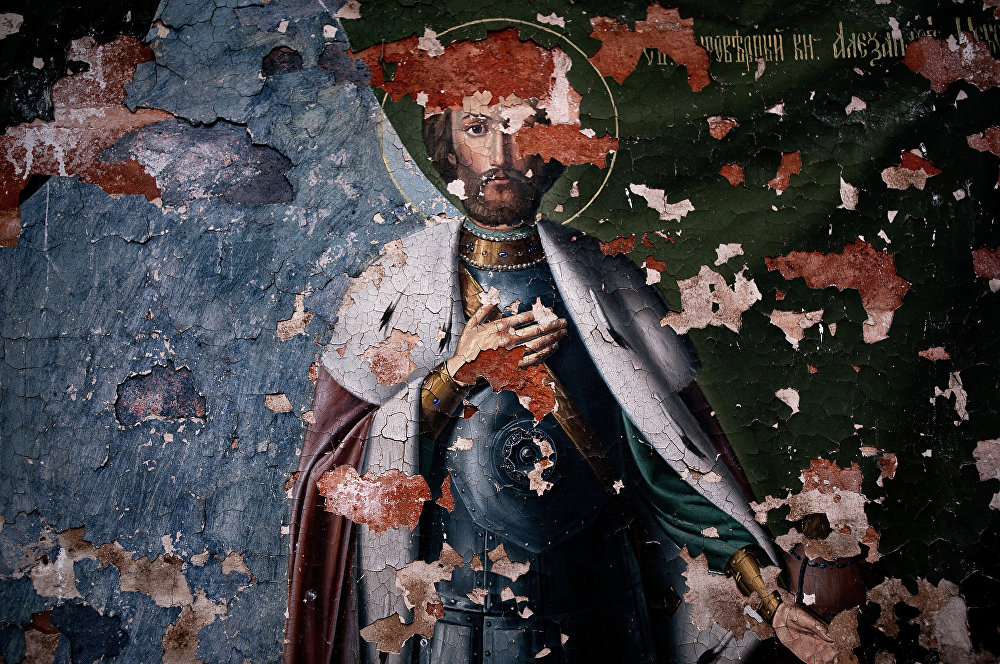 Thinking about eternity. Alexander in his car.
Local family. Alexander’s wife Oksana and their children. Sofia, the red-haired girl, was born with congenital heart defects. Her parents took the girl to Bakulev Cardiology Center in Moscow where she underwent surgery at public expense. Sofia is now alive and full of energy.
Picturesque landscape. Cathedral of the Annunciation early in the morning.
Lenin. A Soviet-era bust of Vladimir Lenin in central Solvychegodsk. There were 13 churches in the town when the Bolsheviks seized power. Only three of them remained untouched, including one, that is still open to worshippers today.
Taking a walk. Children walk along a town street. Most local streets lead towards churches. The Cathedral of the Annunciation is in the background.
Sanatorium. The exterior side of the Solvychegodsk sanatorium that offers unique spa treatment. It remains virtually the only main local employer. Most of the town’s Soviet-era industry crumbled to dust after the collapse of the Soviet Union.
Spa treatment. After spa treatment. Local muds have unique composition and medicinal properties.
Outpatient clinic. A local outpatient clinic. According to the staff, this picture on the wall was painted in 1986 by one
of the female patients who had her baby here. Since 1992, the population of Solvychegodsk has decreased by half.

Piano lesson. Solvychegodsk has too many cultural centers for such a small town (2,000 inhabitants), including its own music school.
Rooks are here. Local children are trying to entertain themselves as good as they can.
Flying high. A local tracer somersaults. The young men trains almost every day and jump all over town. The Cathedral of the Annunciation, a local landmark, is in the background.
Fresco. A fresco of Alexander Nevsky at the Cathedral of the Presentation, the only church open to worshippers.

This series is about a small town with a great history but a silent present. This is a story about people who love their town and see only good in it. 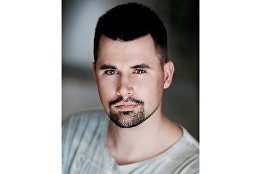 Russia
Born in 1986 in Novosibirsk, citizen of Russia. Anton holds a Master's degree in Physics of Materials and Biological System. He had spent a long time on science in one of Russian research institutes. When acquiring his Phd, Anton has left his thesis unfinished and dived into photography. Member of the Russian Union of Photo Artists. Winner of several international and national awards in photojournalism, including Pictures of the year International (POYi) and Young photographers of Russia. He prefers news reporting and documentary photography. Anton's favorite quote: "Anyone can make a great shot, not anyone can recognize it".