The Street of Blind 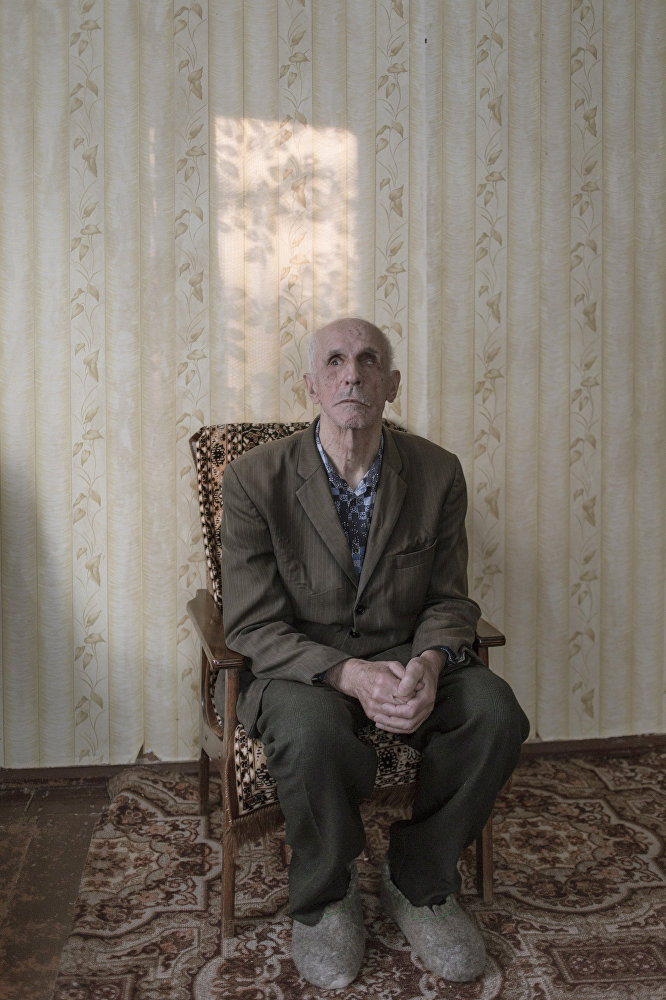 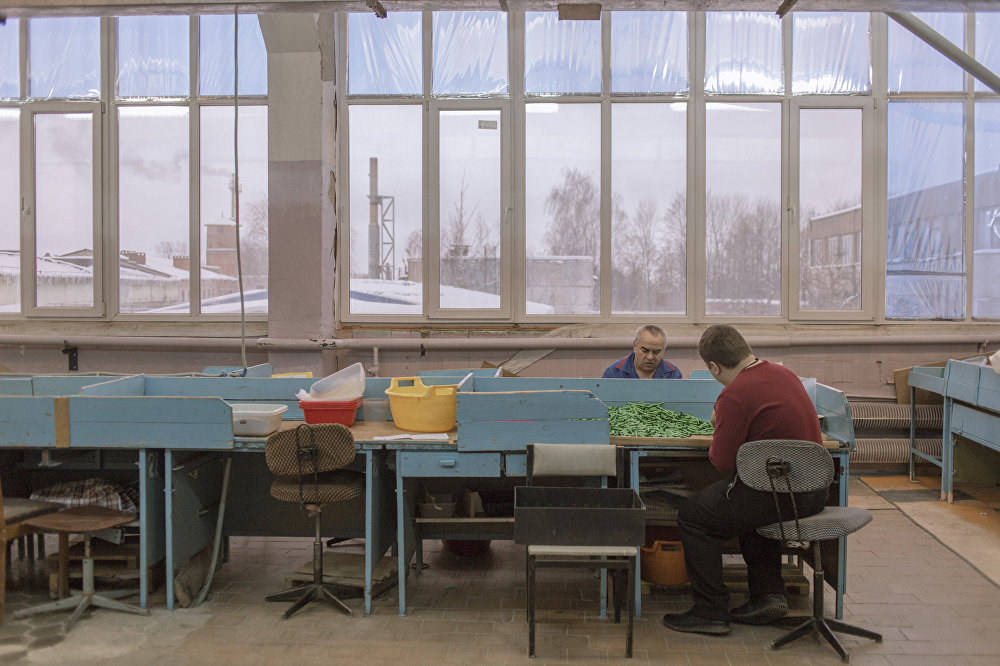 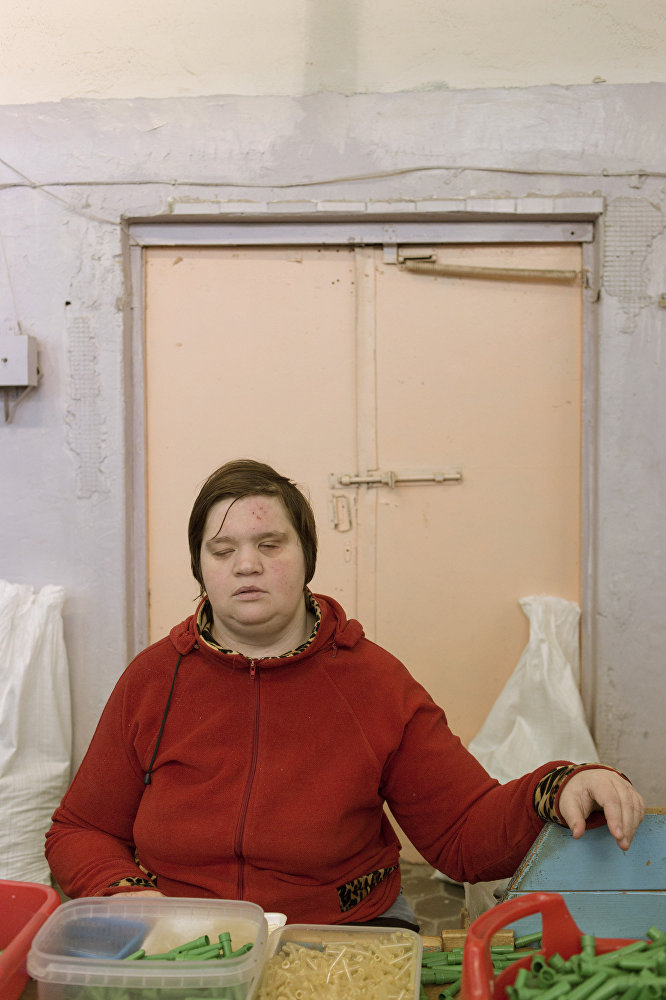 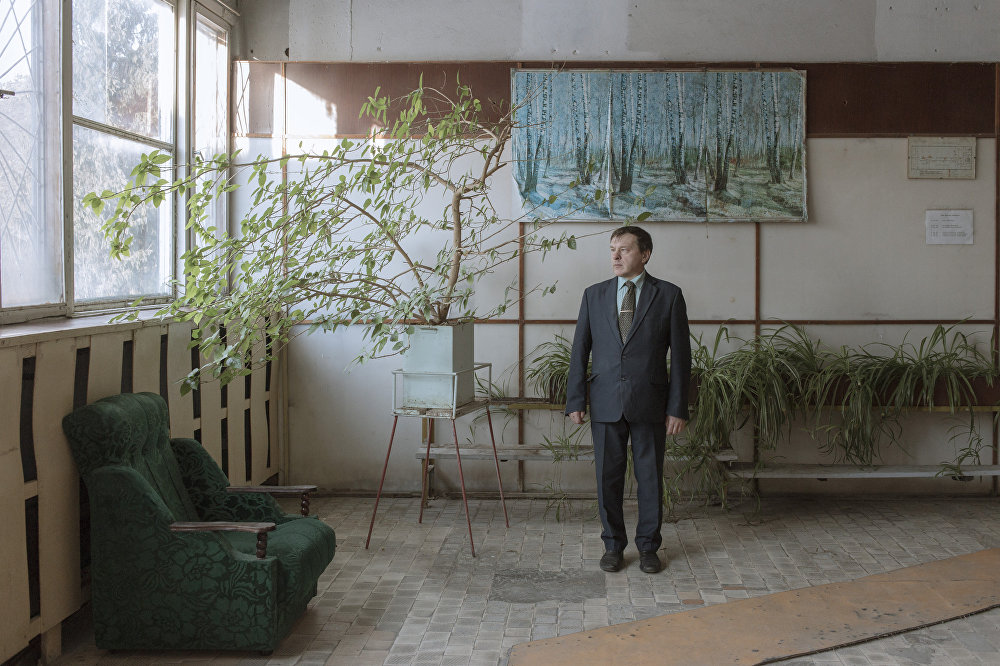 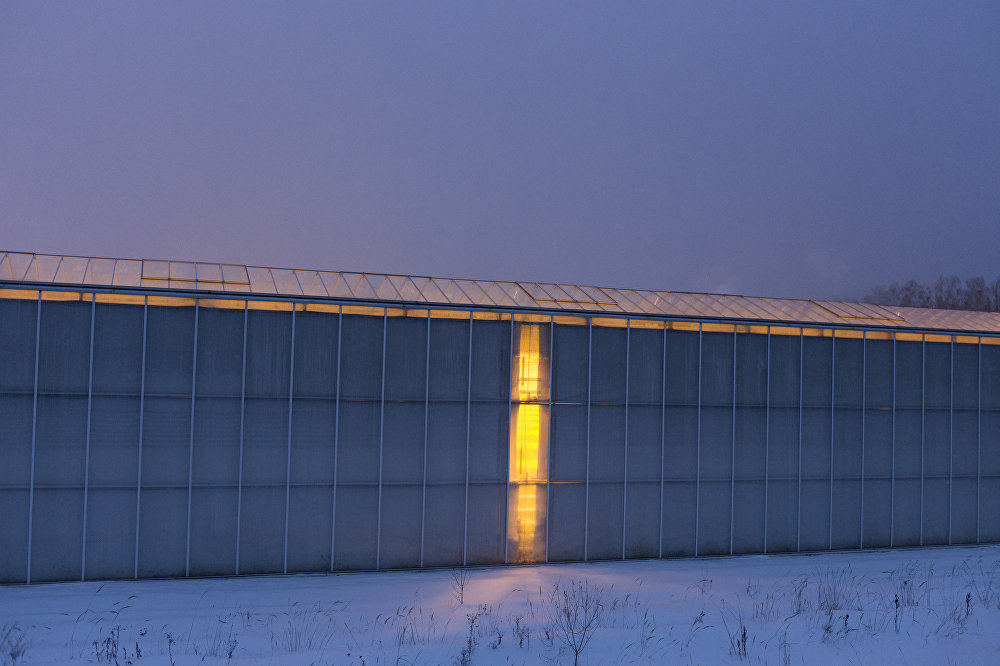 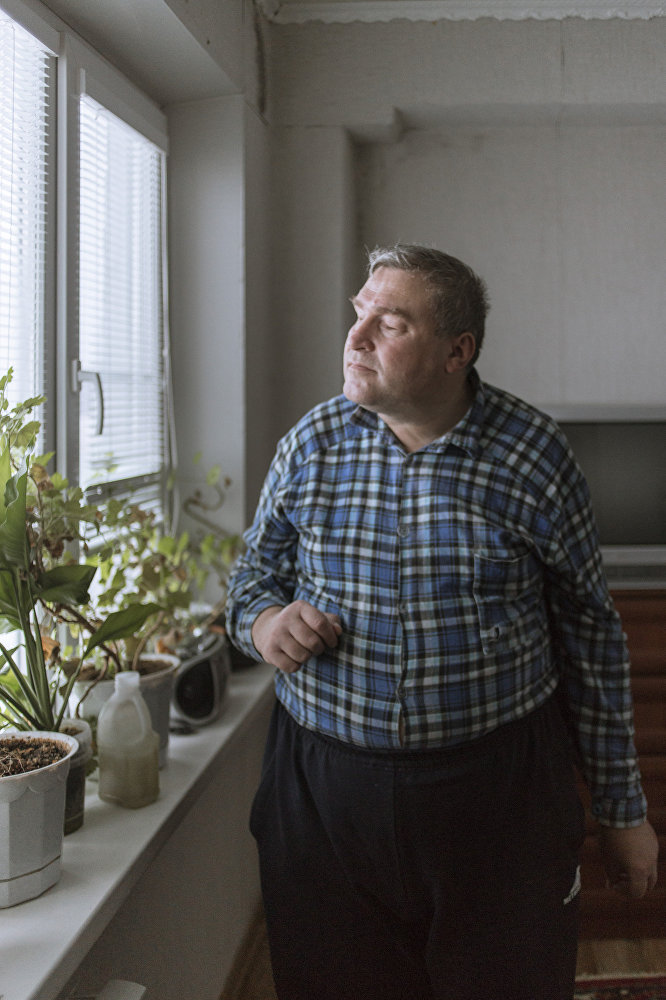 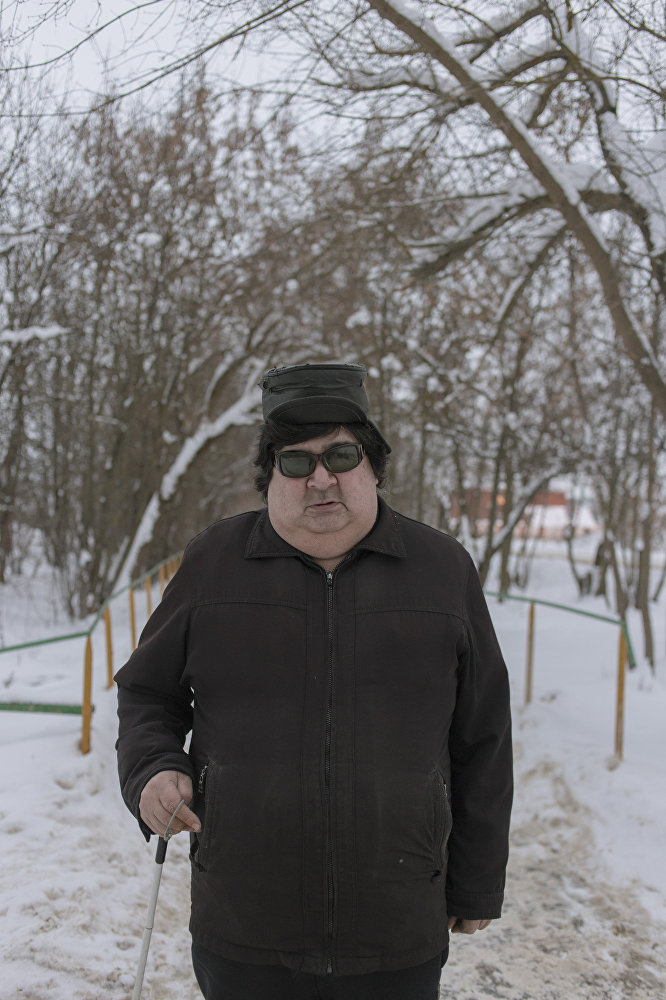 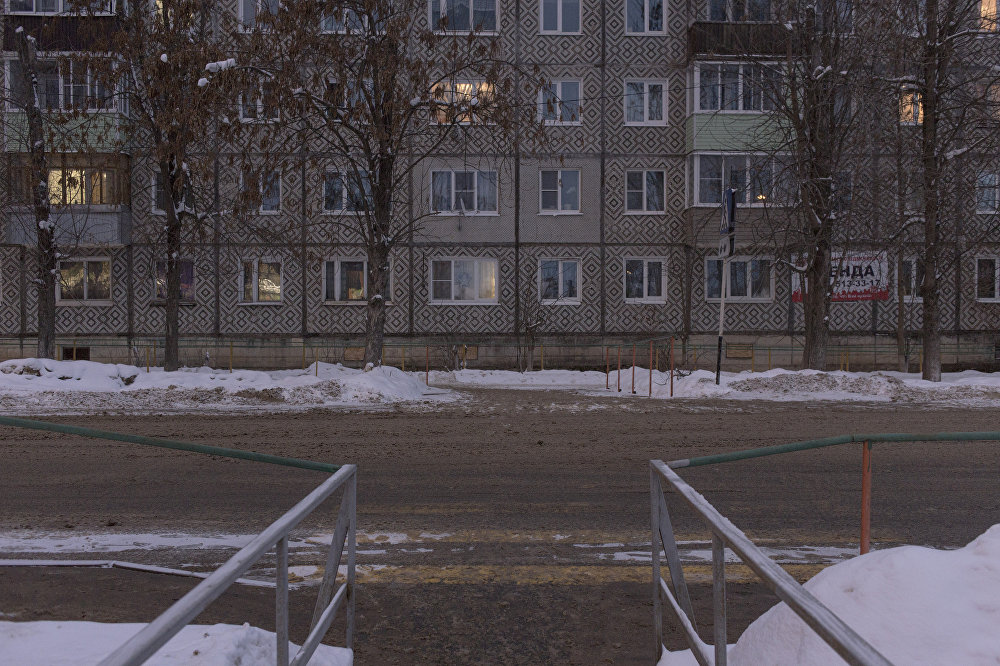 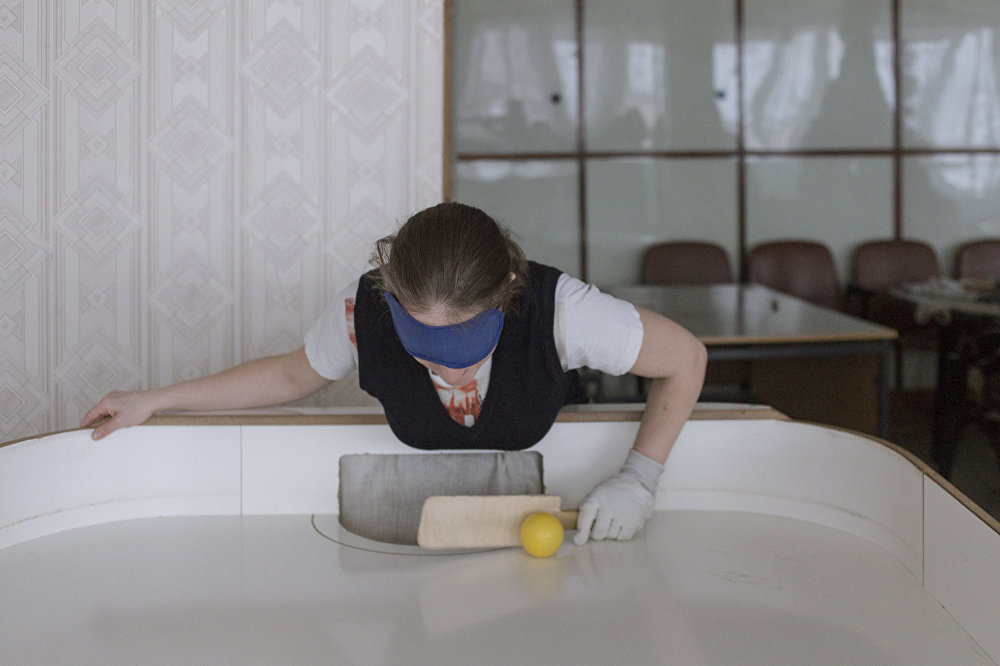 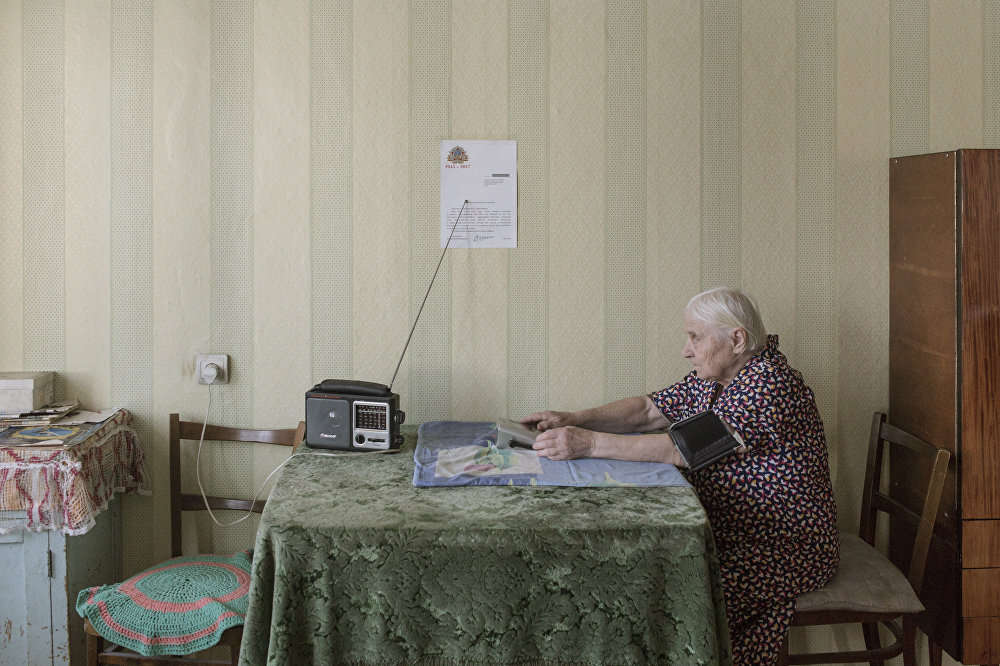 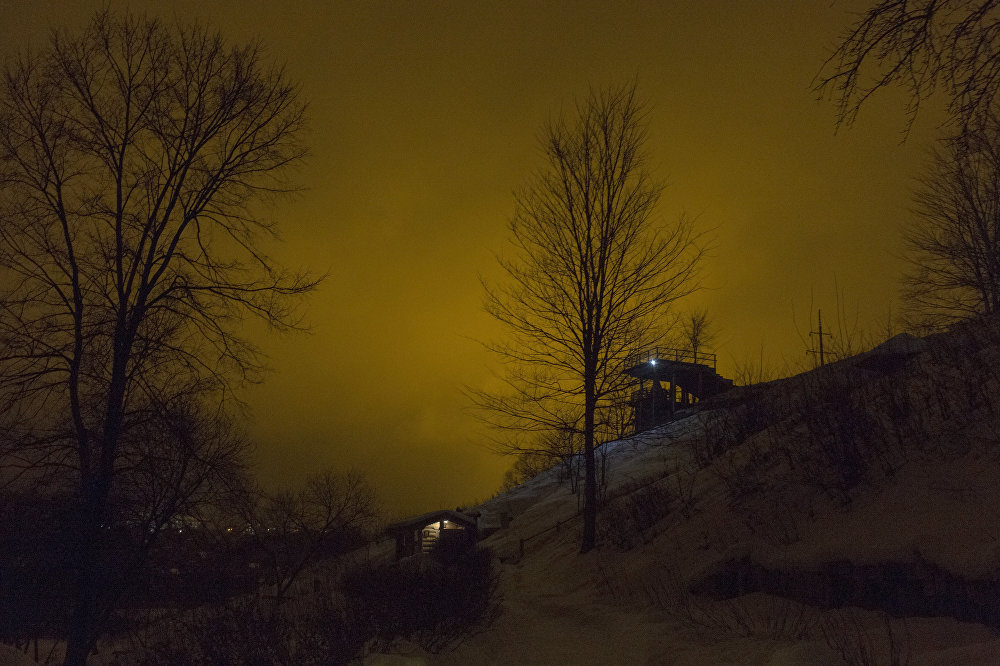 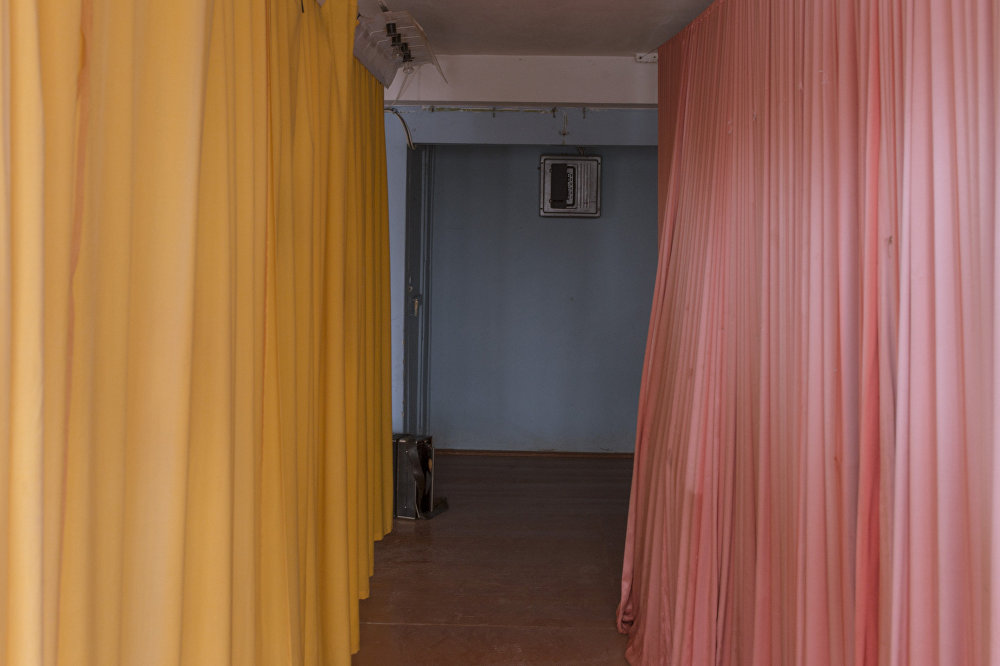 Greenhouses in Rusinovo.
On the opposite side of the street from the workshop for the blind there are greenhouses where flowers are grown. Only non-disabled people work there.

Sergei Ivanov.
Sergei Ivanov has been blind since birth: a genetic disorder he inherited from his father. When Sergei is asked whether he has ever wanted to be able to see, he replies – how can I want something I know nothing about?
Agadzhan Khanov.
Agadzhan Khanov has lived in Rusinovo since the age of 23. He lost his eyesight after an accident.
Outdoor landmarks for visually impaired people.
A 3 km long handrail has been installed along the street of high-rise buildings, and rubber lanes serve as a guide at the plant.

Ping-pong for the blind and visually impaired.
Showdown, the applied table tennis for the visually impaired, resembles air hockey, only the players are guided by ear and touch. An eye patch equalizes the chances for participants with residual vision and those who are fully blind.
Praskovya Mareyeva.
Praskovya Mareyeva lost her eyesight at the age of 14, when a mine or a shell exploded next to her during a Nazi attack on the village of Davydovo, Kaluga Region, in 1943. Her sister died, and Praskovya completely lost her vision.
The light from the greenhouses illuminates the entire street .
The blind and visually impaired people live in several five-story buildings; private houses are located at the end of the street where it looks like an ordinary village. People with disabilities are well aware of where everything is; they get to shops, to the workshop, or to the post office independently.
Assembly hall at the plant.
The plant has an assembly hall from the Soviet times, where a choir of blind people has been practicing for many years. There is also a library and a gym. 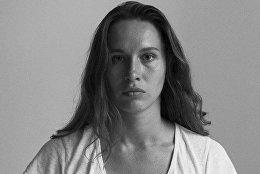 Born in Chelyabinsk, Alyona now lives in St. Petersburg.  She has a degree in marketing. She is currently a student at the Dokdokdok school of contemporary photography.