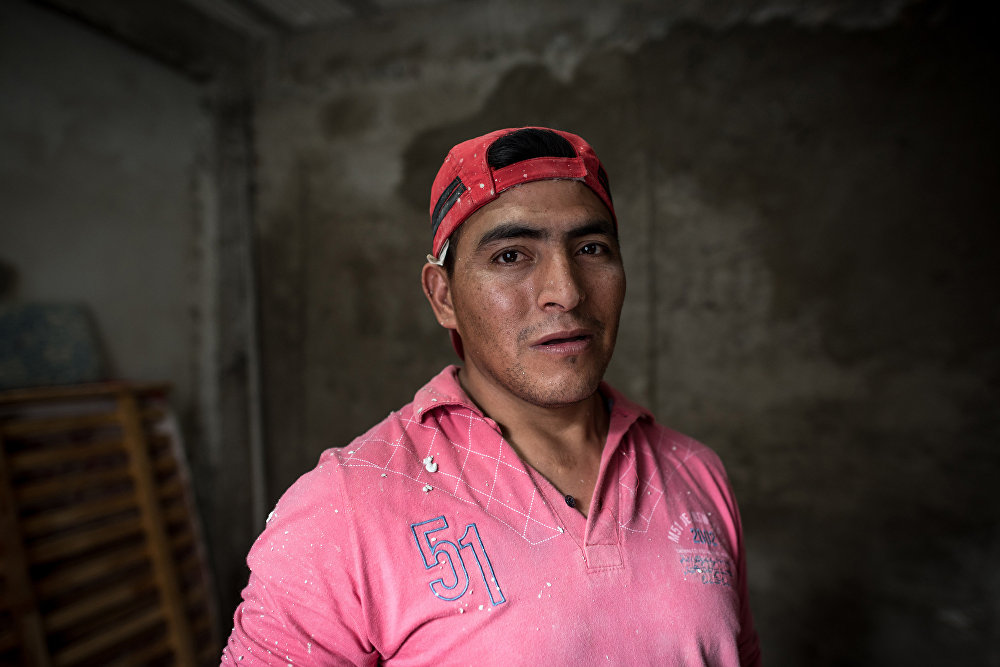 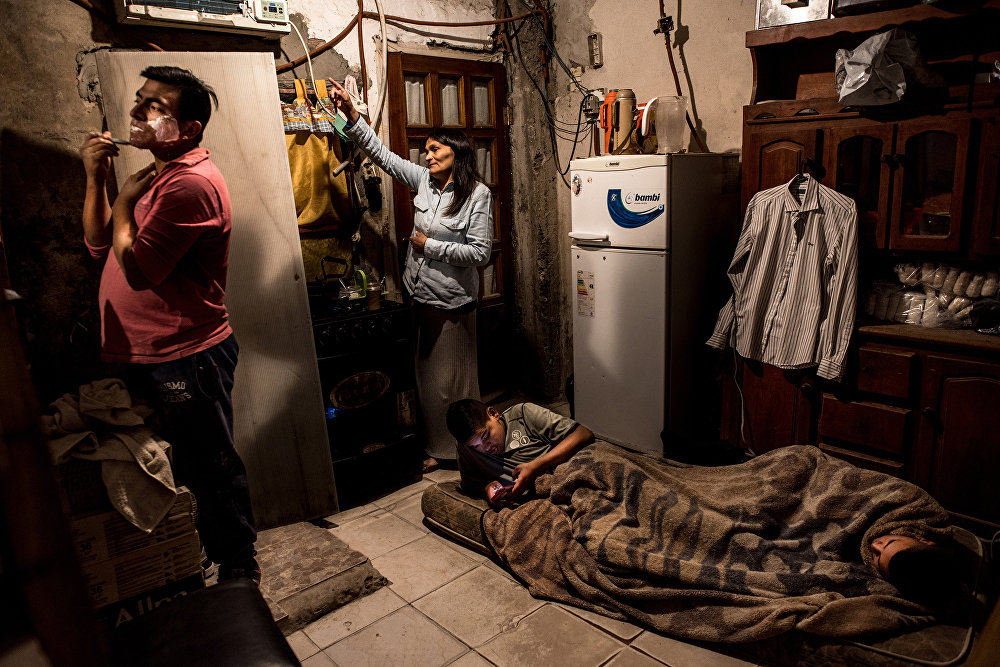 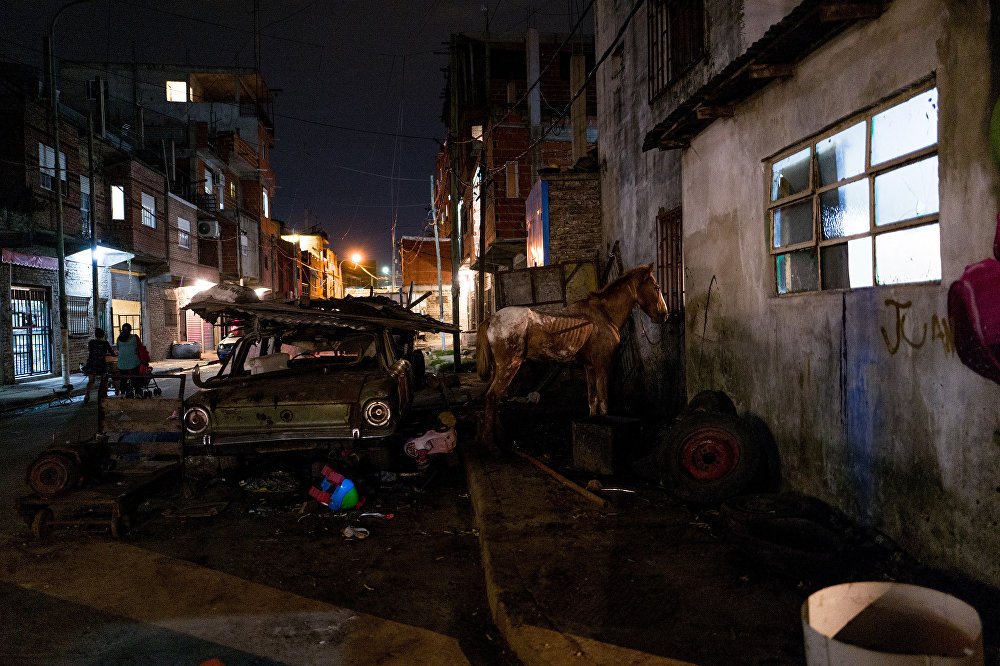 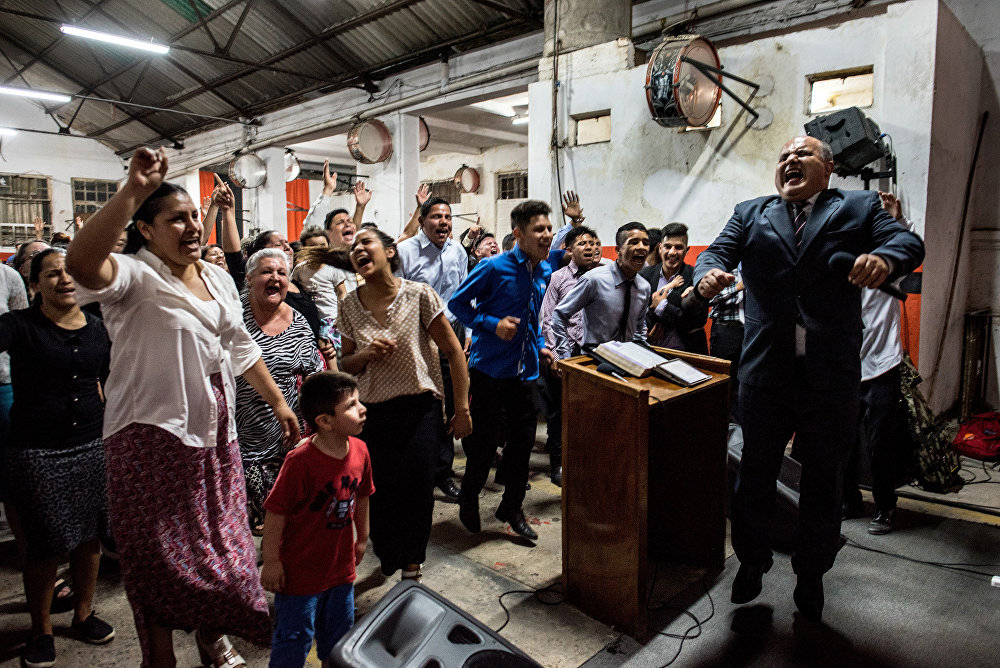 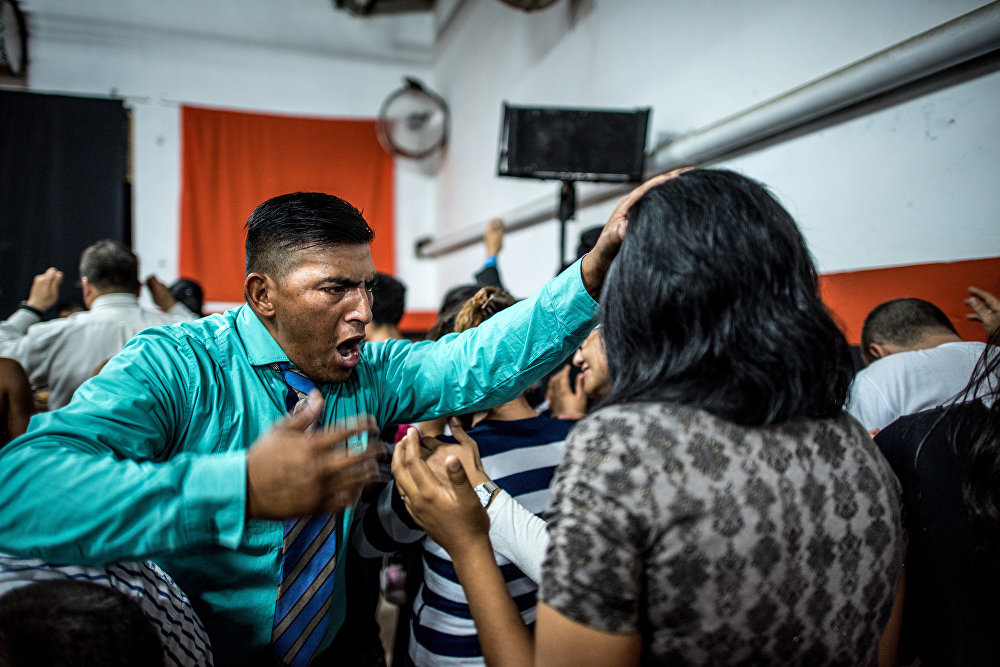 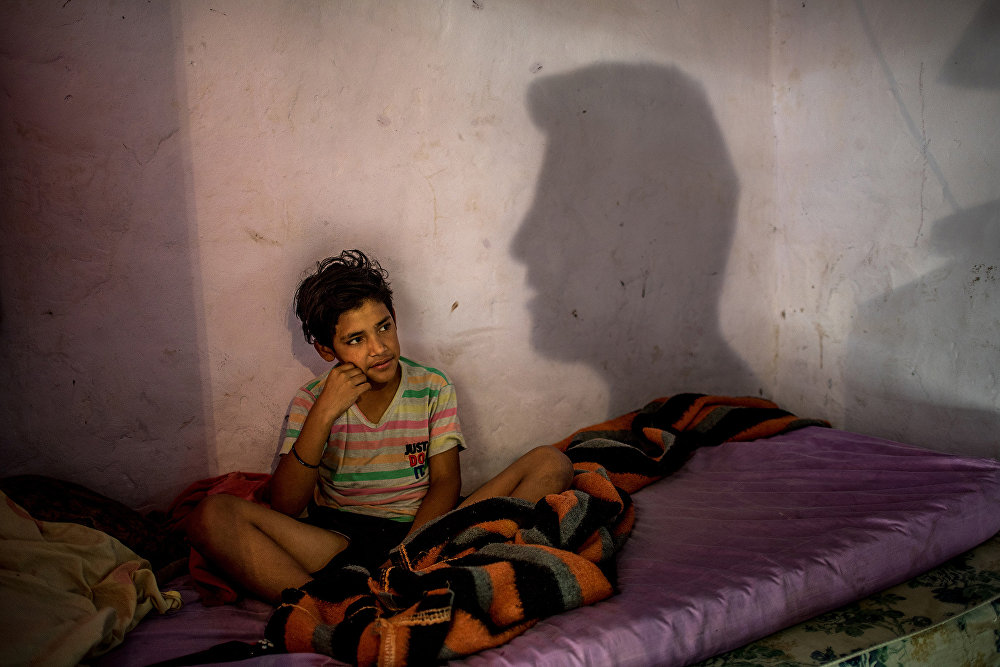 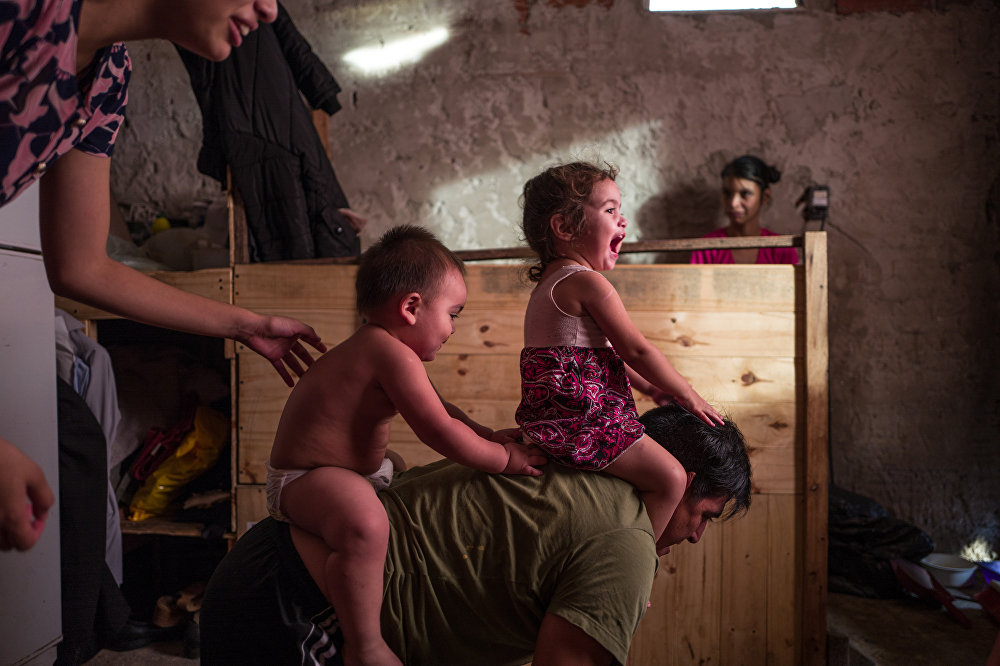 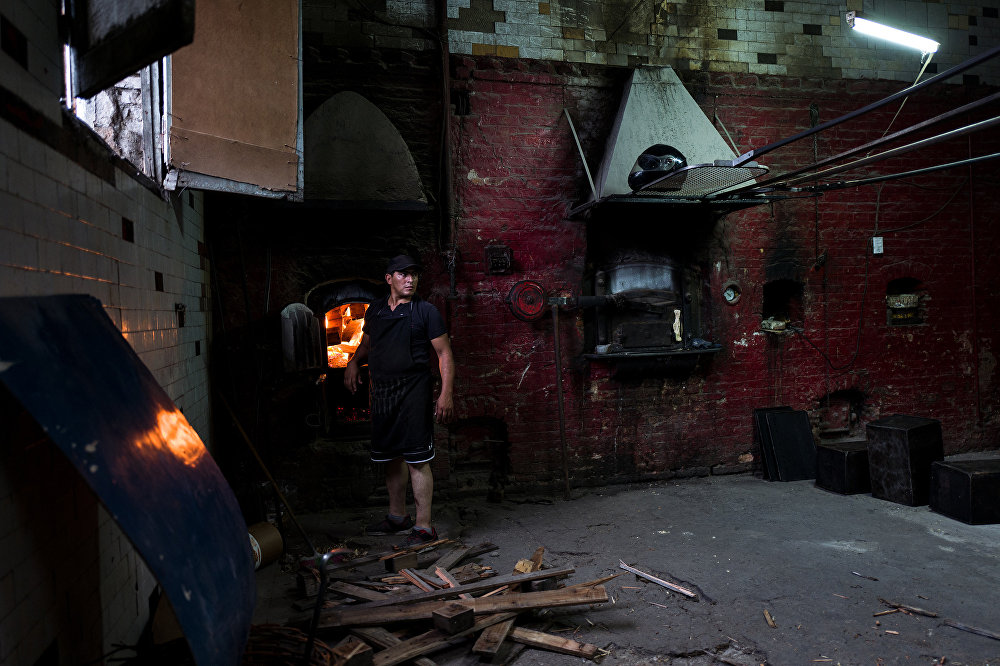 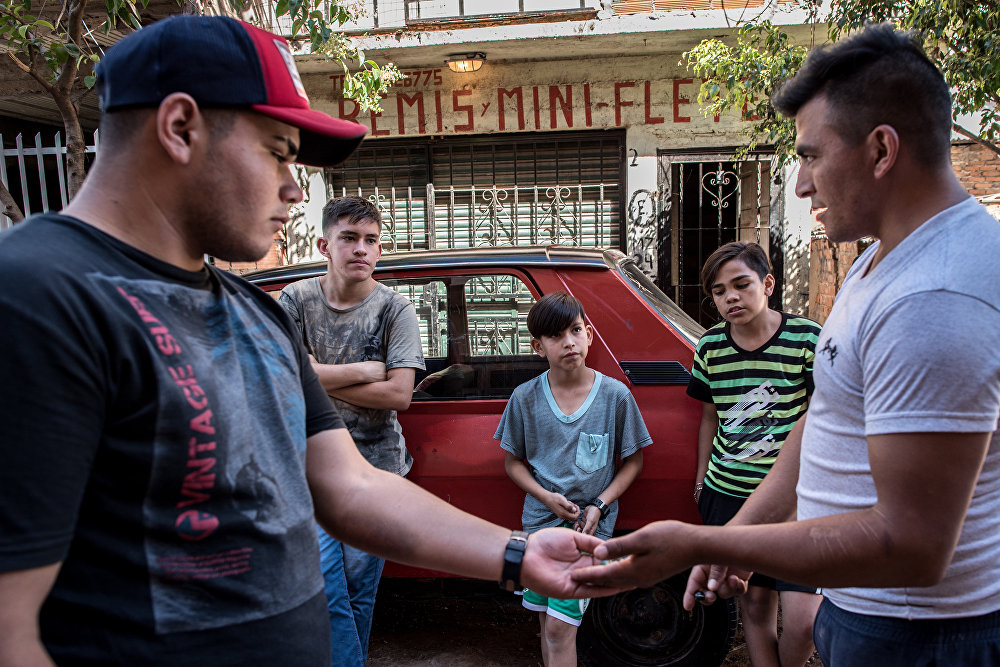 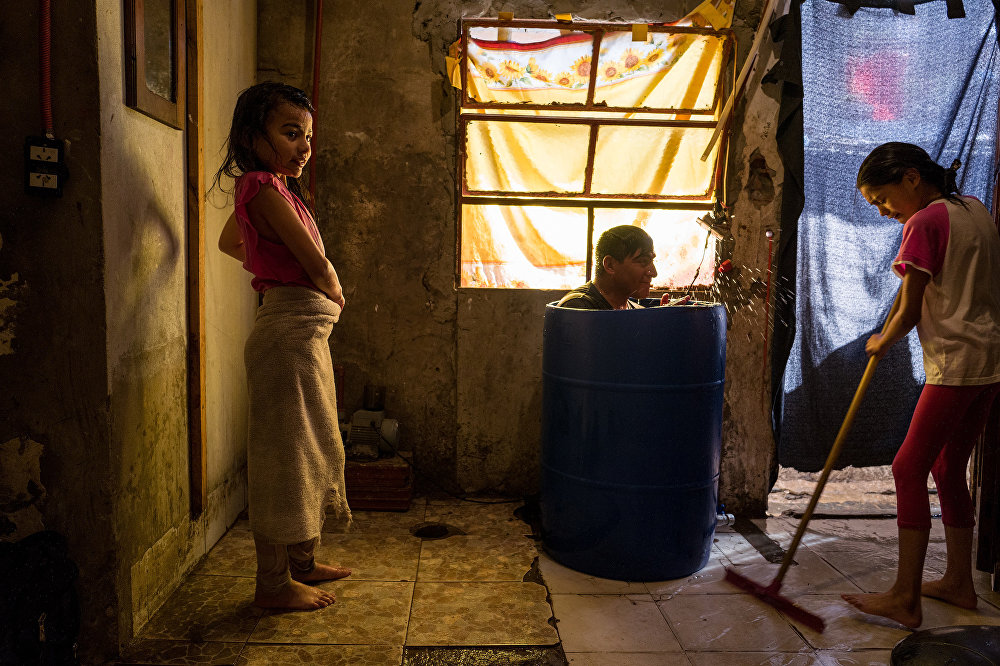 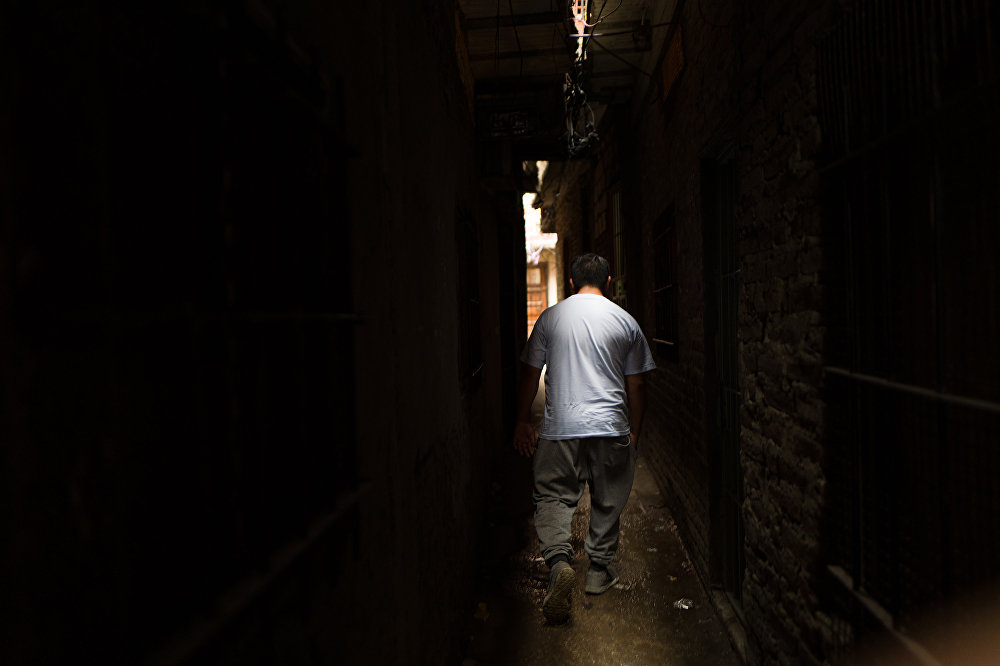 Ruben.
Ruben, 30, is taking a break while fixing his house in the heart of Villa Lugano. He has been through many difficult situations in his life. He has been in prison several times for robbery and drug possession, but he finally managed to change, thanks to his faith in God and the help of his pastor.
Dignity.
Ruben is shaving in his house, while his wife Laura and his sons Esteban and Carlos are getting ready for bed.
Villa Lugano.
Next to Ruben's house, on the way to the Evangelical church, a starving horse next to abandoned cars.
The power of faith.
Celebrations are powerful and joyful. Pastor Daniel's sermons are unconventional, informative and positive. Daniel teaches kids to believe in their dreams. He also helped Ruben in his fight against addiction.
Prayers.
Prayers are an essential part of community life. During Sunday mass, Ruben helps a friend to cry it out and to embrace change.
Not alone.
Nahuel, Ruben's cousin, is waiting in his mother's house. Like many other kids, he is left alone for most of the day and Ruben helps the family to keep an eye on him.
Family love.
Ruben plays with Lulu and Eze, his grandchildren.
At work.
Ruben doesn't have a fixed job, as it's very difficult to find one. Argentina is facing a major economic crisis again. Nevertheless Ruben often does occasional jobs. Here at a bakery, he's making a fire to heat the oven.
Bolitas with the kids.
Ruben is playing marbles with the kids while he teaches them to be loyal and play with respect.
Summer bath.
During a hot summer day, after his daughters, Ruben takes a relaxing bath to cool off in his house.
Straight home.
After work, Ruben goes straight back to his family, walking through the narrow roads of the villa.

Ruben Bravo lives in Villa Lugano, one of the poorest and most deprived neighborhoods of Buenos Aires. His faith in God and the love for his family gave him the strength to recover from drug addiction and turn his life around. Now he's an example for the community, living with dignity and respect. 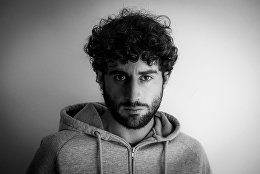 Andrea Alai is an Italian independent photographer based between Genova and Milan. After completing studies in International Economics and Management at Bocconi University in Milan, he switched his attention to reportage photography and photojournalism.