Nostalgia on the verge of extinction 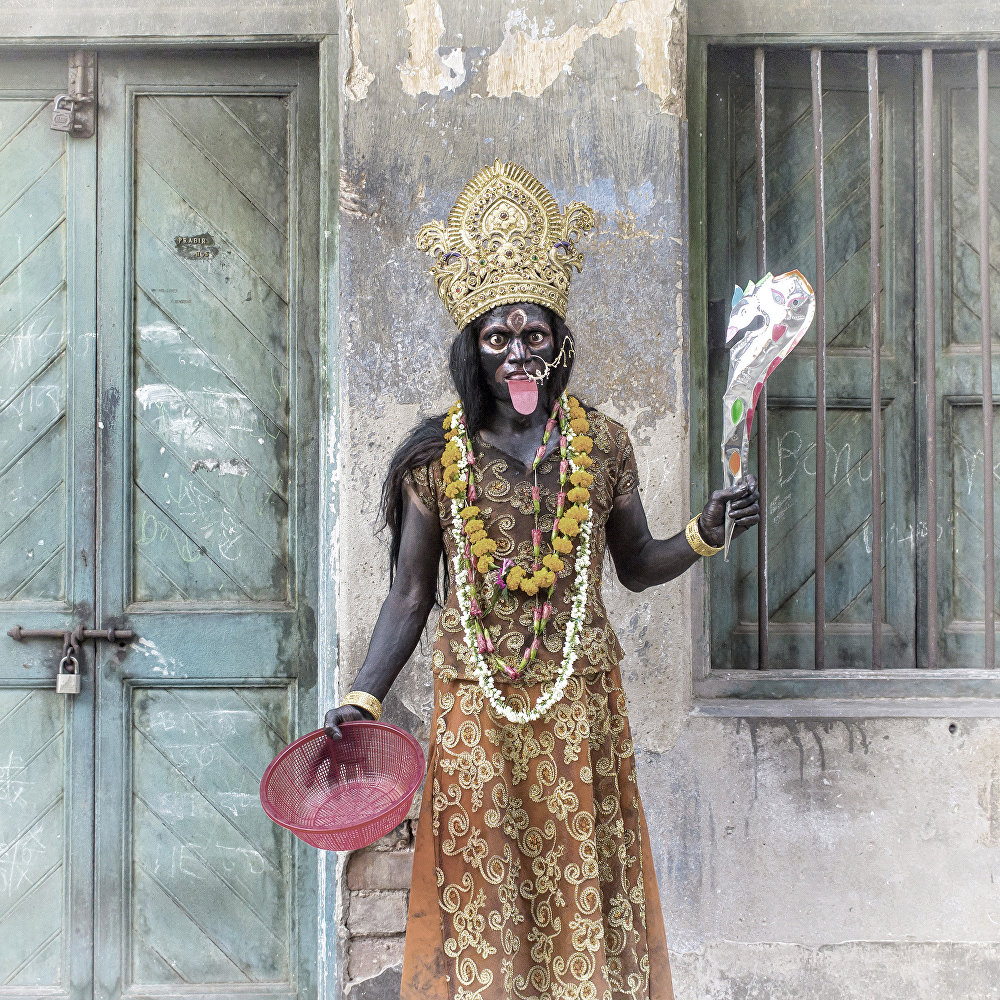 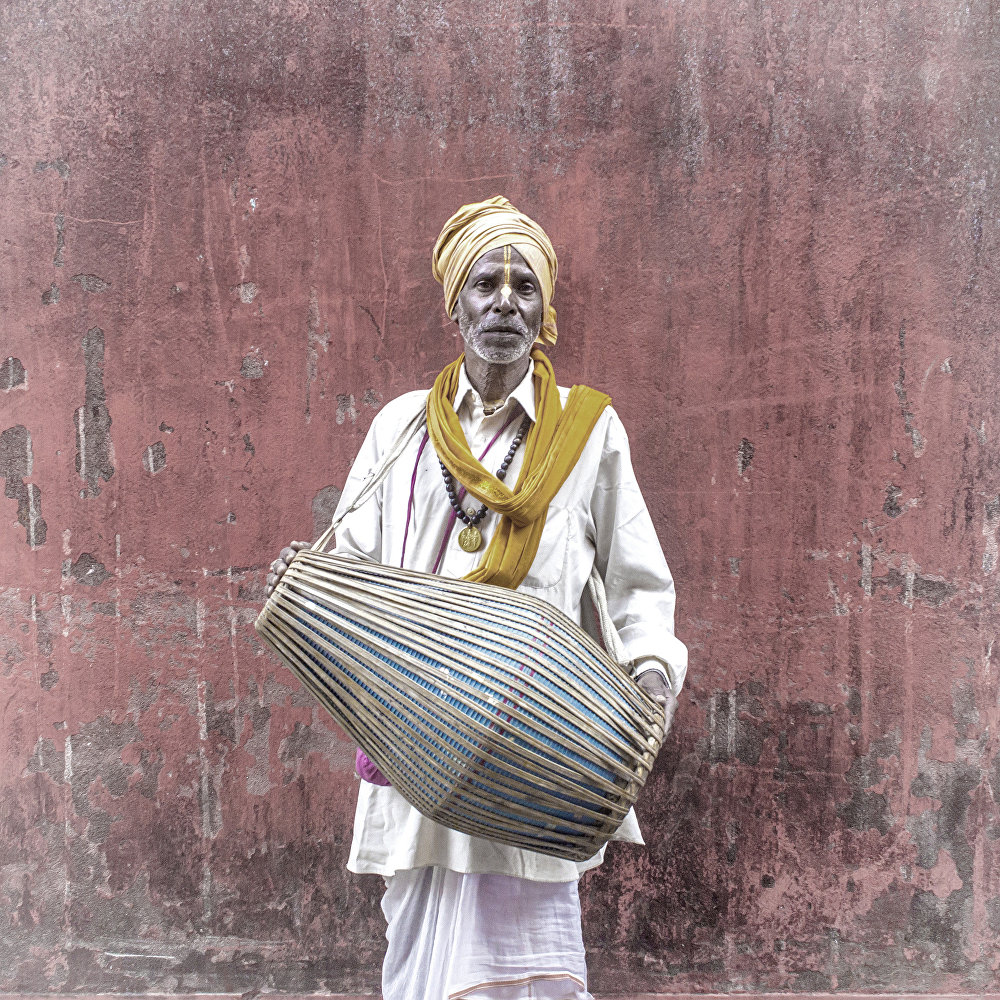 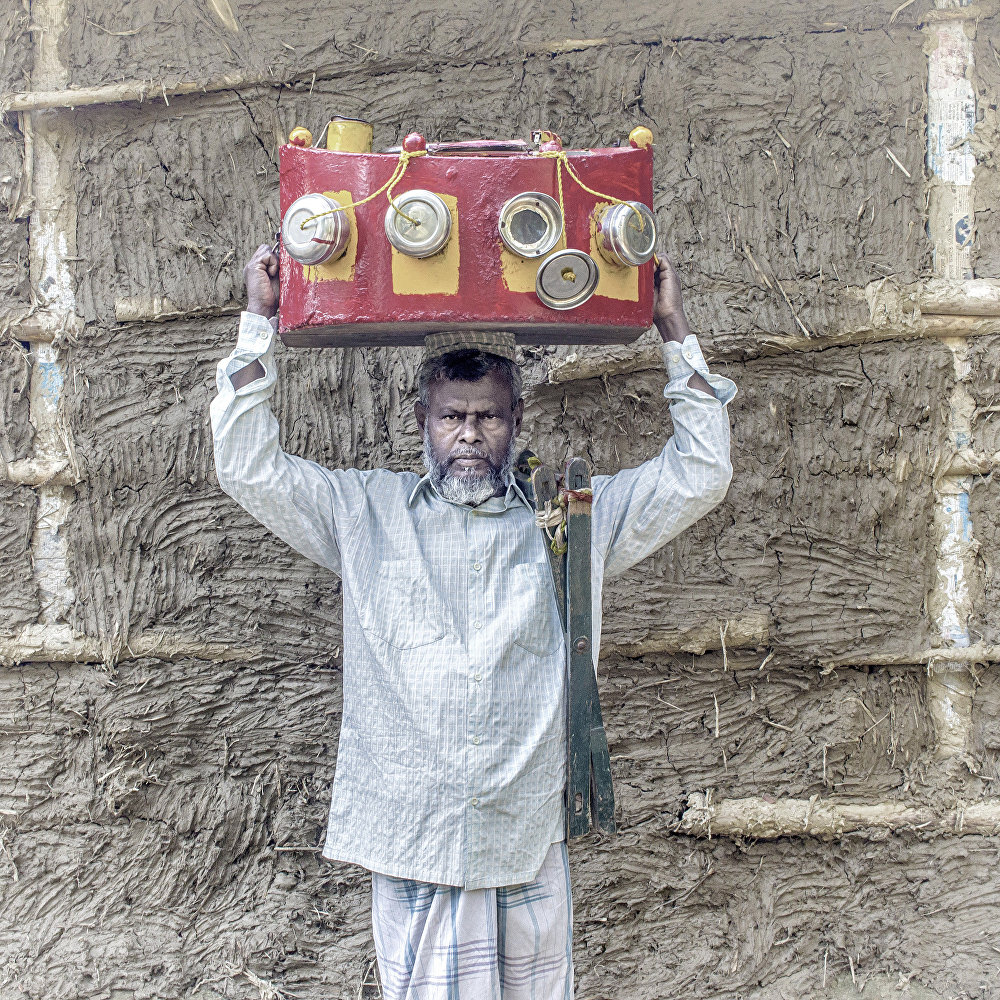 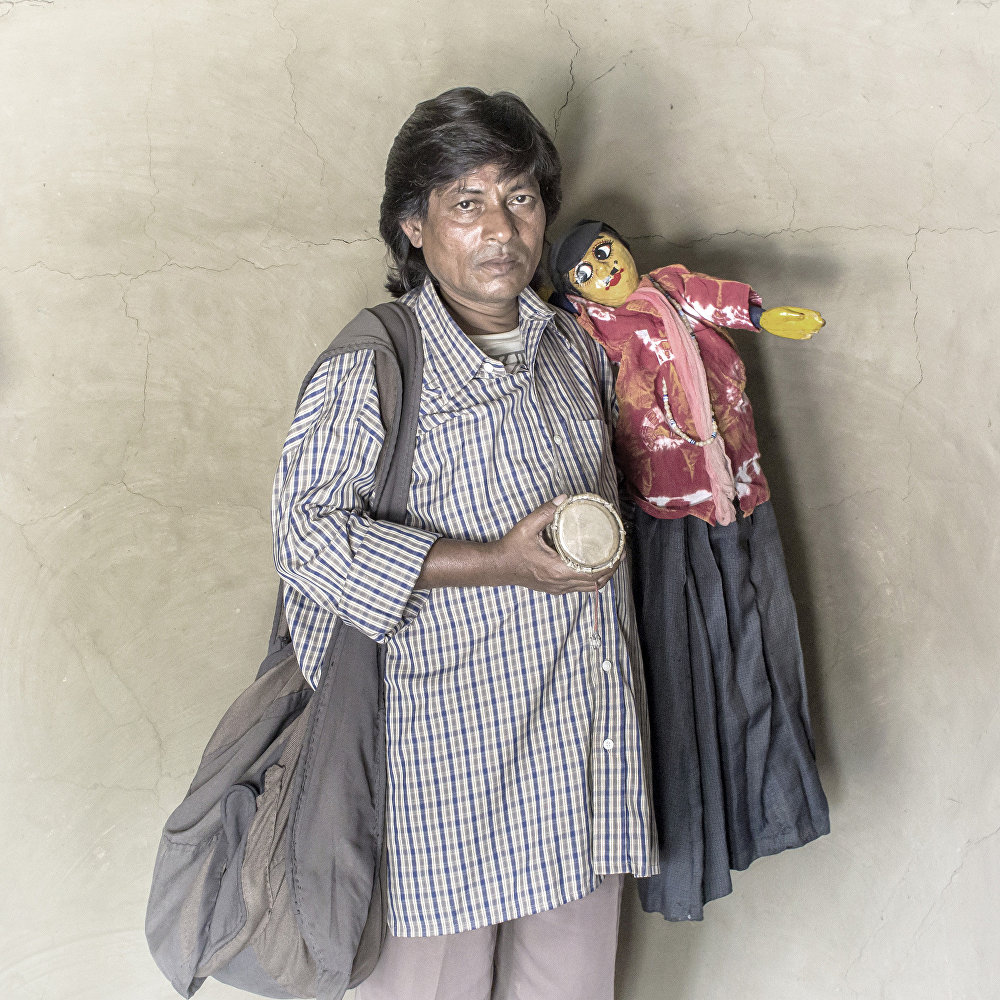 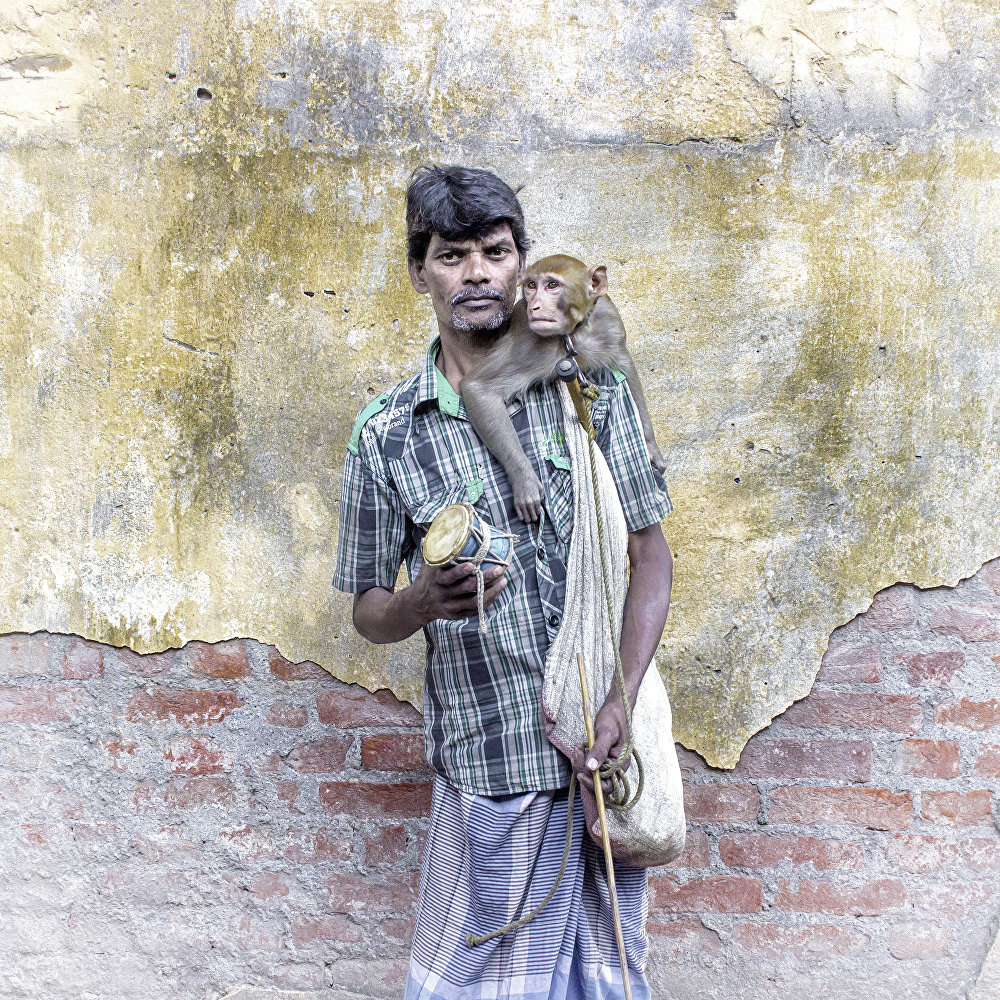 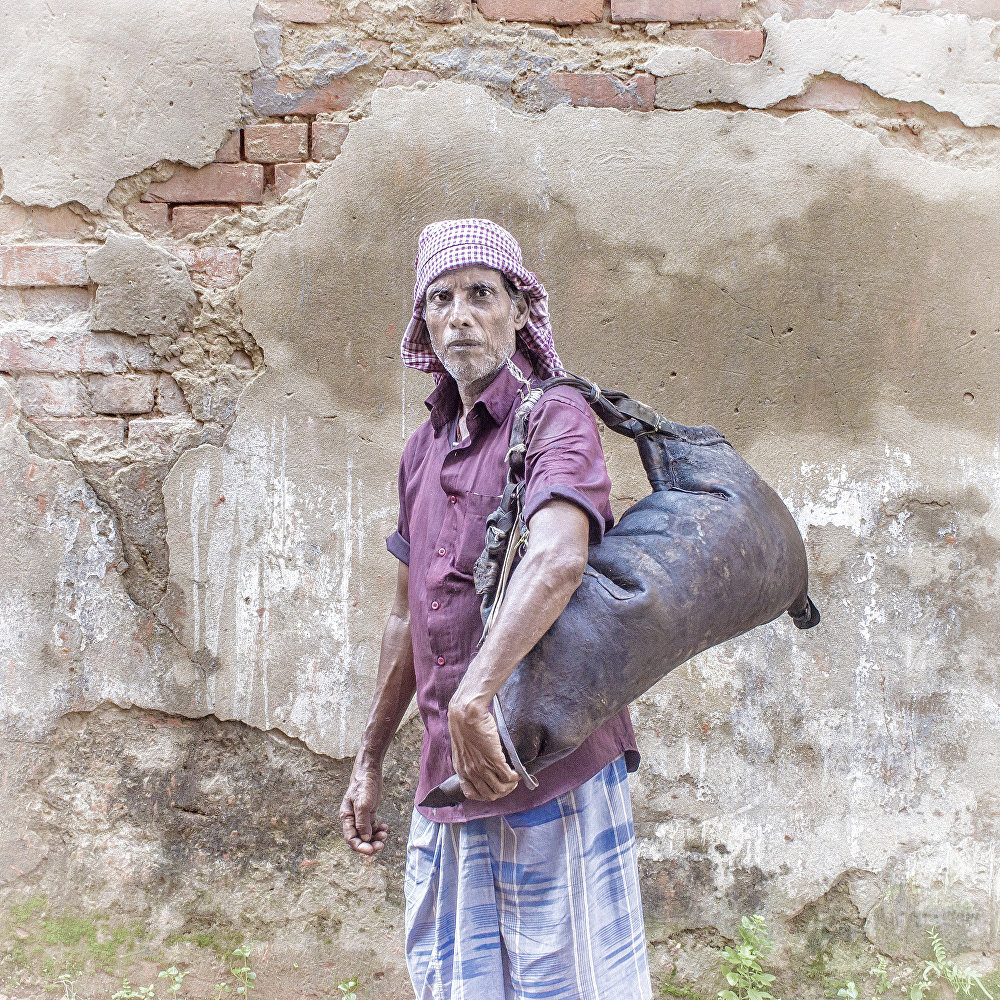 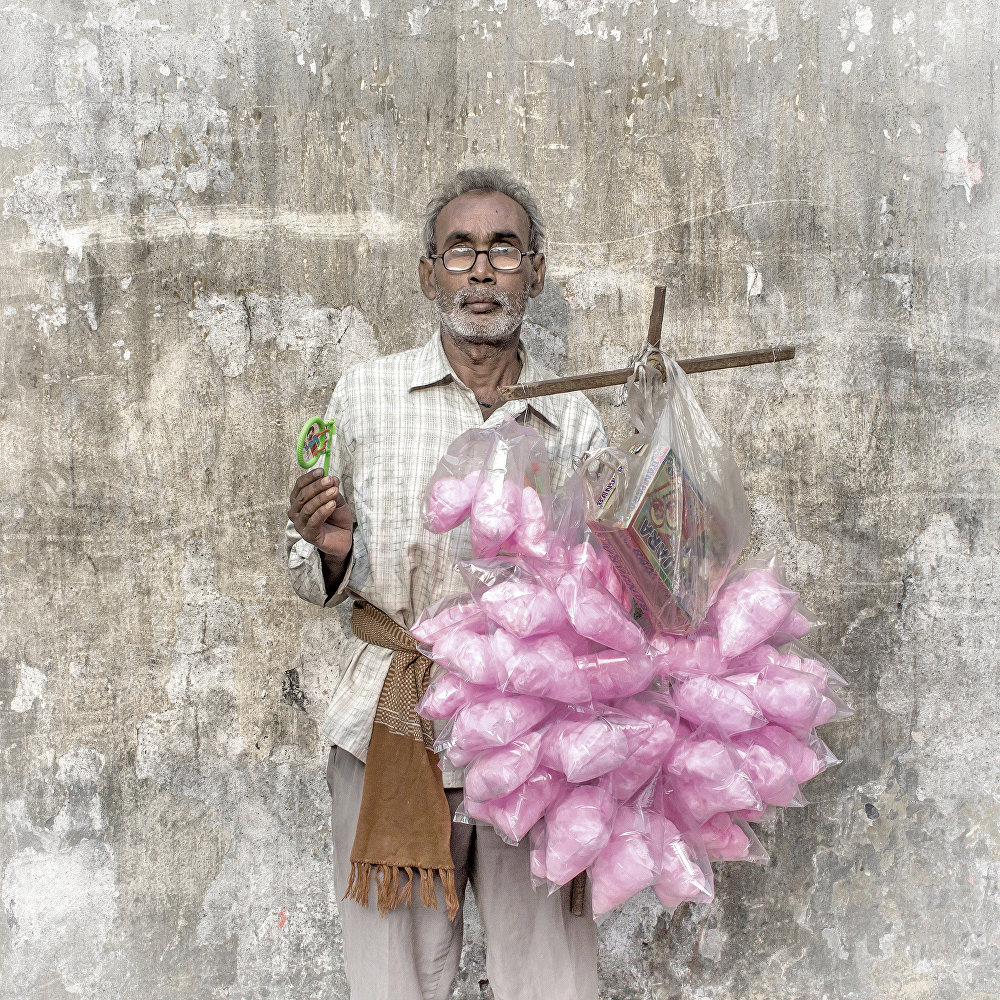 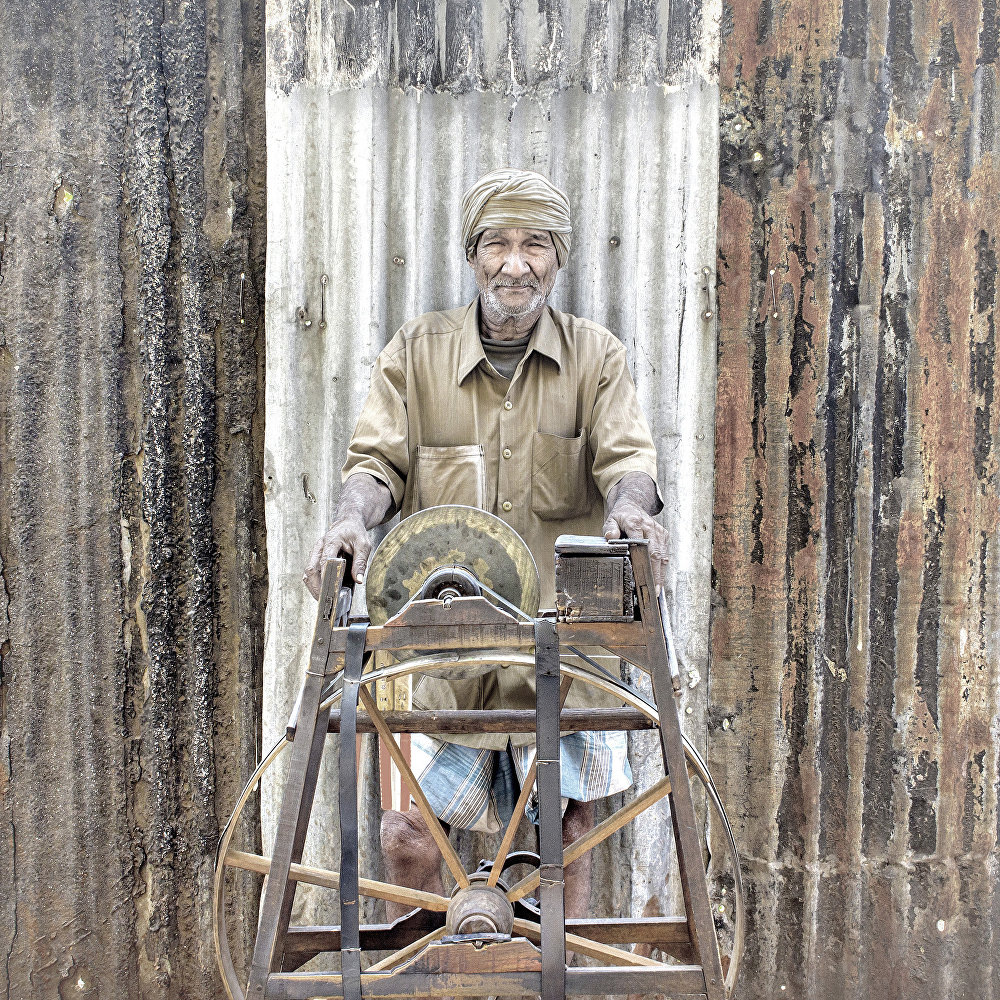 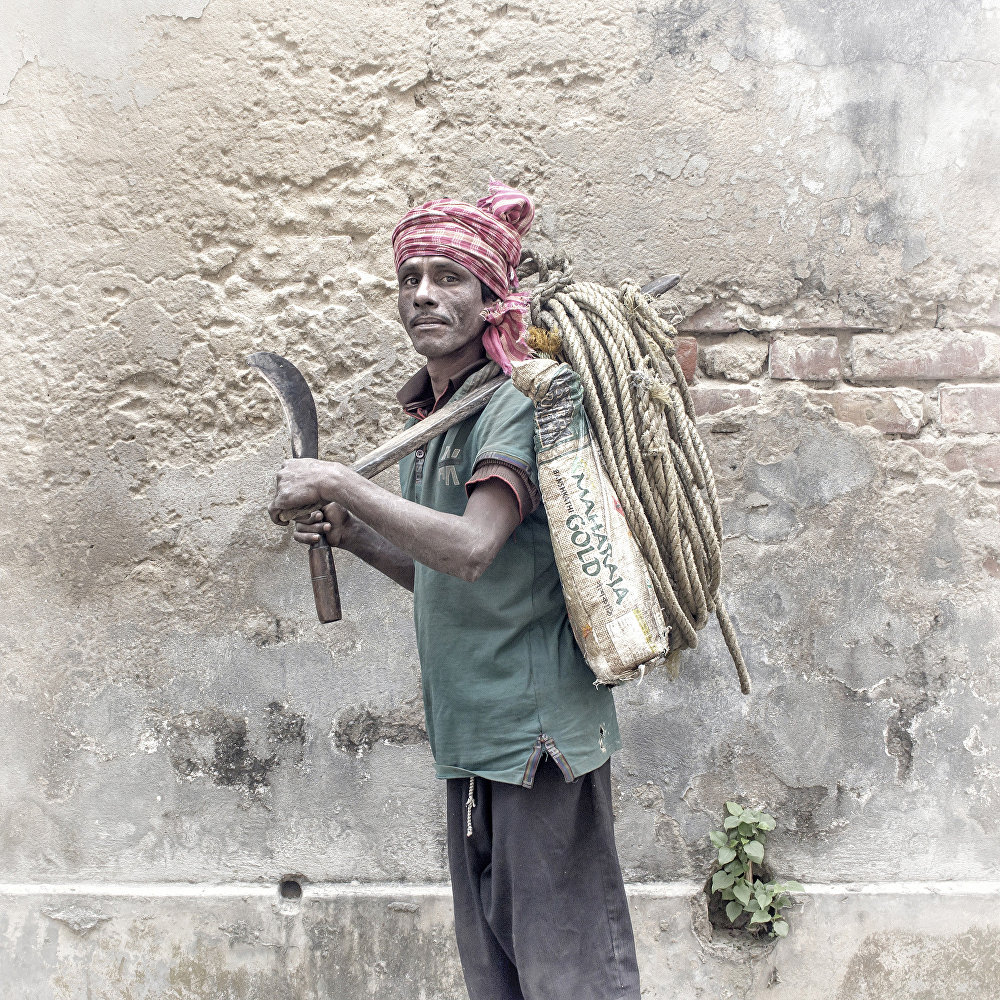 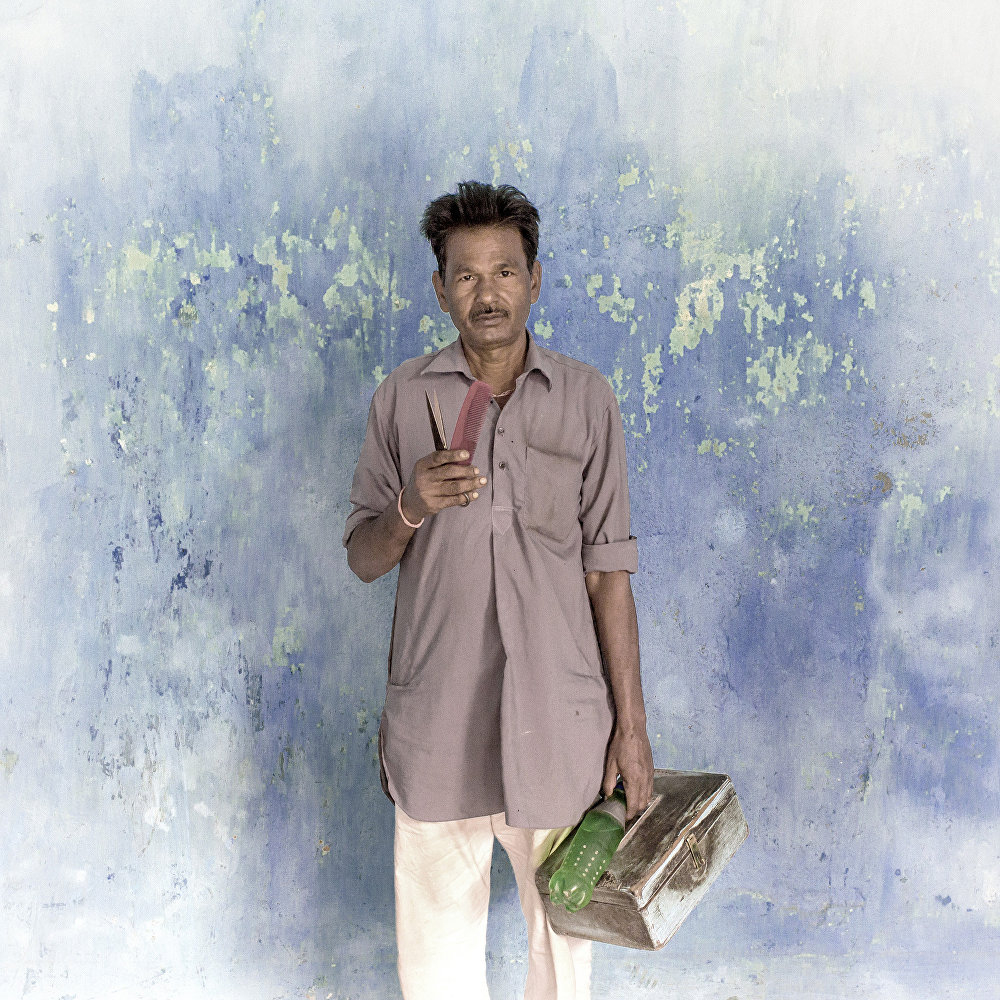 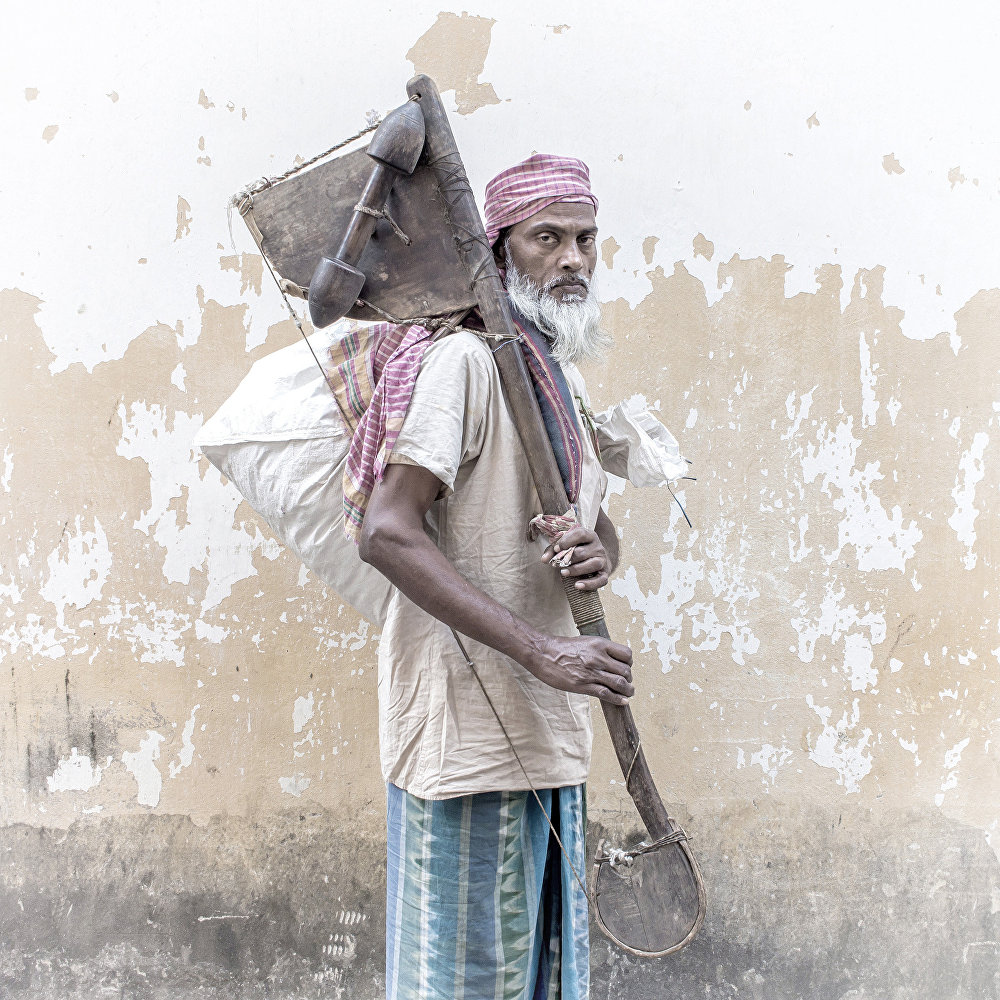 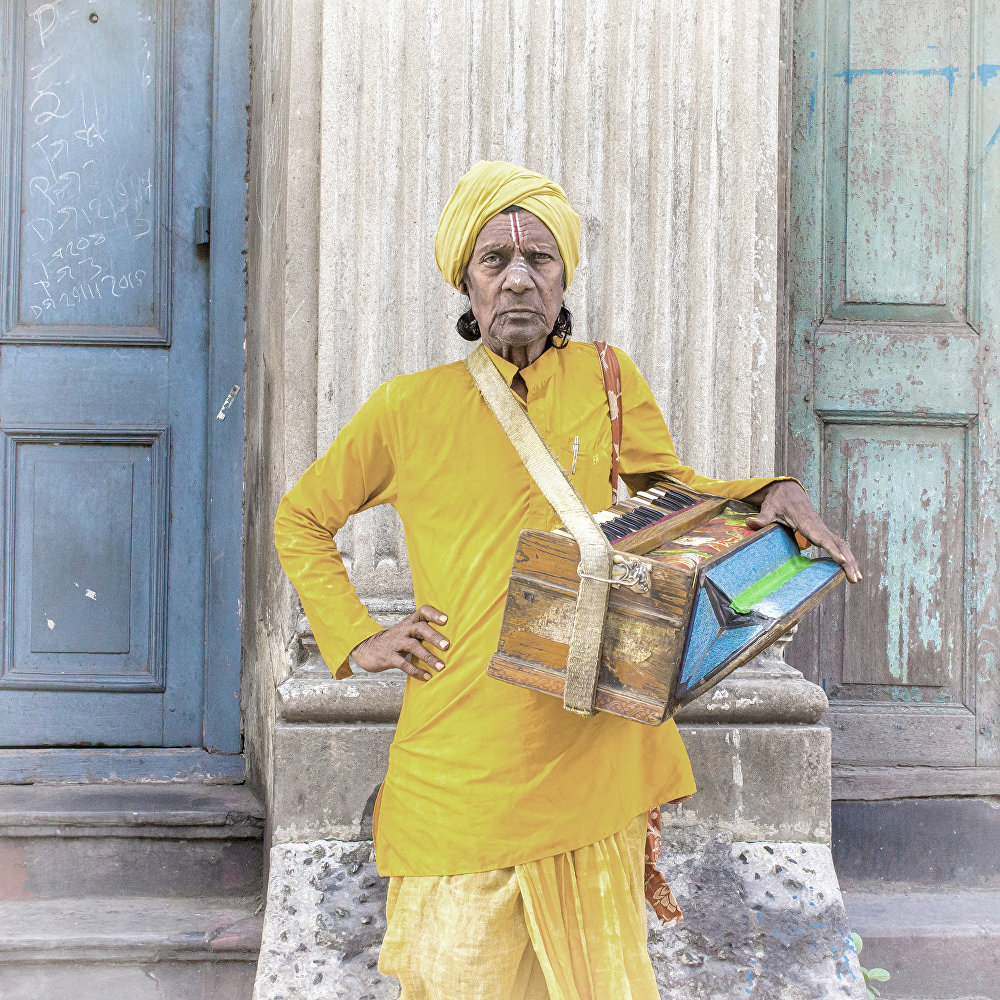 People disguise (Bohuroopi).
“Bohuroopis” are people disguised as mythological characters, mainly Gods like Shiva, etc. They play the roles in the streets, in marketplaces, at religious sites and earn their living. Although they are rarely seen nowadays, and only on special occasions or at festivals and fairs.
Kirtan - a very small band singing mythological songs.
Broadly speaking, these were small groups of people who sang and performed and received food and things in return. Their instruments included mainly the khol, the harmonium and hand cymbals. They sang Hindu prayers and tales from mythology.
Bioscope-man (bioscope-waala/сinema–waala).
These people carried around portable boxes made of tin and we could watch short clips through a keyhole. The box had a gramophone recorder on top and inside the box there were slides of characters in reels. It was played manually. It was very exciting both for the kids and adults in the past.
Glove puppets bеnir putul nacn)
They roamed about in the streets of old Kolkata with puppets made of clay and sticks, dressed in proper clothes. They gave street shows with the puppets. Puppetry is broadly the conveying of a concept to an audience through manipulation (movement by hand directly or indirectly) of an inanimate object.
Monkey dance (bandor-nach).
The sound of Damaru signified the arrival of a Monkey dance, with one or two monkeys with him, dancing to his commands and collecting money from the spectators. This occupation is declining rapidly.
People delivering water (vistiwaala).
Vistiwaalas delivered water to the doorstep in a bag made of goatskin. They could carry up to 25 liters of water, required for domestic purposes, to clean the streets or to be used in stables. This was a practice dating back to the British period. Now it's on the verge of extinction.
Сotton candy seller (boori-r chul).
Cotton candy is famous around the world. We all know it. However, the cotton candy that used to be sold in Kolkata was a bit different. It was smaller and cost less than the original size sweet. Now it can be seen only occasionally.
Sharpening tools (shaan-waala).
The specialty of these people is to sharpen everything that is blunt! They sharpen various instruments used domestically for daily use. They carry around a wooden structure with special blades for sharpening. They wear khaki uniforms with a similar colored turban nowadays.
Tree cutters (gachuni).
To build houses and other buildings, it was necessary to clear the trees of the desired areas. These people were the ones for this job. Ropes, “daa” and “korol” were the necessary equipments for them to cut down the trees. We are now at a loss of greeneries and such manual laborers have decreased.
Street barder (naapit).
We have all been to a salon to get a haircut. Well, these people, Naapits, would come to our doorstep dressed in white clothes (pajamas/dhuti) to give us a trim.They brought a wooden or aluminum box containing all their equipment. But now they have to look for an alternative way to make a living.
Cotton sellers (tulo-waala).
There was much demand for tulowaalas in the past. They would carry a huge sack full of raw cotton and an instrument, dhunachi, which was used to process the cotton and reuse it to make cushions and blankets. Demand for dhunachis and tulowaala has decreased nowadays.
Streer singer (gaan-waala).
We call them Gaan-Waala. They wear very colorful clothes and carry a big instrument called the harmonium. They sing amazing country songs. But today we have no time to listen to their songs so they are also dying out.

This is an ongoing documentary project on occupations that are dying out or extinct in Kolkata. They shaped our society, and society shaped them. But people’s needs changed over time and society adapted accordingly, sacrificing some crucial things along the way. 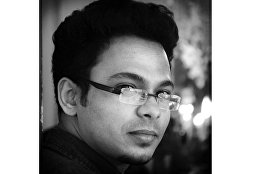