Ebola: Democratic Republic of the Congo 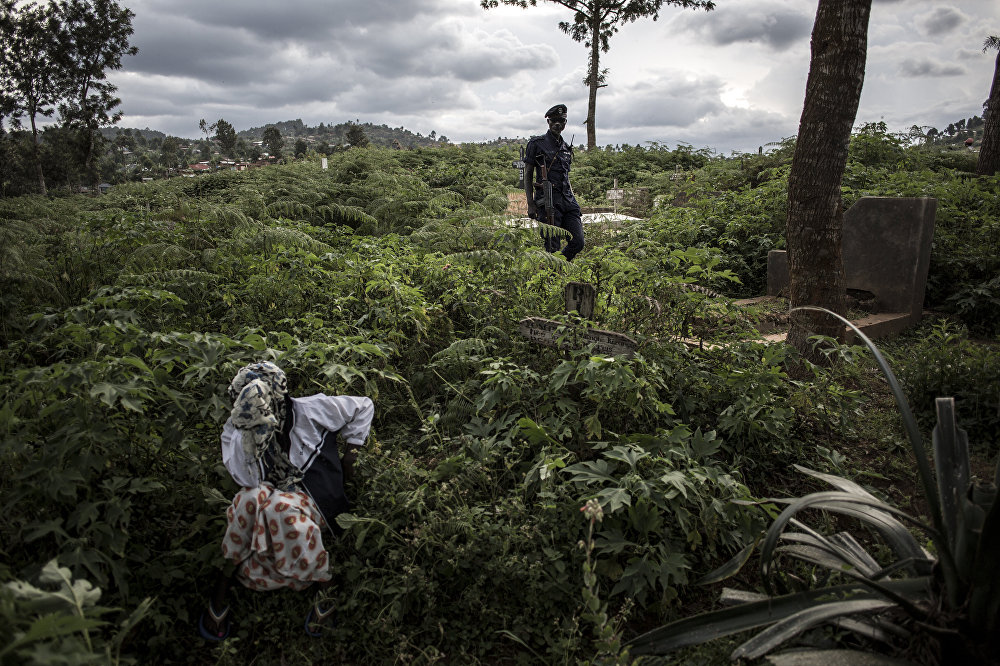 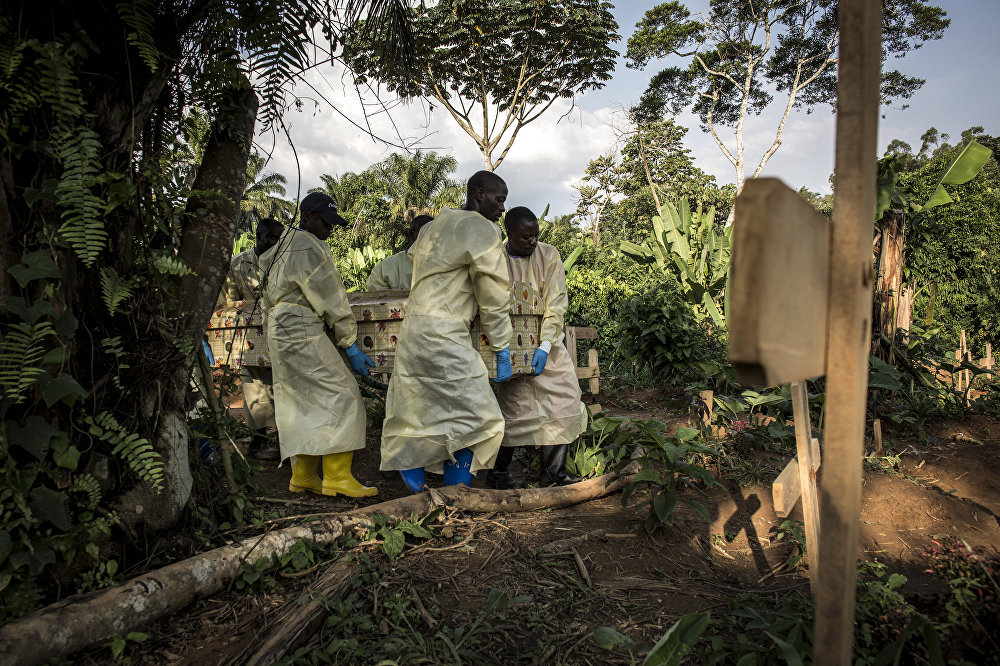 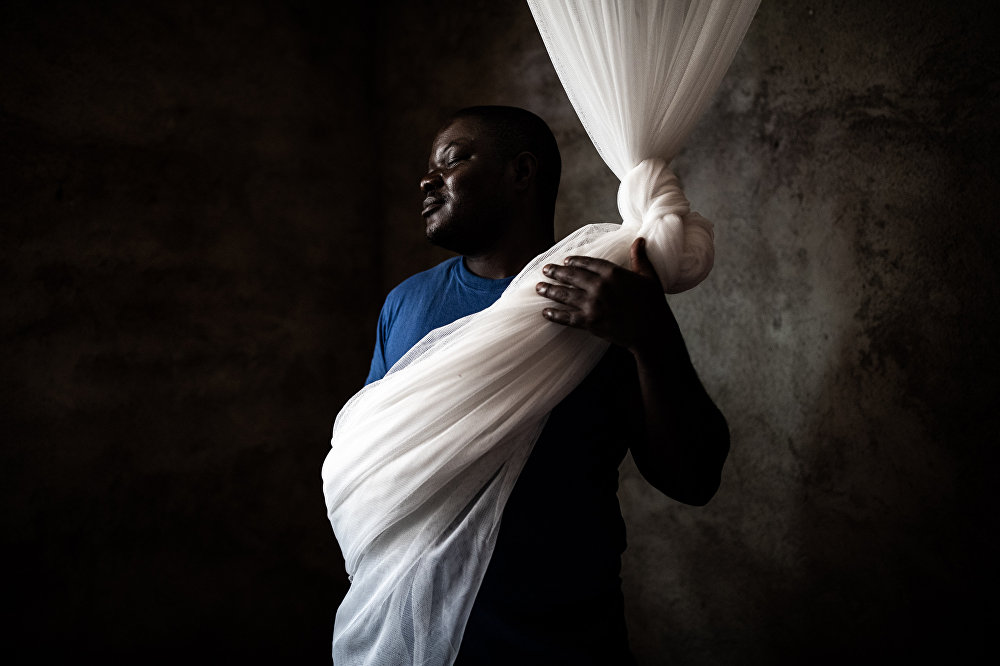 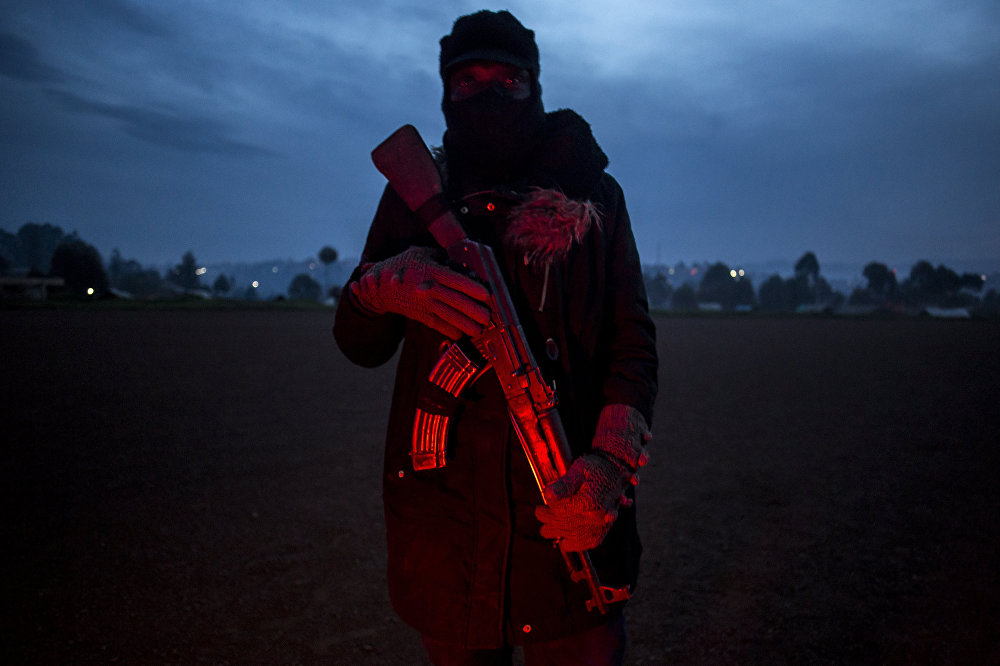 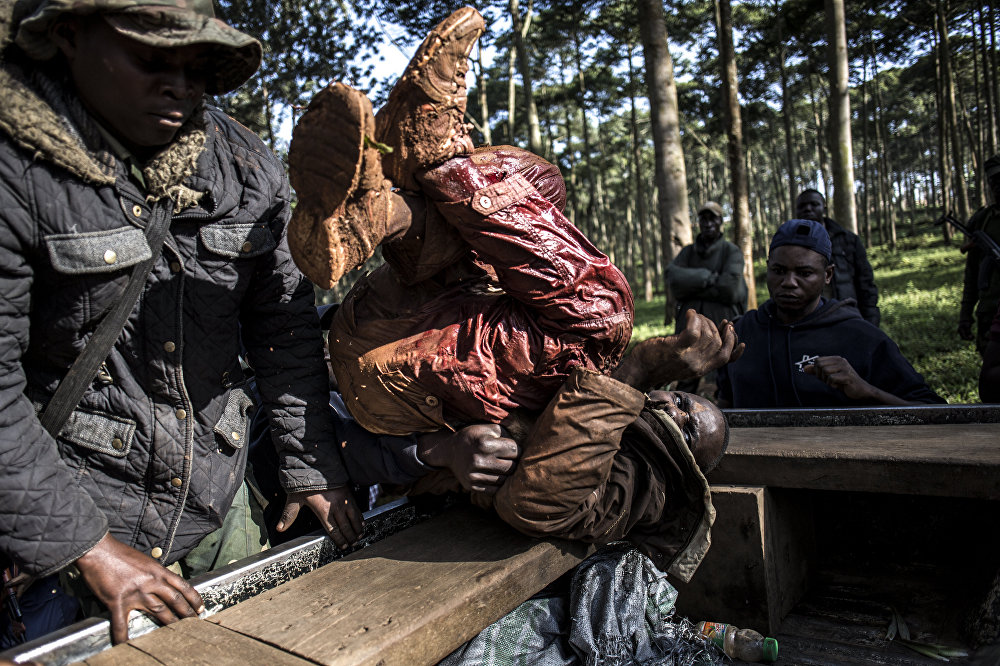 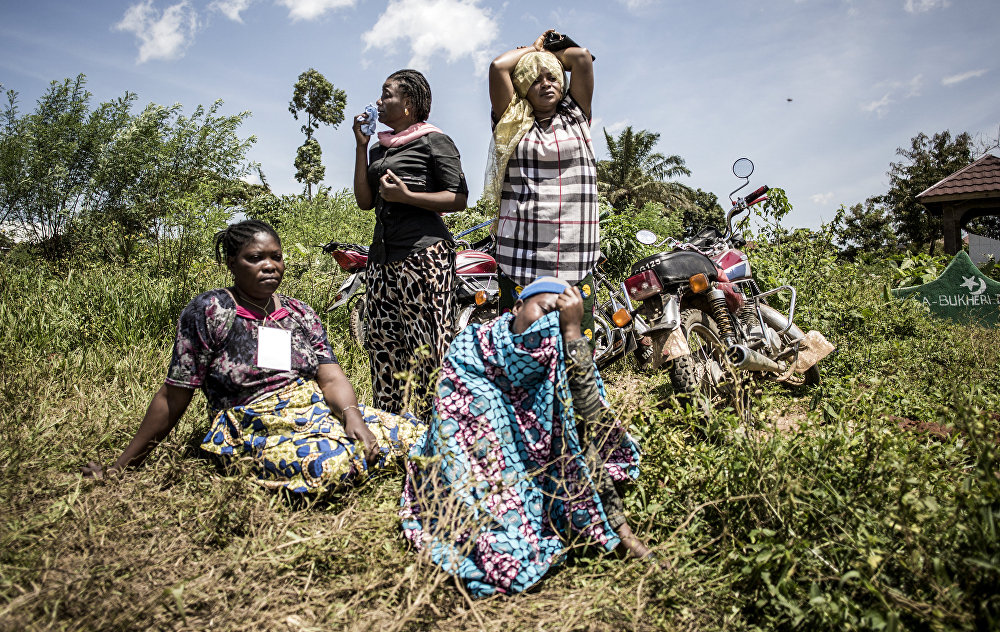 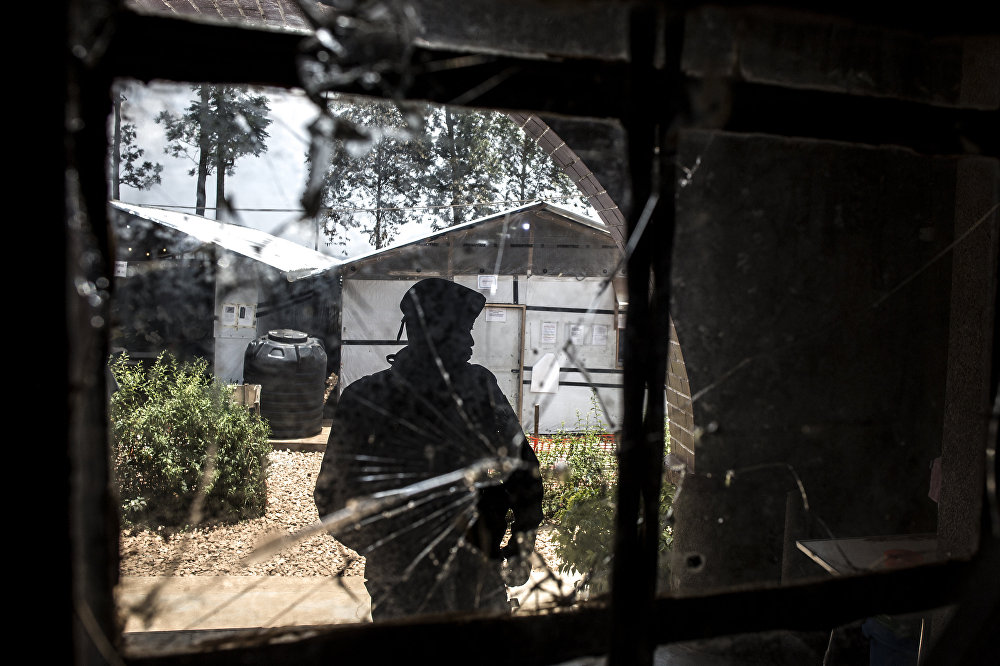 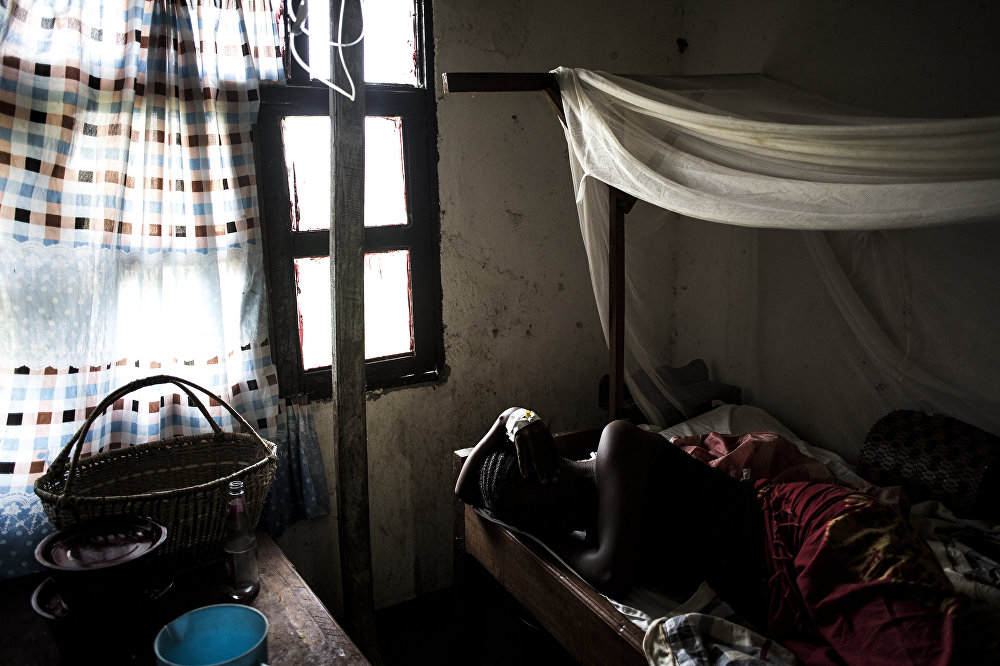 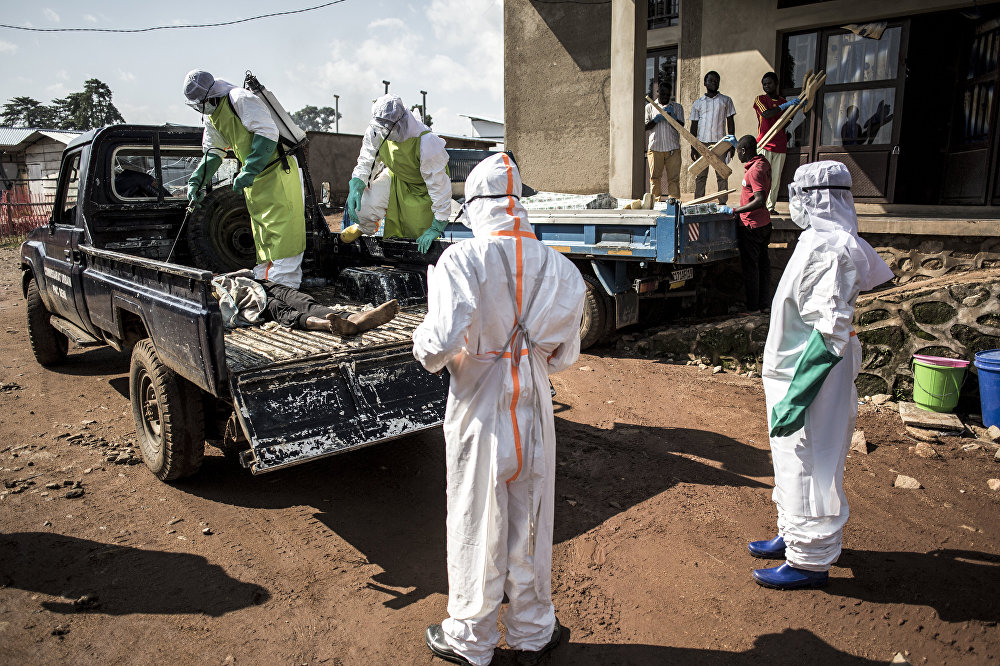 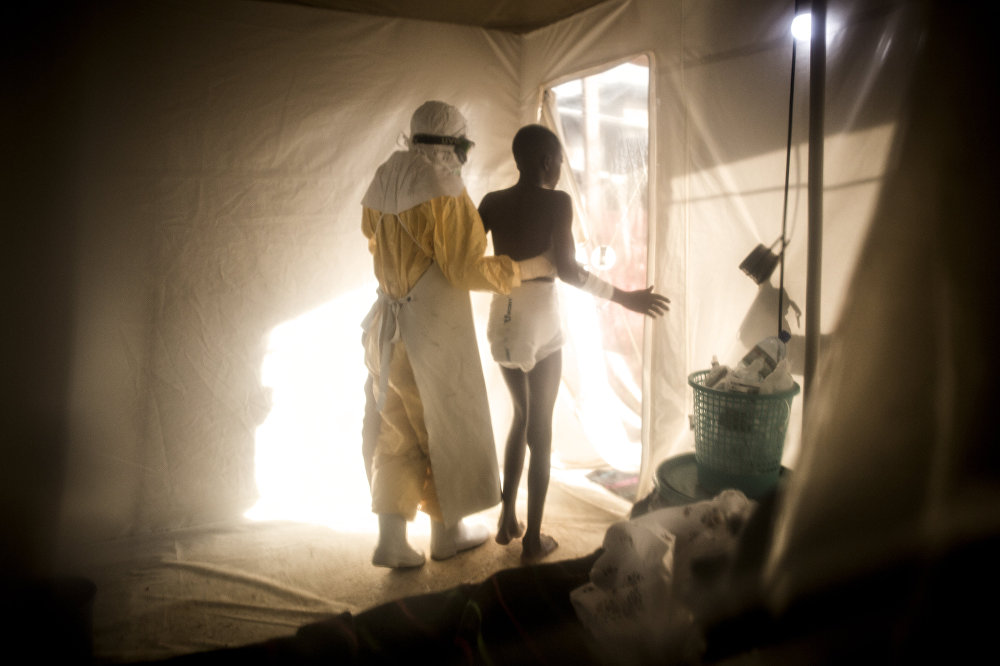 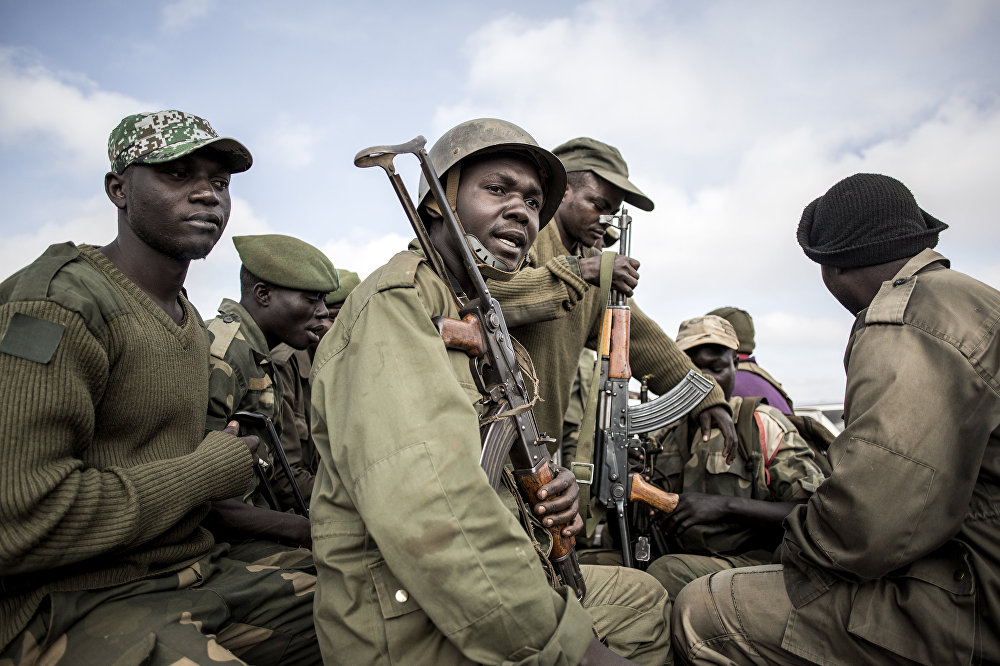 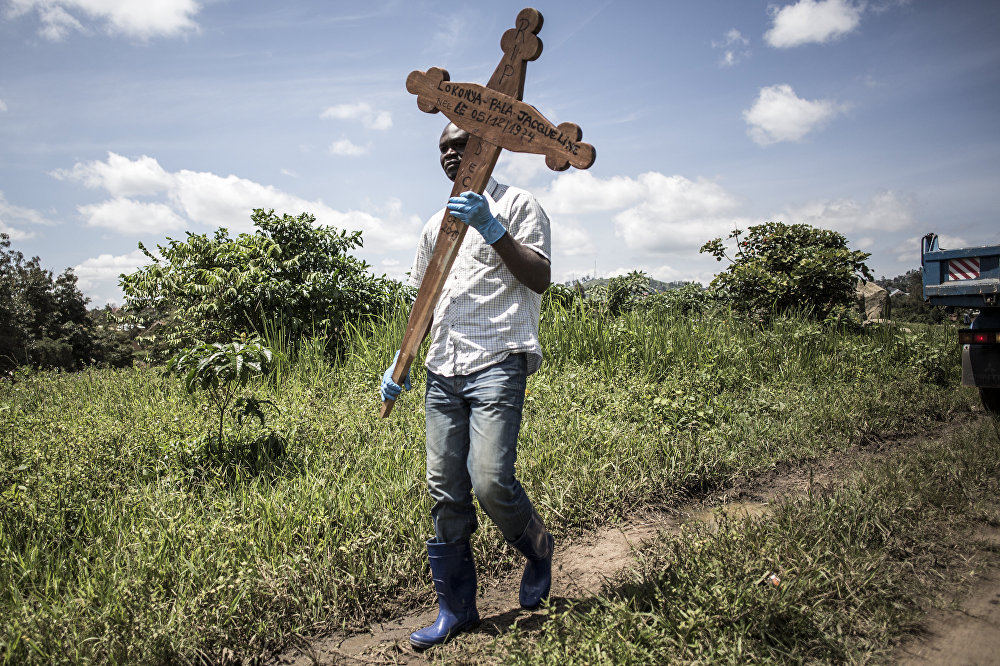 A family member mourns the death of an Ebola victim at a police escorted funeral on May 16, 2019 in Butembo.
Health workers carry the coffin of an Ebola victim on July 15, 2019, in Beni.
Richard, 34, an Ebola survivor and sole parent to two children after his wife passed away from the virus earlier this year, is seen in his bedroom in Beni, north-eastern Democratic Republic of the Congo on September 17, 2019. Since the beginning of the Ebola epidemic in August 2018 there have been over 2,000 deaths and now nearly 1,000 survivors.
A local police officer before a patrol on May 18, 2019, in Butembo, North Kivu. The town of Butembo is at the heart of the Ebola crisis in the North Kivu province. Ebola treatment centers have come under attack frequently by Mai-Mai rebel groups hampering the response.
An injured suspected Mai-Mai rebel fighter is thrown into the back of a truck outside an Ebola Treatment Centre in Butembo, the epicenter of DR Congo's latest Ebola outbreak. Mai-Mai rebels attacked the ETC in the early hours of the morning on March 9, 2019, killing one police officer and injuring another. In the past month alone, there were more than 30 attacks and incidents involving elements of the Ebola response. The outbreak emerged in North Kivu last August and spread to the neighboring Ituri province. It has claimed 561 lives out of 894 recorded cases, according to the latest DRC Health Ministry figures.
Women mourn the death of a family member during a funeral on the outskirts of Beni, North Kivu.
A police officer is seen through a bullet hole left after an attack on the Ebola treatment center the night before.
Desange lies in a clinic in the village of Aloya on June 17, 2019.She is waiting to hear if she fits the definition of an Ebola patient and if she will be transferred to an Ebola Treatment Centre.
Ebola health workers disinfect the body of a thief who was killed by the military the night before, on July 15, 2019, in Beni.
A health worker helps a young man with Ebola out of his isolation cubicle in Beni, North Kivu.
Government soldiers prepare to escort Ebola health workers in and around Butembo on May 18, 2019.
A family member of a deceased Ebola victim carries a cross before the safe burial starts on July 14, 2019 in Beni.

Since August 1, 2018, the Democratic Republic of the Congo has been dealing with the second largest outbreak of Ebola in the world and is said to be the most complex outbreak to date. There have been over 2,000 deaths so far and over 300 attacks on health facilities, which left four people dead and five injured. Health teams have to work under armed escort, resulting in even more confusion throughout the communities affected by Ebola. 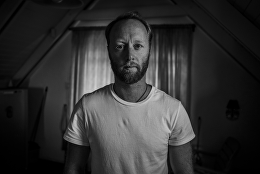 I started as a photojournalist in 2015 in South Africa. Freelanced for AFP throughout southern Africa. In early 2017, I moved to DRC as a stringer for AFP, where I spent 2.5 years. I am currently based in Dakar, Senegal, covering West Africa.