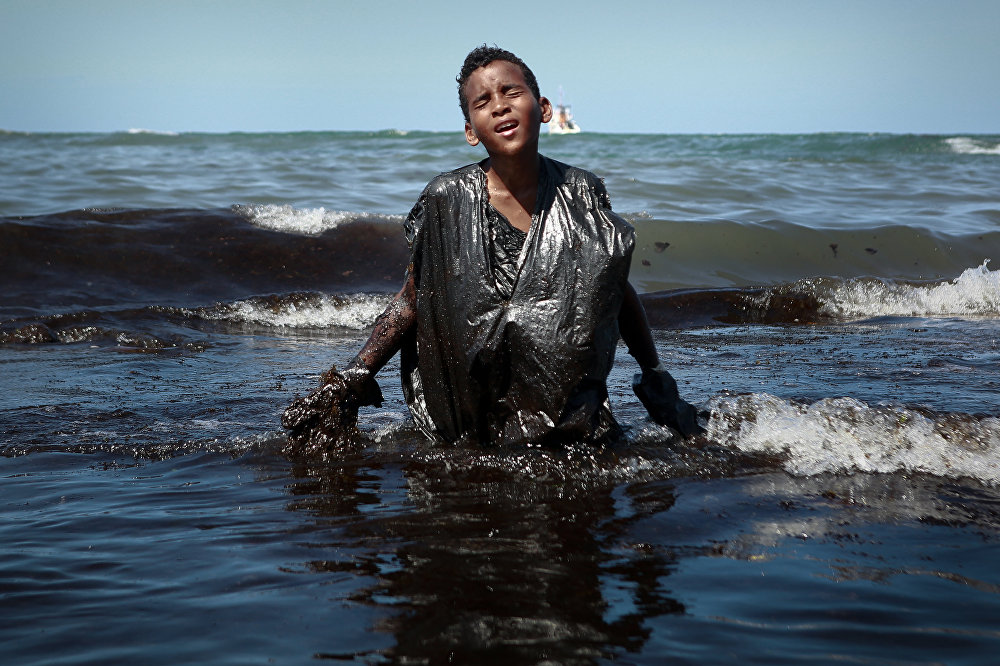 A boy is seen coming out of the sea after work removing oil spilled on Itapuam,a beach located in the city of Cabo de Santo Agostinho, Pernambuco, Brazil, on October 21, 2019. Large blobs of oil staining more than 130 beaches in northeastern Brazil began appearing in early September and have now turned up along a 2,000 km stretch of the Atlantic coastline. The source of the patches remains a mystery despite President Jair Bolsonaro's assertions that they came from outside the country and were possibly the work of criminals. 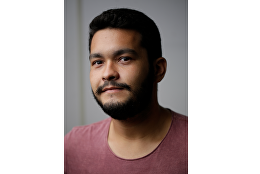 Leo Malafaia is a photojournalist based in Recife, where he works for the local newspaper Folha de Pernambuco and freelances for AFP.