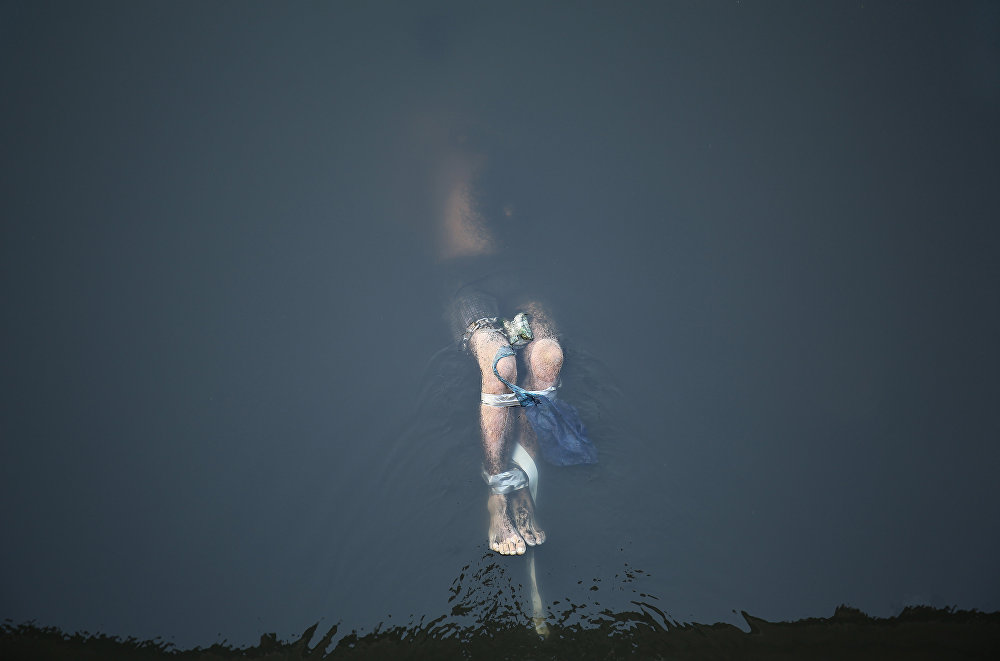 On January 14, 2019, the body of Ferdinand Santos floats, Christ-like, below a bridge in Tondo, Manila, weighted down by a concrete-filled pail with shackles. In 2016, President Rodrigo Duterte launched a nationwide anti-drug campaign, killing thousands of poor people suspected to be linked to drugs. Today, human rights organizations estimate a death toll as high as 30,000. Three years later and the war on drugs rages on. Thousands of cases remain in legal limbo, classified as “deaths under investigation” by the Philippine National Police and never brought to prosecutors. Families of victims are left facing a dead end, unable to achieve justice for their loved ones, citing enormous obstacles to filing cases and obtaining police or autopsy reports, authorities’ failure to investigate, and fear of retaliation. Since 2017, my work has been focused on documenting victims not identified and deaths not investigated amid the president's war on drugs.

I am an independent British investigative journalist and photographer who has been based in the Philippines for the past three years.