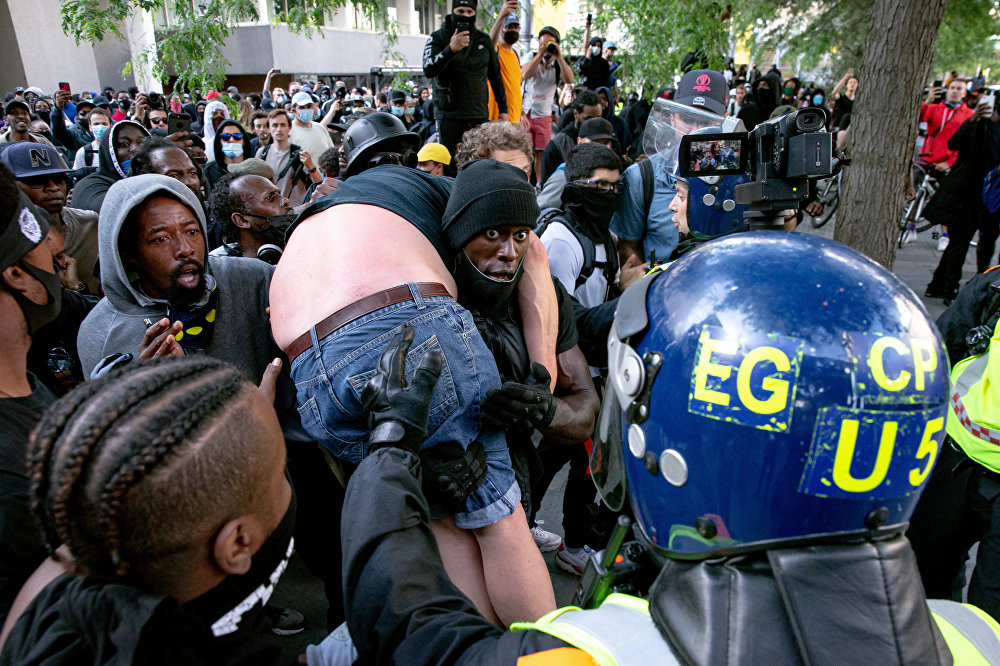 A group of men, including Patrick Hutchinson (carrying the man), help an injured counter-protester away after he was attacked by a crowd of Black Lives Matter supporters on the Southbank on June 13, 2020 in London, United Kingdom. The man, later identified as Bryn Male, was, according to witnesses, “visibly inebriated” and told a BLM protester to “[expletive]  off, nobody cares” before he was attacked and fell to the ground. In an interview, Male said, “They beat me senseless, and then two or three of them, including Patrick, came to rescue me. Patrick put me on his shoulder because he realized I was going to get killed.” Following a social media post by the far-right activist known as Tommy Robinson, members of far-right linked groups gathered around statues in London that were targeted by Black Lives Matter protesters for their links to racism and the slave trade. Bryn said his decision to travel to the protests was motivated by his desire to protect these historic statues. 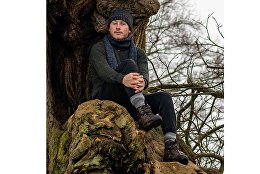 Luke is a 22 year old photojournalist based in Kampala, Uganda. Previously covered politics and other news in and around London. Strings for a variety of organisations, primarily Getty Images.