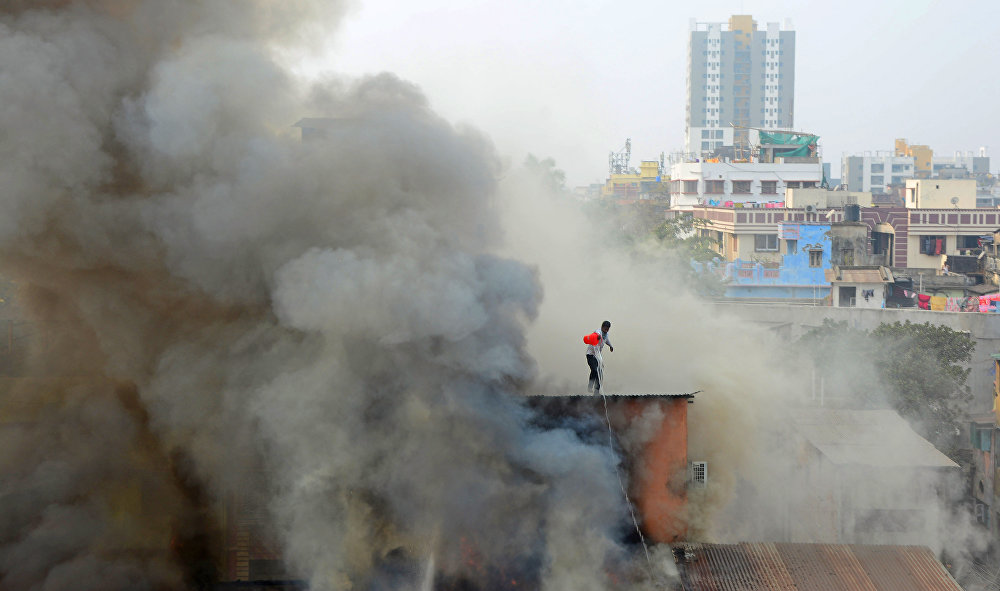 A fire broke out in an edible oils warehouse in Kolkata, West Bengal. It spread at an alarming rate to the adjoining neighborhood, causing alarm among the locals. About 11 fire engines reached the fire immediately after being called in an effort to control the fire. Soon the entire area was covered by heavy smoke. Amidst the chaos, and surprising even the professionals, a local was seen trying to extinguish the fire. Unconcerned about the heat and smoke, risking his own life, he carried bucket after bucket of water in an attempt to save what little was left. Irrespective of how minor his part was that day, his valiant effort left us in awe. 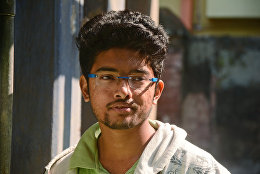 Rahul is a freelance photographer based in Kolkata, India. He studied at the Photography Association of Dumdum in Kolkata. His works have been featured in several competitions. He is currently a freelancer for the newspaper Eisamay.