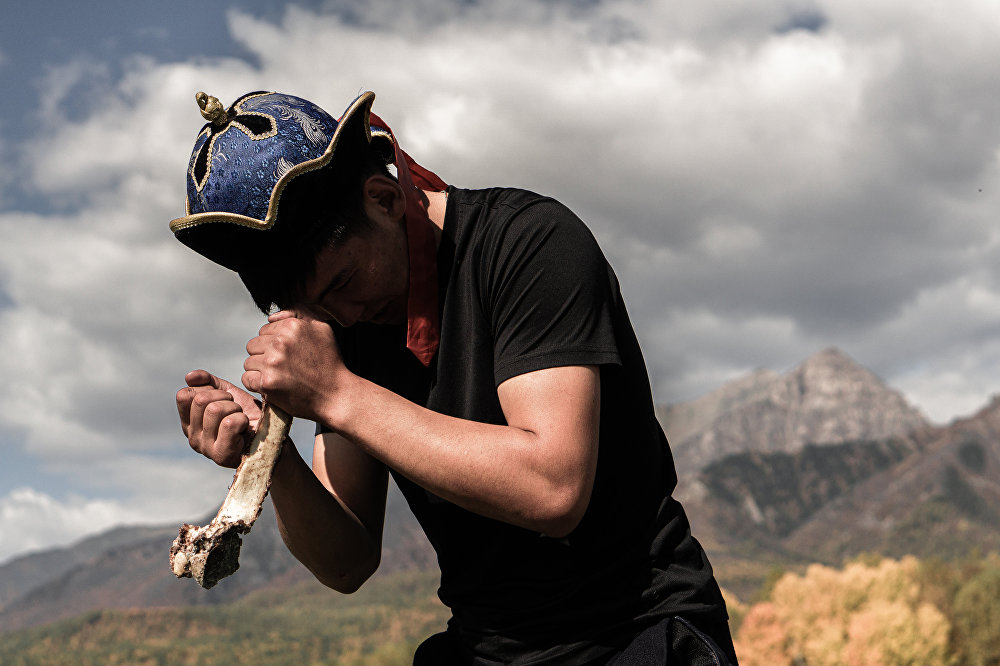 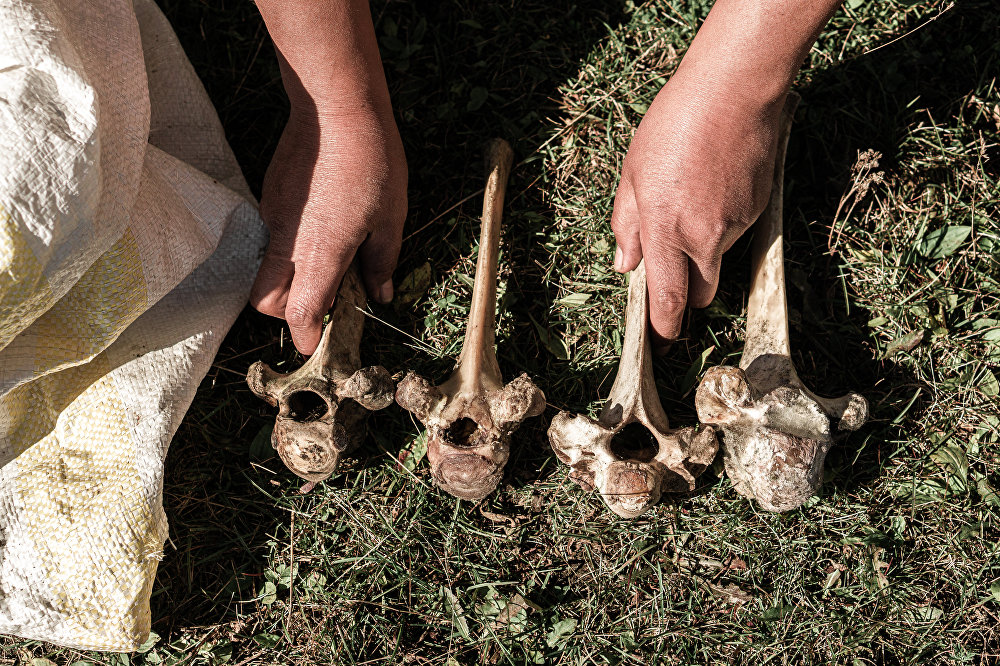 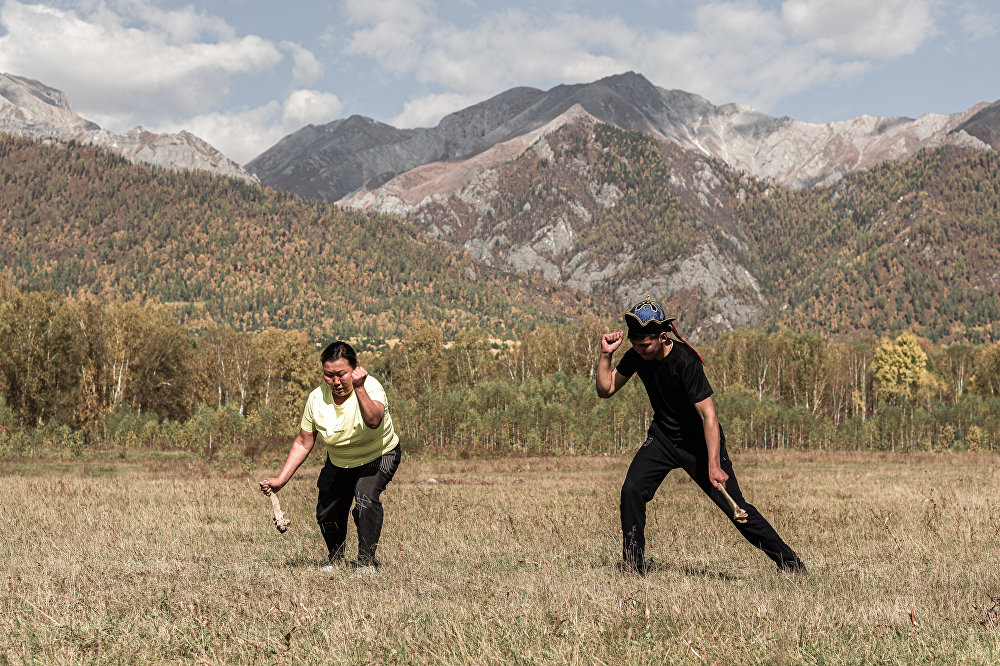 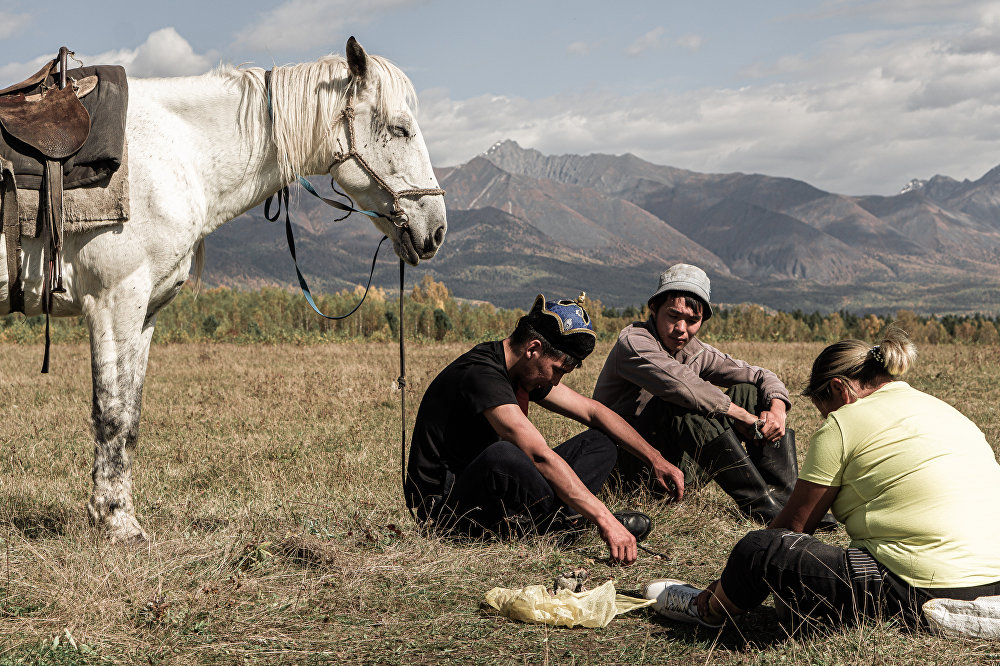 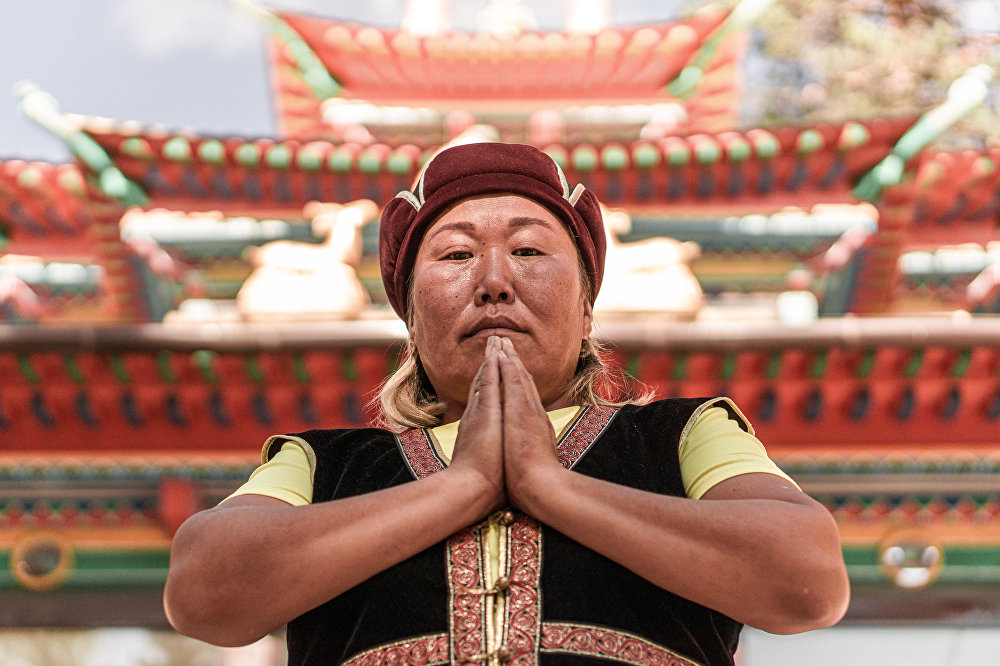 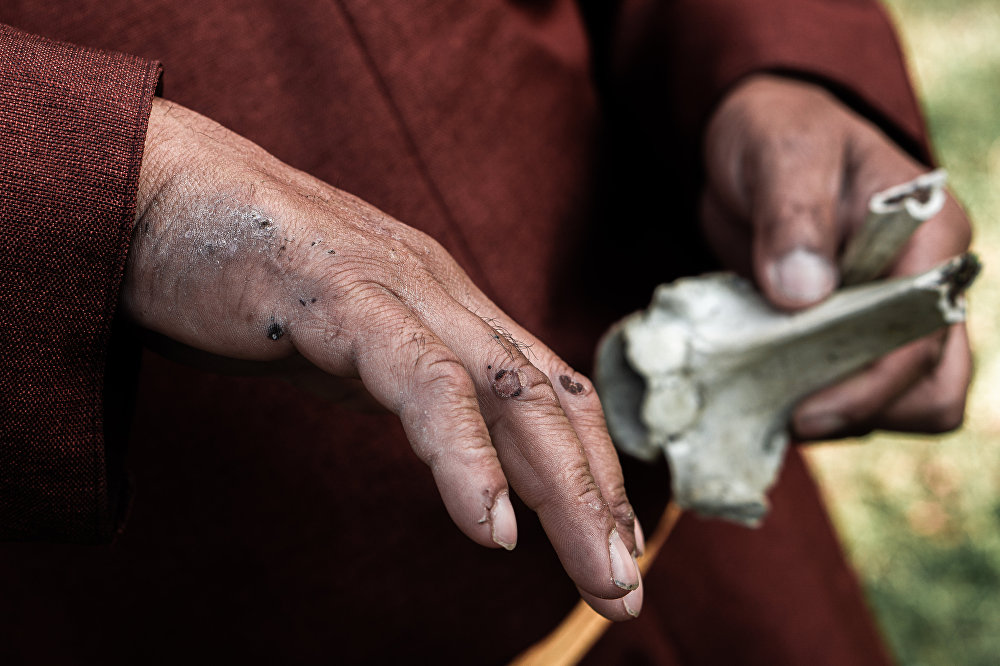 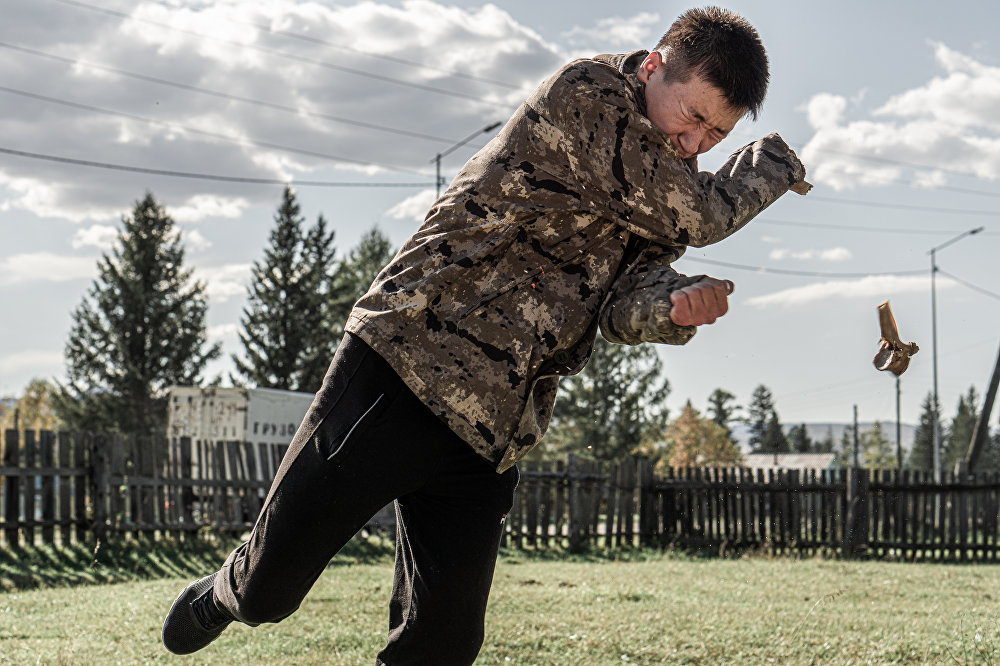 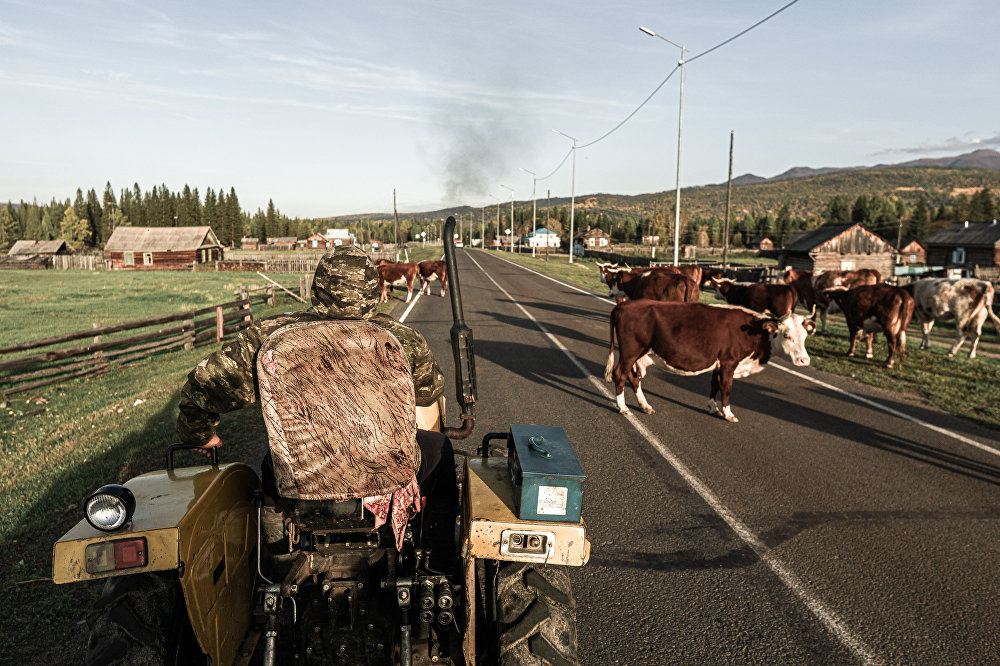 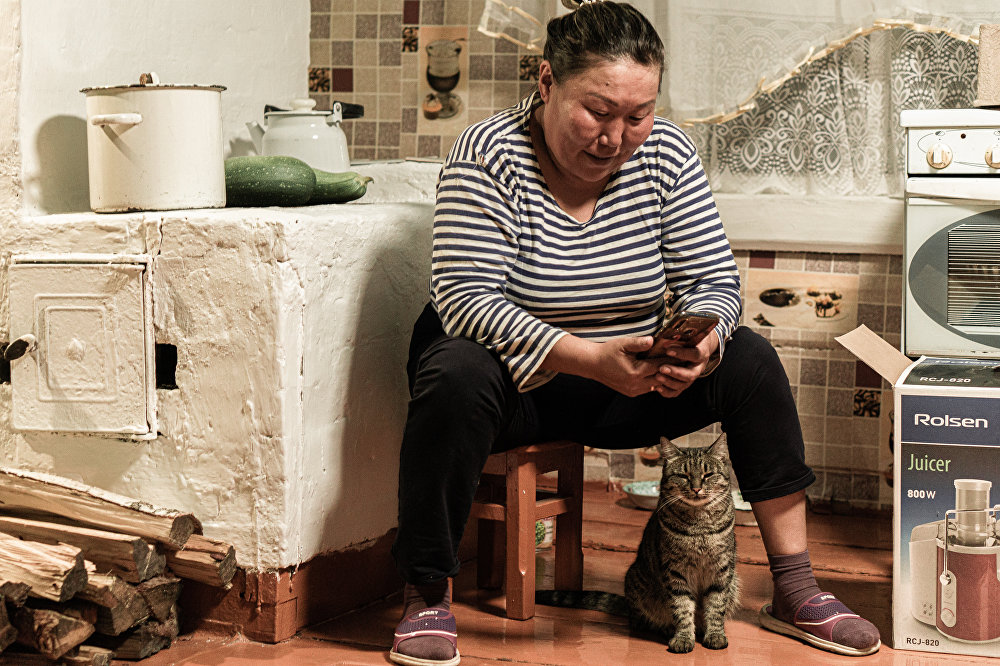 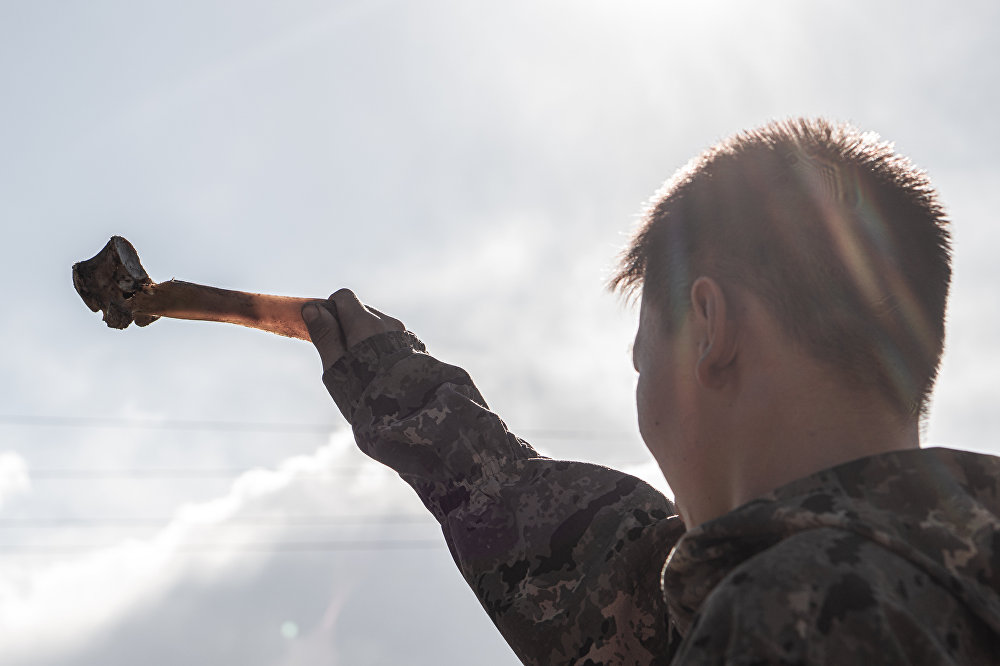 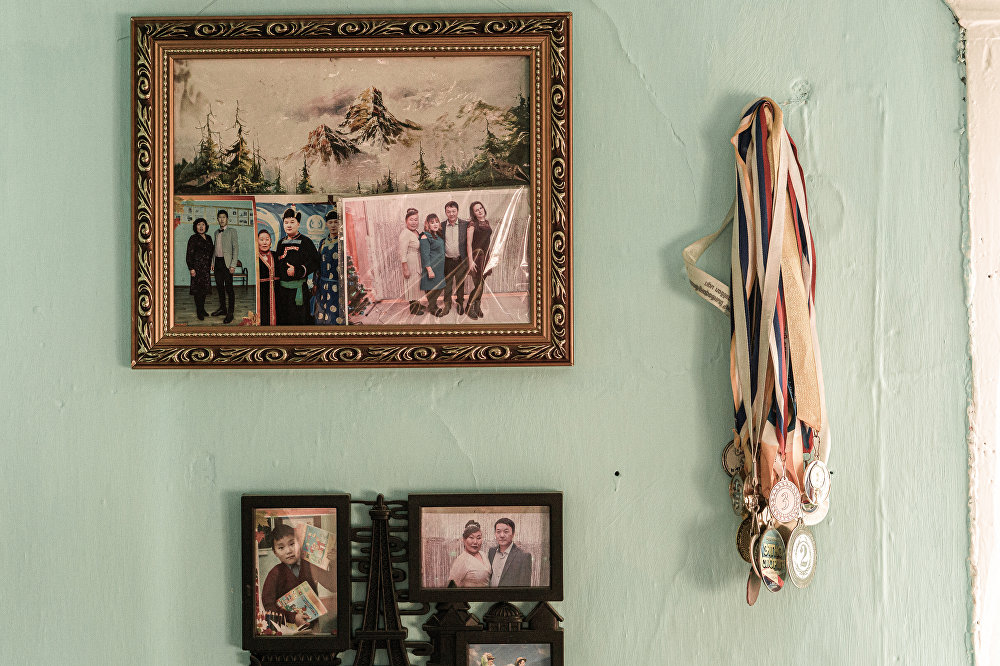 Spirituality
Before hitting, Zhalsyp always puts a bone to his forehead and asks for the animal’s soul to return to life. Zhalsyp Manzarov is one of the most prominent Buryatian bone crushers. In 2020, at the age of 19, Zhalsyp broke a spinal bone of a camel that was as long as his forearm, during the finals of the Altan Mundarga prestigious international tournament. The young man became an absolute champion and won an apartment in a new building in Ulan-Ude.
Apparatus
The bones need to be thoroughly dried and preserved for the competition. It is not easy to find spinal bones. They sell for 200 rubles per piece, which is expensive. Every competitor has to go through the hoops to get them. Zhalsyp Manzarov asks around his numerous cattle-breeding relatives. His friend Ardyn gets bones from his uncle, who works at a café. Dolgor cleans intestines of slaughtered cows in exchange for bones. The ‘haerists’ prefer to practice on sticks, branches and kindling wood. They only use bones for training once a week so as not to lose the skill.
Taking a swing
After a couple of training sessions, Dolgor Angarkhayeva and Zhalsyp Manzarov learned to crush bones simultaneously.
After training
Residents of the Tunkinsky District call themselves mountain dwellers and like to say that they have charisma and fire in their bellies.
Prayer
Before every tournament, the bone crushers pray at the Burkhan Baabai Buddhist temple.
The strike
The bone crushers claim they never think about victory before striking.
Working hand
The bone crushers crush bones with bare hands. It is against the rules to wear gloves or other protection. With a doctor’s permission, they can use bandage or band-aids during competitions. Their hands get swollen, bruised and scraped.
The strike
Dima, 15, is Dolgor Angarkhayeva’s student. He can already crush bones, even if not on the first try.
From the woods
“You know what they call me here? A battle axe,” Dolgor Angarkhayeva shouts. She is driving a Chinese mini tractor. The tractor is crossing the local Dalbaika River, rattling on the cobblestones at the bottom of the river. Dolgor wants to get wild buckthorn that grows in abundance on the other side. While Angarkhayeva picks buckthorn with a scoop (2 buckets in 20 minutes), she smokes one cigarette after another. “I’m smoking not because I want to but because there’s a bear around here,” she explains. “The smell of tobacco will keep it away. It’s okay, don’t be afraid.”
Evening at home
Dolgor Angarkhayeva is a physical education teacher in Turan. Four years ago, she came to watch a bone-crushing tournament. She saw a finalist failing to crush a bone, so she had a go and crushed it. The next day, she got a call from the competition founder Gombo Zurbakov. He offered to train her.
What’s inside?
Historians believe that Buryatians and Mongols invented haer shaalgan in the 17th century BC. Animal farmers played bone crushing in November and December during the butchering season. Spinal bones were boiled separately. The family and guests gathered around a table. They ate the meat off the bones (the meat on the spinal bones was considered the most delicious) and then tried to break them. It was a game for both men and women of all ages. It had a sacred meaning as well: breaking a bone meant releasing the animal’s soul. A cow would be able to reincarnate.
Most precious
Dolgor Angarkhayeva keeps the photographs of her family and her medals on display at home.

Haer shaalgan, or breaking spine bones, is an old Buryatian pastime that was recognized as a national sport in 2020. Players try to break a cow or camel bone with the sharp movement of their hands. In popular Buryatian competitions, bone crushers can win cars and apartments. Thirty people participated in the first competition in 2013 and by 2020, the number grew. In haer shaalgan, 7 of the 13 largest bones from the same cow, bull or camel are used. Each bone must be at least 30 cm long, 4 cm wide and 6 mm thick. There are more than 20 tactics and the bone crushers often invent their own. They hit from the front, on the sides, while jumping and even from behind. This is a story about bone crushers from the Tunkinsky District of Buryatia. Khoito-Gol is a remote town, surrounded by the Sayany Mountains on three sides. Locals believe that its isolation helped preserve the custom of bone crushing. 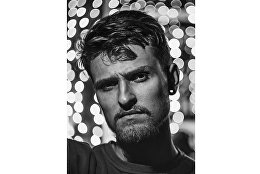 Photojournalist from the Republic of Buryatia, Russia. He lives in Ulan-Ude and works at the Inform Polis Publishing House. He also freelances for the Lyudi Baikala magazine.